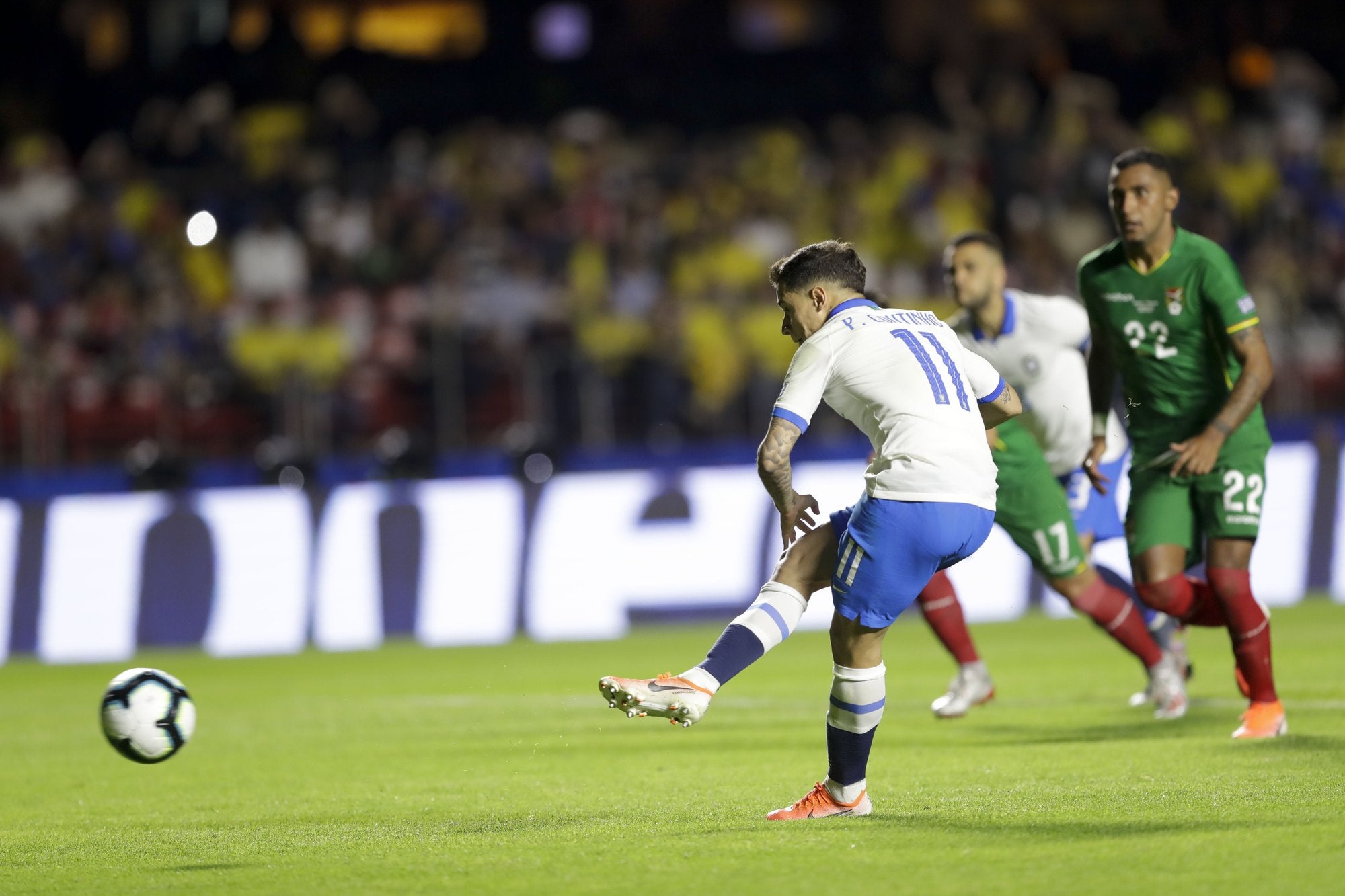 SAO PAULO — Philippe Coutinho helped Brazil overcome the absence of Neymar by scoring twice in Brazil’s 3-0 win over Bolivia in the opening match of the Copa America on Friday.

Coutinho converted a penalty kick awarded by video review in the 50th minute and headed in a cross by Roberto Firmino in the 53rd, helping the hosts overcome a lackluster first half that prompted jeers by the local crowd at halftime.

Substitute Everton also scored in the second half to help ignite the fans at the Morumbi Stadium, keeping Brazil on track for its first South American title since 2007.

Brazil’s debut came with Neymar still attracting most of the attention even though he is not playing in the tournament because of an ankle injury. Neymar on Thursday appeared at a police station amid a media frenzy to answer questions about a rape allegation from a Brazilian woman who visited him in Paris. He has denied wrongdoing.

Brazil felt Neymar’s absence in the first half, with its attack unable to do much against the Bolivian defense. Young Ajax forward David Neres, replacing Neymar in the starting lineup, couldn’t add the spark Brazil needed up front. Firmino and Richarlison also couldn’t get anything going early on, leading to the halftime jeers by most in the crowd of 46,342 at the Morumbi.

It didn’t take long for Brazil to get the crowd back on board in the second half, with Coutinho opened the scoring from the penalty spot after video review determined a handball by Bolivia defender Adrian Jusino.

The midfielder quickly added the second minutes later with a close-range header after Firmino’s well-placed cross.

Everton, who replaced Neres, sored the third goal with a right-footed shot from outside the area after clearing a couple of defenders.

Brazil next faces Venezuela in Group A, while Bolivia hosts Peru. Venezuela and Peru play their opener on Sunday in Porto Alegre.

An eight-time Copa America champion, Brazil has won the tournament all four previous times it hosted the event, the last time in 1989.

Brazil was wearing a white jersey in honor of the 100th anniversary of the team’s first South American title in 1919.

Bolivia won its lone Copa America title in 1963 at home. It didn’t get past the group stage in 2016, but made it to the quarterfinals in the 2015 tournament.

Among those at the Morumbi on Friday was Brazil President Jair Bolsonaro.