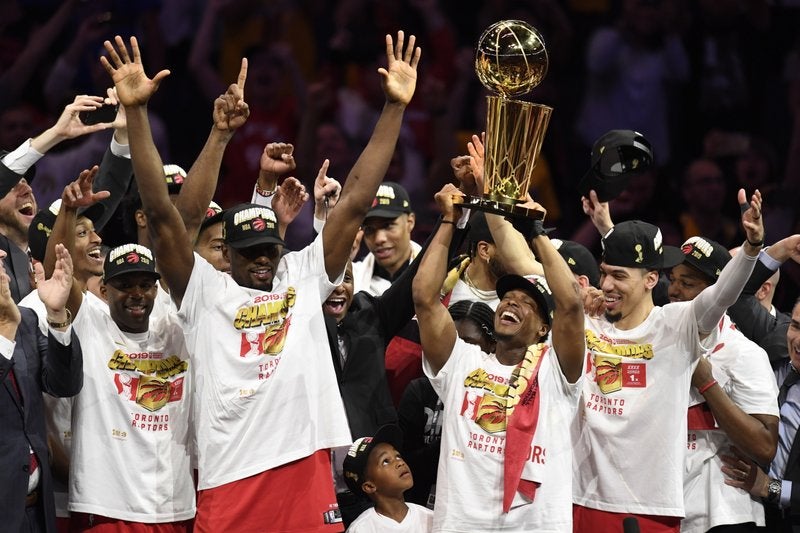 The sixth game of the NBA Finals, where the Toronto Raptors dethroned the depleted Golden State Warriors, was seen by 18.76 million viewers in the United States, according to the Nielsen company. The final two games buoyed ABC, which had been suffering in the ratings with the series between a Canadian opponent and a team competing in its fifth consecutive finals.

The seventh game of the NHL Stanley Cup Finals, won by the St. Louis Blues over the Boston Bruins, was seen by 8.76 million viewers, Nielsen said.

The NBA Finals, plus a few game shows, helped ABC to the week’s ratings championship.

ABC averaged 6.1 million viewers in prime time. NBC had 4.1 million, CBS had 3.8 million, ION Television had 1.4 million, Telemundo had 1.2 million, Univision had 1.1 million and the CW had 630,000. Fox’s average was not immediately available.

ABC’s “World News Tonight” topped the evening newscasts with an average of 7.6 million viewers, NBC’s “Nightly News” had 6.8 million and the “CBS Evening News” had 5.2 million.