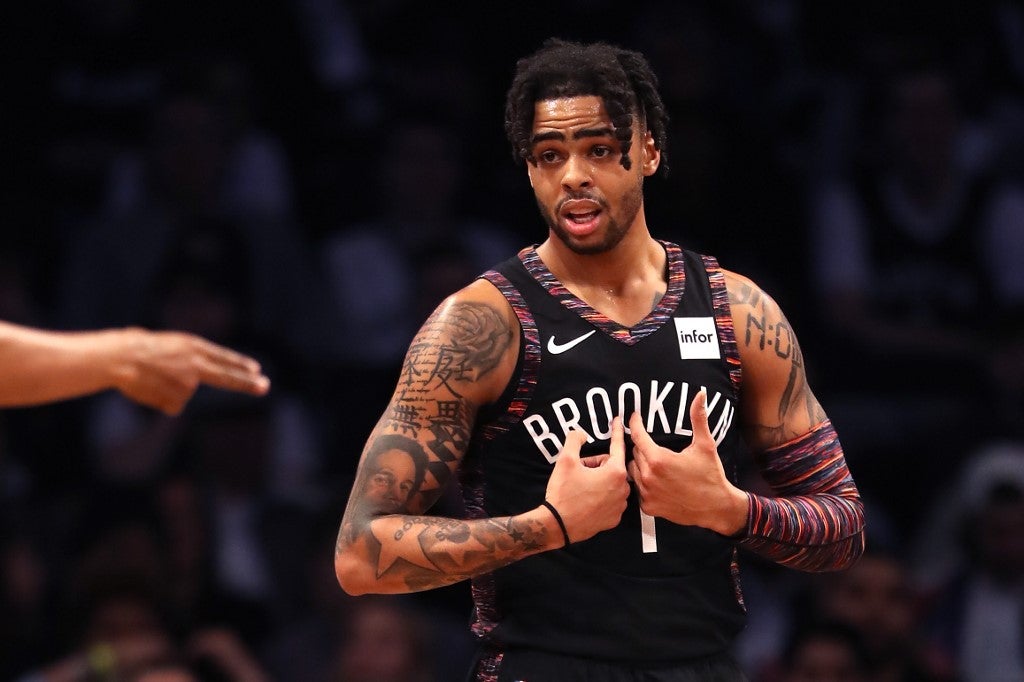 FILE – D’Angelo Russell #1 of the Brooklyn Nets reacts after a call in the second quarter against the Philadelphia 76ers during game three of Round One of the 2019 NBA Playoffs at Barclays Center on April 18, 2019 in the Brooklyn borough of New York City. Elsa/Getty Images/AFP

NEW YORK — A person with knowledge of the details says the Brooklyn Nets have extended a qualifying offer to D’Angelo Russell, making the point guard a restricted free agent.

The decision Friday allows the Nets to match any offer Russell receives from another team. It was confirmed to The Associated Press on condition of anonymity because there was no official announcement.

The Athletic first reported the qualifying offer. Without it, Russell would have become an unrestricted free agent Sunday.

Russell was an All-Star for the first time after leading the Nets to a 42-40 record and averaging 21.1 points.

But his return is far from certain, with the Nets able to afford two top free agents and considered one of the favorites to land Kyrie Irving, who plays Russell’s position.