‘I know how to play’: Serena Williams says she’s ready for Wimbledon 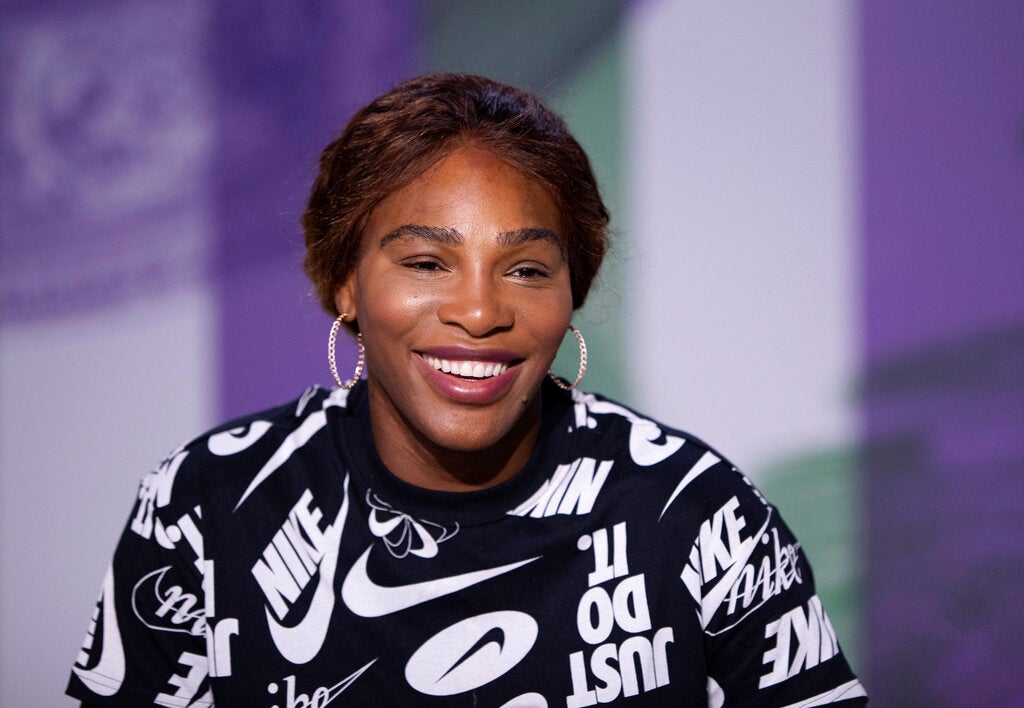 WIMBLEDON, England — It’s hard to know exactly what Serena Williams will be able to do over the next two weeks at the All England Club.

On the one hand, due at least in part to an injured left knee, Williams is short on matches and training time this season, factors she cited after her third-round exit June 1 at the French Open, her most recent tournament.

She has only 12 tour-level matches so far in 2019. Just four of the other 127 women in the Wimbledon field have fewer; 105 have at least twice as many.

Even Saturday — when she declared she’s “feeling better” and her coach, Patrick Mouratoglou, said the 37-year-old American “doesn’t have pain anymore” — Williams let out a chuckle when she proclaimed, “I’ve had a good week and a half.”

Hardly the ideal amount of practice to try to get ready for Grand Slam competition.

And yet, on the other hand, as Williams put it with a wry smile, “I know how to play tennis.”

This is, after all, a seven-time champion and three-time runner-up, including last year, on the grass at Wimbledon, where play begins Monday. She also is the owner of 23 Grand Slam singles trophies in all, more than anyone else in the professional era and one shy of equaling Margaret Court’s record for the most in tennis history.

“She didn’t do anything, really, like what she usually does, in terms of results this year. Even in Australia, she lost quite early for her, the quarters. So she hasn’t played her best,” Mouratoglou said, before uttering a single sentence that speaks volumes: “But she’s Serena.”

“And,” he added in an interview, “the weapons she has are probably even more efficient on grass than on any other surface.”

After the French Open, and her earliest loss at any major since 2014, Williams stuck around in Paris to see doctors.

Then, as usual, she skipped all tuneup events on grass. Williams started practicing in the middle of last week, starting with about a half-hour on court on Day 1 and working her way up to a couple of hours, plus gym time, by Day 4.

“The great news is she’s pain-free now. In Roland Garros, she was in a lot of pain. The preparation was difficult because of that reason. So we were more trying to deal with the pain, rather than prepare for a Grand Slam,” Mouratoglou said. “Here, it’s different. We got rid of the pain 15 days after Roland Garros and we finally prepared the way we want to prepare. It was a bit short, but she’s doing better every day. The surface is great for her. She doesn’t have pain anymore. It’s heaven.”

Williams could get a chance to ease into things. Her first-round opponent is qualifier Giulia Gatto-Monticone of Italy, who will be making her debut in Wimbledon’s main draw. Next might come another qualifier.

Then things should get more interesting. Quickly. In the third round, Williams could face No. 18 seed Julie Goerges, her semifinal opponent a year ago. Get past her, and defending champion Angelique Kerber might be waiting. Get through that test, and No. 1 Ash Barty could be next. And that would only be to make the quarterfinals.

Indeed, that entire quarter is the bracket’s most challenging. Past Wimbledon champions Maria Sharapova and Garbine Muguruza are there, along with grass-court talents such as No. 13 Belinda Bencic, No. 22 Donna Vekic and Alison Riske.

“Everyone called it the ‘Death Quarter,’ so I had to look,” Vekic said. “It’s definitely a tough part of the draw.”

“It’s tough for the others,” he said. “I wouldn’t want to be in the part of the draw that Serena’s in.”

For quite some time, that’s been the thinking around tennis. Even in 2018, when Williams returned after more than a year off the tour while having a baby, she reached two Grand Slam finals.