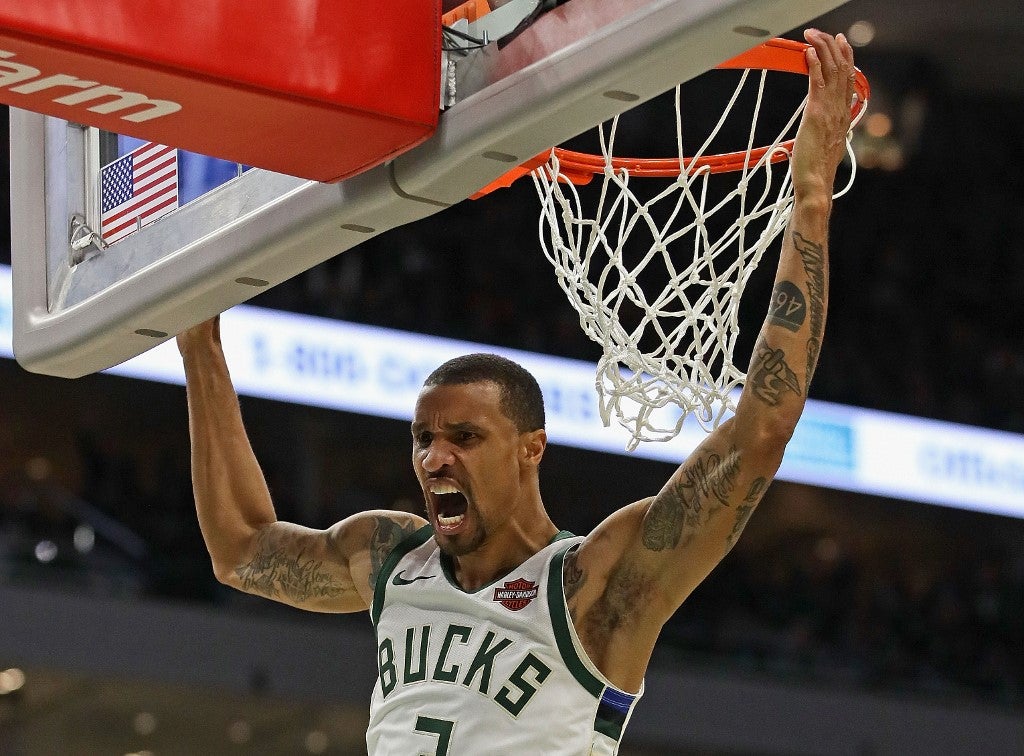 George Hill #3 of the Milwaukee Bucks yells after a dunk against the Boston Celtics at Fiserv Forum on May 08, 2019 in Milwaukee, Wisconsin. The Bucks defeated the Celtics 116-91. NOTE TO USER: User expressly acknowledges and agrees that, by downloading and or using this photograph, User is consenting to the terms and conditions of the Getty Images License Agreement. Jonathan Daniel/Getty Images/AFP

The team said Tuesday that Hill, who was acquired from Cleveland in December in a five-player, three-team trade, will return on a three-year deal.

“George is a consummate pro and an important part of our team,” said Bucks general manager Jon Horst. “His veteran leadership and steady guard play were instrumental to our success last season, both during the regular season and the playoffs. We are thrilled to have him back with the Bucks.”

The Bucks finished 60-22 last season for the NBA’s best record and their first 60-win season since 1980-81. The Bucks lost to Toronto in the Eastern Conference finals.

Hill has played 11 seasons in the NBA, including stints with the Spurs, Pacers, Jazz, Kings and the Cavaliers. He was the 26th overall pick by San Antonio in the 2008.