Orphan goes from sniffing ‘Rugby’ glue to playing for Philippines 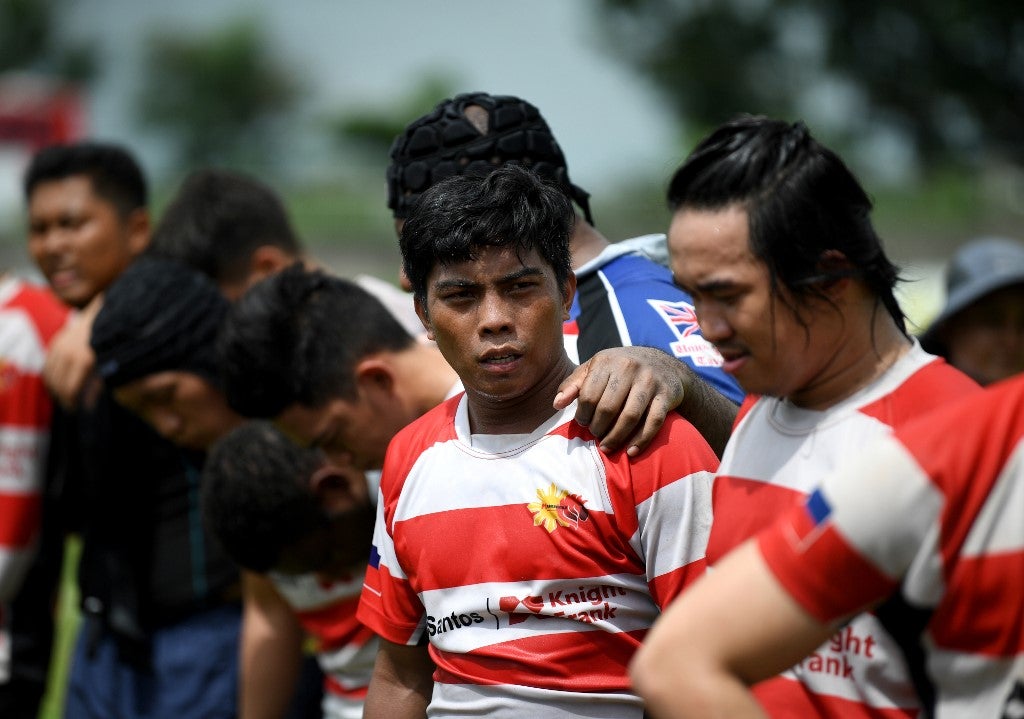 This photo taken on June 15, 2019 shows Lito Ramirez (C) during a rugby match in Silangan, Laguna, south of Manila. – Long before Lito Ramirez was one of the Philippines’ first homegrown rugby stars he was a six-year-old orphan addicted to sniffing glue, who survived on trash and begging. In 2015, Ramirez was one of the first born and bred Pinoys (Filipinos) to land a spot on the Philippines national squad, the Volcanoes. (Photo by Noel CELIS / AFP) / TO GO WITH RugbyU-WC-2019-PHI-Philippines-Ramirez, FOCUS by Joshua MELVIN

Long before Lito Ramirez was one of the Philippines’ first homegrown rugby stars he was a six-year-old orphan addicted to sniffing glue, who survived on trash and begging.

If there was any luck in his hellish world, it was that the brand of glue he and other street kids used to get high was called “Rugby”.

The name still resonated with Ramirez years after he stopped using and was building his life in a Manila orphanage.

Counselors there had urged him to pick a sport, but he didn’t like football or basketball, the national obsession. Then they asked him if he wanted to give rugby a try.

“I didn’t have any idea it was a sport,” he told AFP. “I thought it was the glue. That’s why I chose rugby for sports.”

This fateful misunderstanding would redirect his life, giving the scrappy five-foot six-inch wing/fullback a way off the streets and into the sort of full-time career he can only have dreamt about.

It culminated with him becoming, in 2015, one of the first born and bred Pinoys (Filipinos) to land a spot on the Philippines national squad, the Volcanoes.

To this day, the team is composed mostly of foreign-born players whose primary tie to the nation is a Filipino parent.

‘He’s been through it all’

Jake Letts, general manager of the Philippine Rugby Football Union, has watched Ramirez develop from a raw talent to what he called a “dangerous” player on the pitch.

“His strength is his speed and his agility. It’s really hard for a big guy to catch him,” Letts told AFP. “When they do catch him it can be painful.”

Letts said Ramirez’s brutal upbringing is now a strength: “He’s definitely got the grit. He’s been through it all.”

Ramirez says he has no memory of his parents and is not even sure of their full names. In fact, he has no birth certificate, so he’s not sure of his true birthday.

He uses March 17, 1994, which was assigned to him when he was taken in by an orphanage. That makes him 25 years old, on paper at least.

After his parents went missing, he and his older brother had ended up in the hands of a man he believes was an uncle. The man was an addict who sent the boys to beg on the streets of Manila, which is where they were introduced to glue-sniffing.

So-called “Rugby boys” have been a problem in the Philippines for decades, despite promises of reforms from solvent manufacturers, merchants and the government.

A small bottle of solvent still costs less than $1 in most shops.

‘I miss being a family’

Ramirez and his brother lived a perilous existence. They dug for food in the trash and were chased by the police, who arrested child addicts.

“We slept wherever the night caught up with us,” he said.

That changed when a woman, shocked by how the boys were living, led them to an orphanage. They bounced between facilities over the coming years.

Ramirez says that during that time he broke his addiction to glue because he was cut off from it and the bad influences of the street.

Eventually, the brothers ended up at Tuloy sa Don Bosco, a home that shelters street children and aims to teach them a trade.

Playing rugby wasn’t one of the options — Ramirez studied to become a baker — but when he was 11 he had the pivotal, if accidental, introduction to the game.

He fell in love with the fast-paced action of the game and excelled at it. He started with small clubs, but was getting noticed in the tight-knit rugby community.

Around 2012, he was asked to try out for the Philippines under-18 team. He kept rising until he won a spot on the Volcanoes in 2015.

Yet that success cannot erase the gap left by his missing parents, and whether they are still alive is something that Ramirez thinks about every day.

“I want to be with my parents. I miss being part of a family,” he said. “I just don’t know how I can find them.”