Seth Curry returns to Mavs after year away; Kleber re-signs 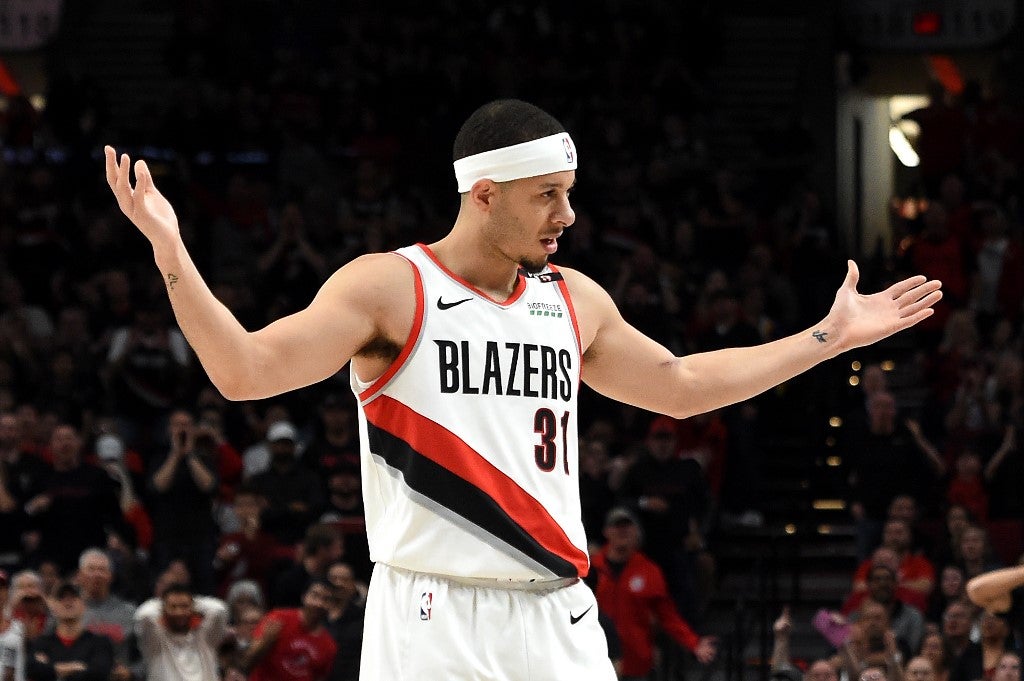 FILE – Seth Curry #31 of the Portland Trail Blazers reacts during the first half against the Golden State Warriors in game three of the NBA Western Conference Finals at Moda Center on May 18, 2019 in Portland, Oregon. Steve Dykes/Getty Images/AFP

DALLAS — The Dallas Mavericks have signed Seth Curry to complete the guard’s return after a year away and re-signed one of their restricted free agents in forward Maxi Kleber.

Stephen Curry’s younger brother had the best year of his career with the Mavericks in 2016-17, averaging 12.8 points, 2.7 assists and 29 minutes per game. The 28-year-old Curry missed all of 2017-18 with a stress reaction in his lower left leg before averaging 7.9 points with the Trail Blazers last season.

Kleber’s return means Dallas will have a German on its roster for a 22nd consecutive season. Dirk Nowitzki retired in April after setting an NBA record by playing 21 seasons with the same franchise. Both were born in Wurzburg, German.

The 27-year-old Kleber spent his first two NBA seasons with the Mavericks, averaging 6.1 points and 3.9 rebounds.