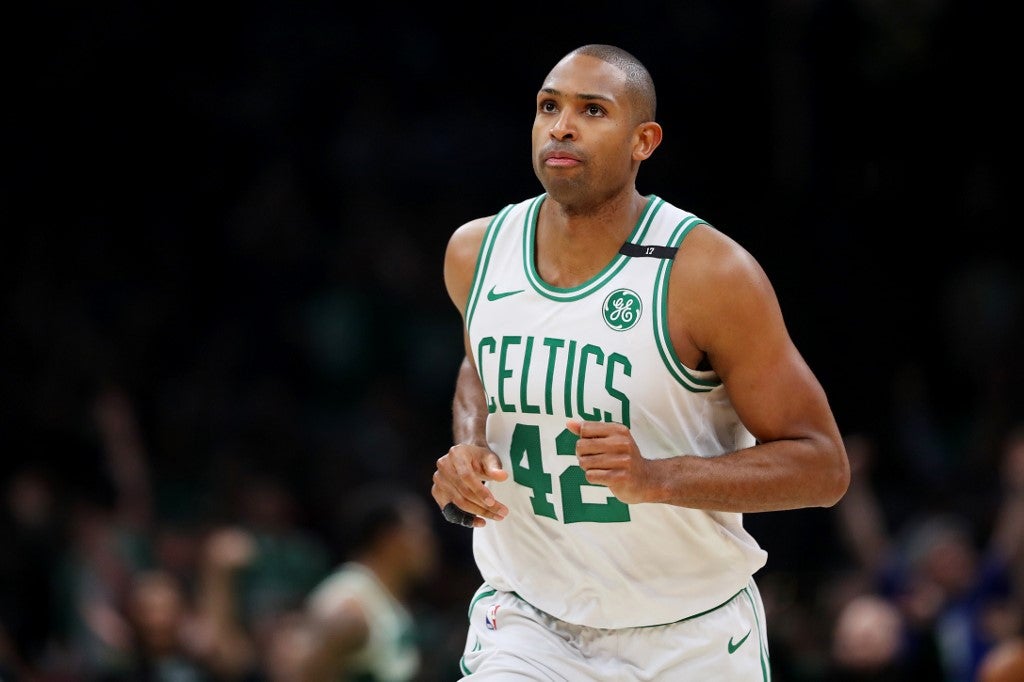 FILE – Al Horford #42 of the Boston Celtics looks on during the second half of Game 4 of the Eastern Conference Semifinals during the 2019 NBA Playoffs at TD Garden on May 06, 2019 in Boston, Massachusetts. Maddie Meyer/Getty Images/AFP

The moves give the 76ers a powerhouse frontline, adding former Boston star Horford as the player who gave returning Philadelphia star center Joel Embiid the most trouble of any rival next season.

Toegether with Australian guard Ben Simmons directing the attack, the 76ers figure to challenge the Milwaukee Bucks for supremacy in the Eastern Conference next season.

“We’re excited to welcome one of the NBA’s best frontcourt players in Al Horford to Philadelphia,” 76ers general manager Elton Brand said. “He has built his reputation around hard work and a tradition of winning, which are the same qualities that have formed the foundation of the 76ers.

“Al’s playmaking, elite defensive talents and veteran leadership confirm why he is a crucial addition to our roster.”

Horford averaged 13.6 points, 6.7 rebounds, 4.2 assists and 1.3 blocked shots a game for Boston last season. He hit 53.5 percent from the floor, his seventh season making most of his shots, a run exceeded among active players only by LeBron James, Dwight Howard and Pau Gasol.

Harris, obtained in a February trade from the Los Angeles Clippers, had career-high averages last season with 20.0 points, 7.9 rebounds and 2.8 assists a game.

“Signing Tobias and solidifying him as a foundational piece of our core for years to come was a top priority for our organization this summer,” Brand said.

“Tobias is a fierce competitor with a tireless work ethic and embodies all of the qualities of a franchise cornerstone.”