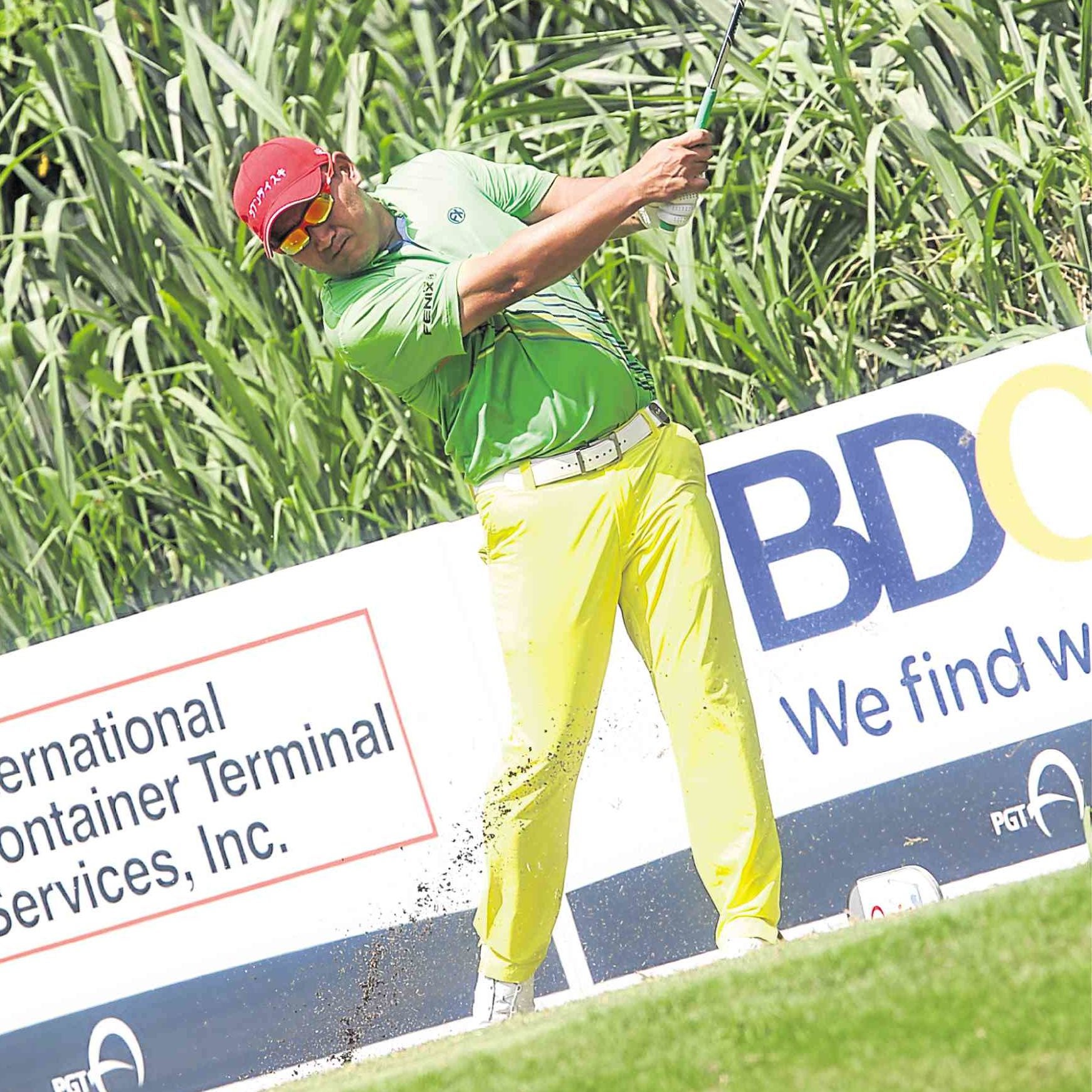 CARMONA, Cavite—Attacking at every opportunity, Angelo Que carved out a flawless six-under-par 65 on Thursday to wrest a two-shot lead over Justin Quiban and the United States’ Christopher Hickman heading into the final round of the $100,000 ICTSI Manila Southwoods Championship at the Legends course here.

Que went aggressively for the pins in benign conditions, draining four of his birdies coming home as the former Philippine Open champion takes a 197 aggregate into the final 18 holes Friday.

“I really had a good round but it could have been a bigger [lead] had I holed in a couple more birdie tries,” said Que, a club member who didn’t have the benefit of a practice round after playing several tournaments in the Japan Tour.

Sneaking into the title picture is the young Quiban, a former PGT Asia leg winner at Luisita in 2017 who didn’t really earn a second look when the event took off on Tuesday given the depth of the competing international field.

Quiban, who also played his amateur days representing Southwoods, had an eagle and six birdies that went against two bogeys in his version of a 65 even as Hickman birdied three of his last five holes to shoot a 68.

Australian Tim Stewart fired a 67 to be three shots off the lead, with title-favorite Juvic Pagunsan shooting a 68 to be another stroke adrift and still be in the hunt for a fourth title in as many weeks.

Reigning PH Open champ Clyde Mondilla remained mathematically in it after a 69 for 203.

“I have five guys at my back who are more than capable of catching up. All of them are playing good so I have to watch out,” Que said.