Roach wants Pacquiao to get another crack at Mayweather 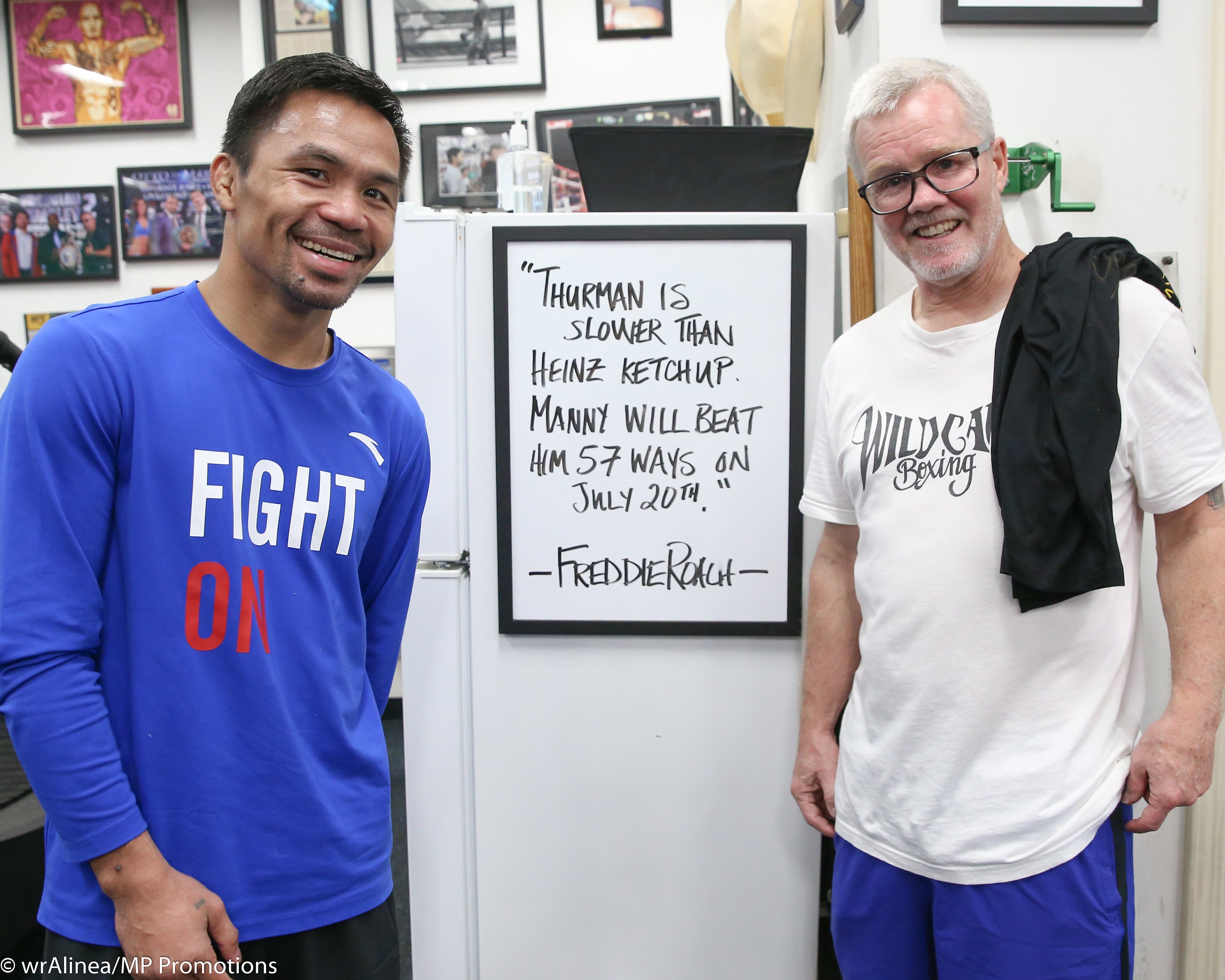 HOLLYWOOD—If Freddie Roach will have his way, he wants Manny Pacquiao to get a second crack at Floyd Mayweather Jr. in his next fight assuming the Filipino boxing legend lives up to expectations and gets past Keith Thurman on July 20.

Mayweather beat Pacquiao by unanimous decision four years ago in a megafight that took six years to materialize.

“I would like to get the Mayweather fight back one more time because it’s so disappointing. We didn’t do well that night, I know he had an injury but regardless I would love to see that one more time,” Roach said on Friday.

The only problem that the probability of a second bout is bleak is that the interest for a rematch isn’t mutual.

“But it doesn’t seem like Mayweather wants to come to the table right now so I think Manny will fight a couple fights out there, there’s a couple of really tough opponents out there might be rough fights but again, we’re in the fight game to beat the best and to be the best we have to fight the best.”

The 42-year-old Mayweather has also appeared firm on his retirement as he hasn’t appeared in an official fight since stopping MMA superstar Conor McGregor in the 10th round of their crossover bout in August 2017.