Texters are No. 1 | Inquirer Sports 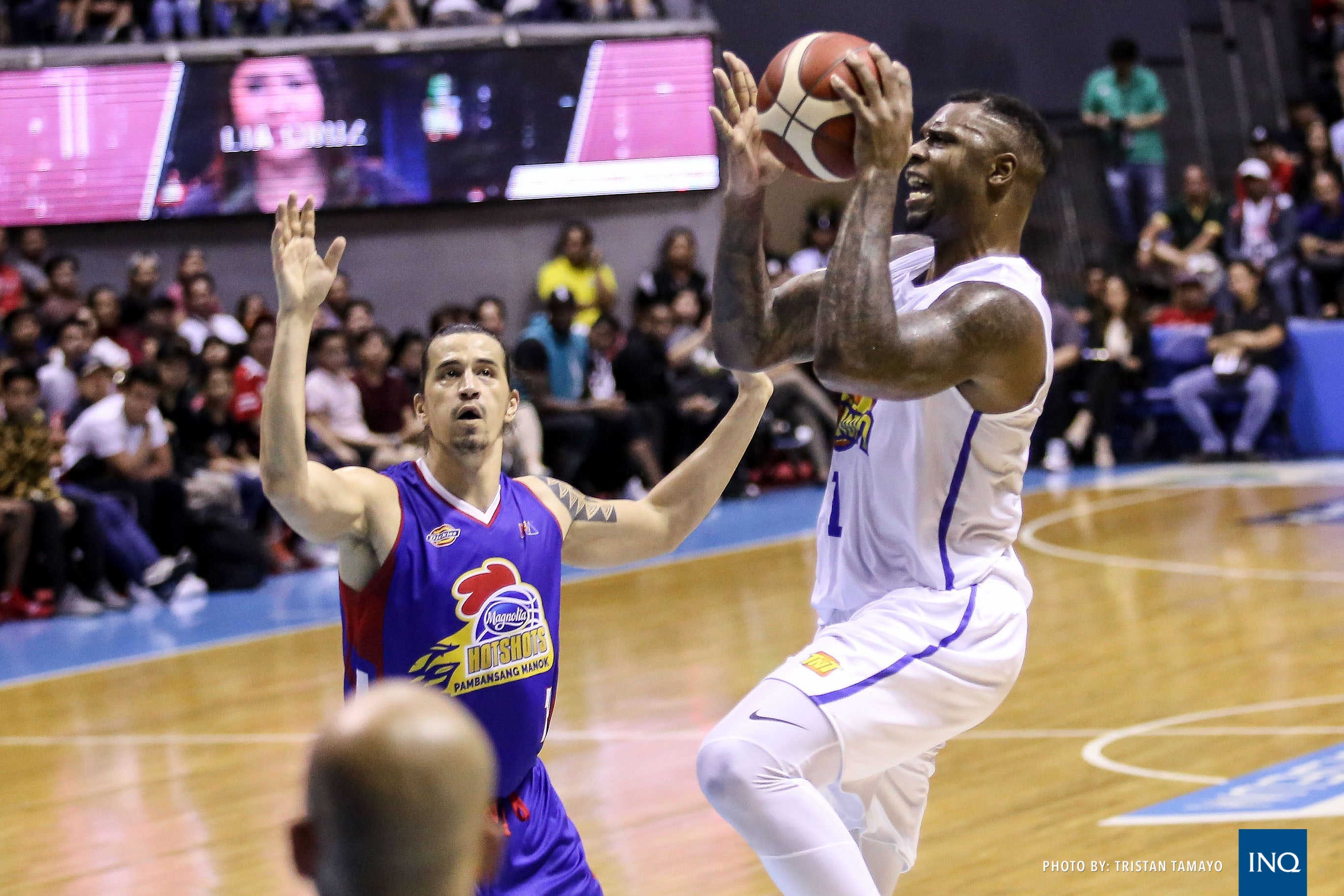 With an import that is great at almost everything and a local crew that gives solid support, TNT on Wednesday night booked top seeding in the PBA Commissioner’s Cup and put bitter corporate rival San Miguel Beer in a dire playoff predicament.

The KaTropa got a near triple double from Terrence Jones in a 98-83 destruction of Magnolia at Smart Araneta Coliseum, and it hurt the Beermen in the standings more than anyone else, dumping them to seventh in the rankings—meaning they would have to beat No. 2 NorthPort two straight times to advance.

Jones had 26 points, 13 rebounds, eight assists and five blocks as the KaTropa closed out their elimination round stint with a 10-1 card for the franchise’s first No. 1 finish since the 2014 Governors’ Cup under Norman Black.

Magnolia had literally nothing to gain and nothing to lose as far as rankings were concerned coming into the contest. The Hotshots, the fifth seeds, will play No. 4 Barangay Ginebra in a best-of-three series starting Saturday.

The other known matchups will be No. 3 Blackwater against sixth-ranked Rain or Shine, with the KaTropa awaiting the winner of the Alaska-Meralco KO match set on Friday.

The Bolts got to live another day after a 95-91 upset of the Beermen, which kicked off the Beermen’s spiral in Wednesday’s doubleheader.

Meralco coach Norman Black found the perfect Filipino phrase to describe what kind of a reward his Bolts earned after a hard night’s work.

“Mas maganda ang may buhay (It’s better to still be alive),” Black said. “[Last] Saturday, we were pretty much dead.”

Import Delroy James scored the last six points for the Bolts, and the Meralco defense did its job on the other end of the floor to deny the Beermen and close out with a 4-7 record.

James finished with 34 points as Meralco wound up with a 4-7 record that knocked idle Phoenix Pulse out of the running via the quotient. Alaska also has a 4-7 mark.

“At least we still have a chance,” Black said as he talked about the long road that needs to be conquered in order to make the Final Four. “It’s better to have life than be dead.”