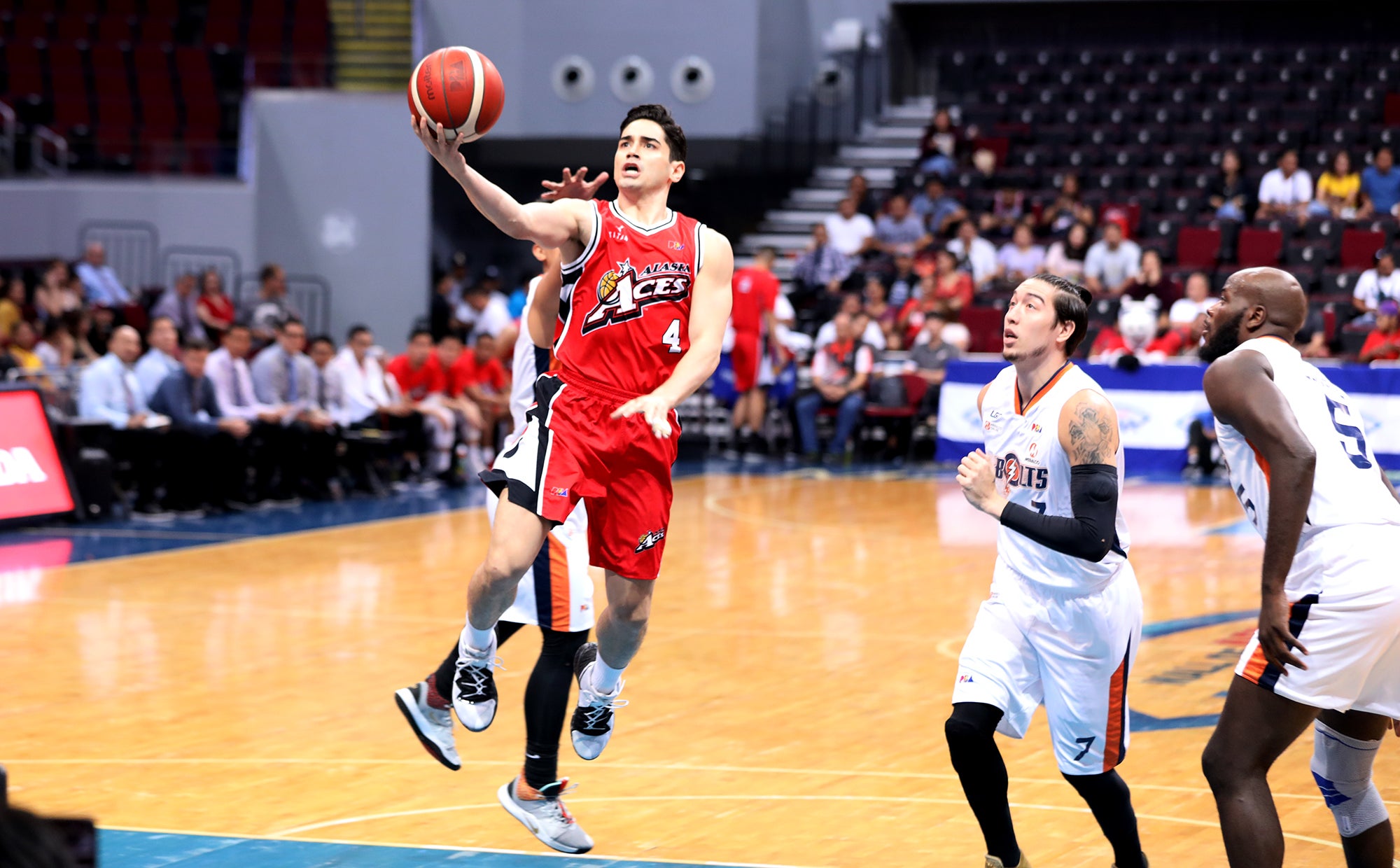 Chris Banchero helps send the Aces into the quarterfinals with a clutch performance against Meralco. Photo by Tristan Tamayo/INQUIRER.net

MANILA, Philippines—Alaska was two possessions away from kissing its playoffs hopes goodbye and handing the last quarterfinals berth to Meralco.

With 20 seconds left, all the Bolts needed to do was hold their ground and the Aces would be sent to the bleachers, but point guard Chris Banchero had other plans.

Banchero caught fire in the clutch and gave Alaska a new lease on life, tying the game at 96 and sending into overtime where his inspiring run sparked the Aces to the 108-103 clincher.

“Sometimes those are the games you have got to breakthrough. You know, we’ve been in a lot of tough games this conference and when that happens, then teams begin to play well,” said Banchero Friday at Mall of Asia Arena.

Alaska trailed 95-91 with 20.7 seconds remaining after Chris Newsome’s free throws, and Banchero’s three-pointer in the ensuing possession nearly collapsed what ounce of hope the Aces had up to that point.

Luckily for Alaska, JVee Casio happened to grab the offensive rebound and kicked the ball back to Banchero who drilled the three-pointer from the left wing to cut the Aces’ deficit to one, 95-94, with 10.4 seconds left.

Simon Enciso then sent Newsome to the line with 9.5 seconds remaining, but Meralco’s forward managed to just score a split, leaving the door wide open for Alaska.

Banchero was given the green light to operate and he pounced on it with a fade-away jumper against Cliff Hodge that sent the game to overtime.

“It started with JVee, he got a big rebound on the first three that I missed, and when he kicked it out to me I know I had to knock it down for us to be in that game, luckily it went down,” said Banchero who finished with 15 points, nine in the fourth quarter, and nine assists.

But there’s hardly room to celebrate for Alaska, which faces an even bigger challenge in the playoffs as it faces top seed TNT.

The KaTropa own a twice-to-beat advantage, thanks to their phenomenal import Terrence Jones, who is averaging 33.7 points, 16.1 rebounds, 7.7 assists, and 3.1 blocks so far.

“I told the guys not to be too happy, we’re still in the playoffs but at the end of the day we got a lot of work to do,” said Banchero. “TNT is a very good team and we’re not looking at it as a twice-to-beat but we’ll take it one game at a time.”

“Terrence Jones is obviously a very good basketball player, but at the end of the day they’re [the KaTropa] just another basketball team. They played really well this conference but I know we’re not scared of them.”