LAS VEGAS—Manny Pacquiao hopped on a time machine and delivered a vintage performance on Saturday night.

But Pacquiao may have brought Keith Thurman with him too as the American power puncher reminded him about an old adversary.

“He’s heavy-handed. Keith is like (Antonio) Margarito,” said Pacquiao, whose dark sunglasses concealed the heavy swelling on his face, during the post-fight press conference after defeating Thurman by split decision to win the WBA (Super) welterweight title.

“I think it’s because he’s too big for me. That’s why I felt like he’s heavy-handed.”

Pacquiao is no stranger to facing opponents much bigger than him and Thurman was the latest Goliath he cut down to size. 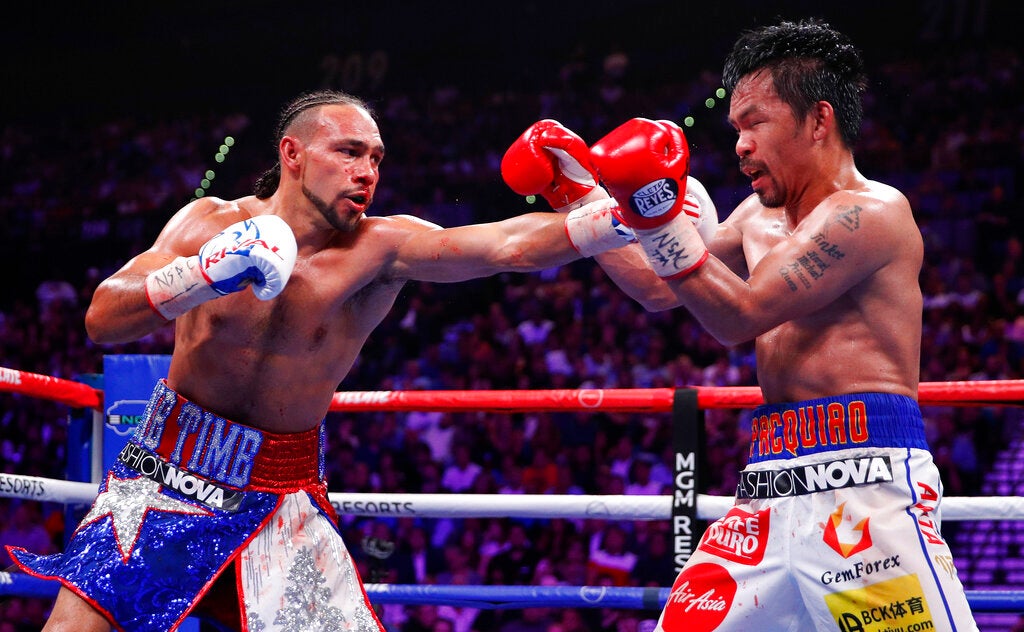 Keith Thurman, left, throws a punch against Manny Pacquiao in the eighth round during a welterweight title fight Saturday, July 20, 2019, in Las Vegas. (AP Photo/John Locher)

And just like Antonio Margarito, Thurman wasn’t only big, he could fight too.

Thurman, who is two inches taller and visibly heftier, took heavy punishment but he landed solid blows of his own.

“He can fight. He’s a warrior,” Pacquiao, who dominated Margarito to earn the WBC super welterweight belt back in 2010, lauded.