‘An inspiration to Filipinos’: AFP, PNP laud Pacquiao for win vs Thurman 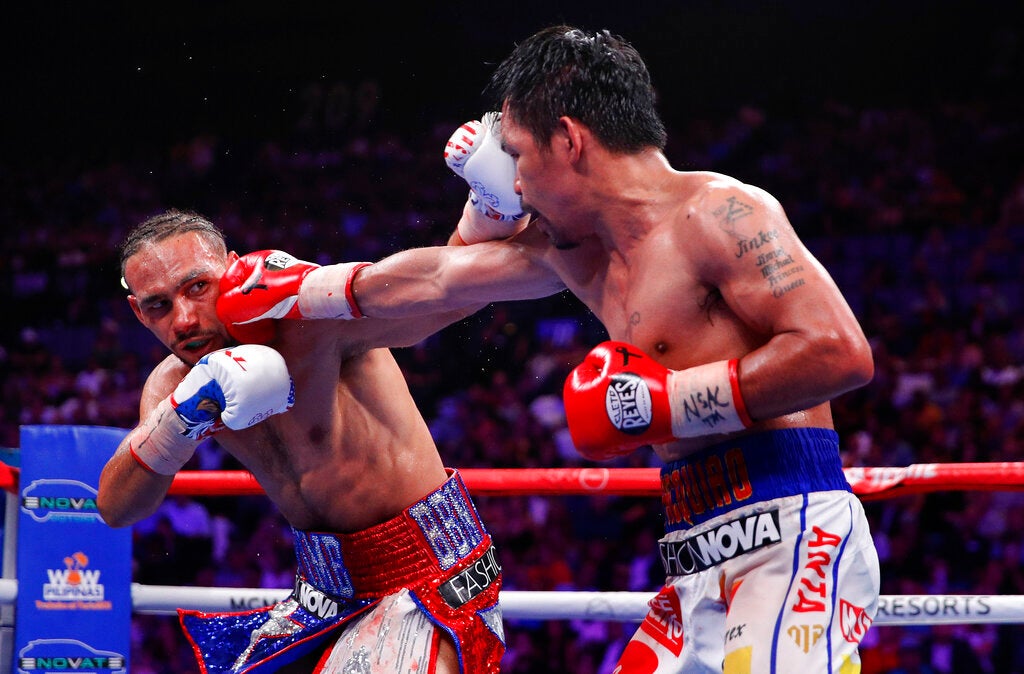 MANILA, Philippines — The Armed Forces of the Philippines (AFP) and the Philippine National Police (PNP) on Sunday celebrated the win of Senator Manny Pacquiao over American boxer Keith Thurman, calling Pacquiao an “inspiration” to Filipinos.

“The Armed Forces of the Philippines congratulates Senator Manny Pacquiao in his victory against Keith Thurman. This latest win truly manifests his legacy and shows us Filipinos the value of enduring excellence,” the AFP public affairs chief Col. Noel Detoyato said in a statement.

The AFP also said that Pacquiao, who serves as an Army reservist, is an “inspiration” to the military organization, pointing out the senator’s dedication, hard work, and sacrifice.

“Senator Pacquiao’s dedication to his craft, hard work, and sacrifice continue to be an inspiration to most of us Filipinos, especially in the military organization. His strength that comes from his humility and compassion have always have always won our hearts and minds in his decades of fighting in the boxing arena,” Detoyato said.

“We join the whole Filipino nation in the outpour of support to our world champion and brother in the reserve force,” he added.

Likewise, the PNP also lauded Pacquiao’s “impressive victory” and added that the senator brought “honor and glory” to the country.

“We share the triumph of our People’s Champ with every Filipino who cheered and pray for this latest honor for the country. Senator Pacquiao not only brought honor and glory to the country but also inspired many Filipinos to excel in their work,” Molitas added.

Pacquiao beat Thurman in a split decision after 12 rounds of boxing at the MGM Grand Garden Arena in Las Vegas, Nevada in the United States. /je