Resilient Thurman vows to be back after loss to Pacquiao 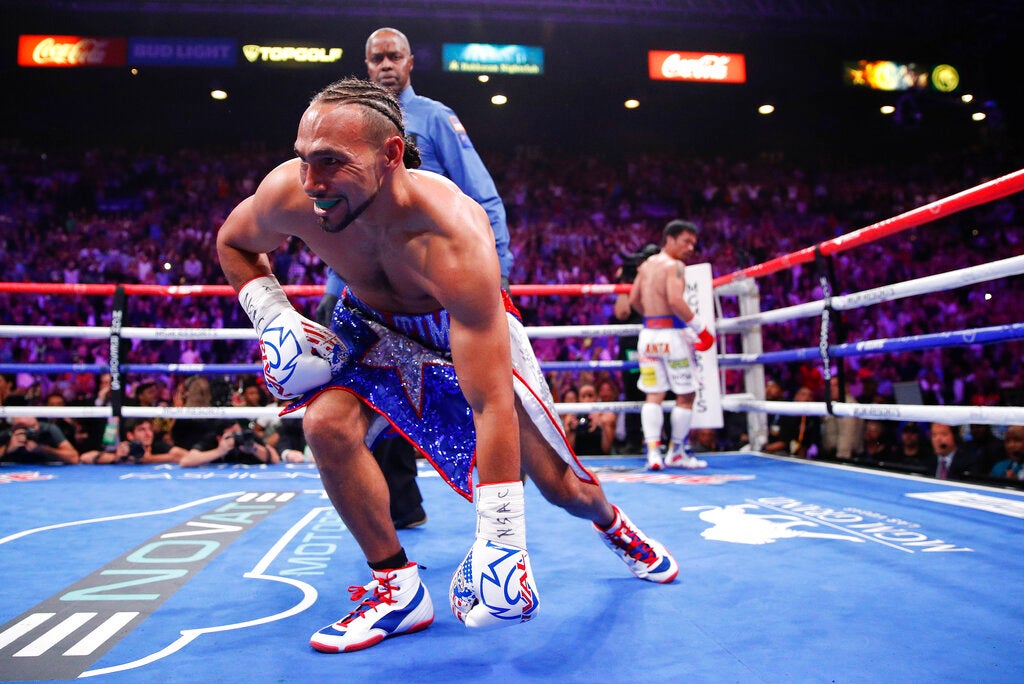 Keith Thurman gets up after being knocked down by Manny Pacquiao in the first round during a welterweight title fight Saturday, July 20, 2019, in Las Vegas. (AP Photo/John Locher)

HOLLYWOOD—In three separate instances during a 12-round fight against Manny Pacquiao, Keith Thurman found himself hanging on for dear life.

Throughout his career, Thurman had shown his ability to come back and he vowed to do the same after yielding the WBA (Super) welterweight title to Pacquiao Saturday night at MGM Grand Garden Arena in Las Vegas.

“I do know that I’m a true champion. Keith ‘One Time’ Thurman has always been a true champion. I will be back at the top of the sport of boxing and you know, you gotta go with the flow, take the punches as they come and you get knocked down and you lift yourself back up—that’s what champions do,” Thurman said.

Fresh of his first professional loss, @keithfthurmanjr breaks down his performance against Pacquiao, and what’s next for the former champ. pic.twitter.com/qN7M7IiNCz

“And like I said, we’re not going anywhere, we will be back and like I promised you guys, Keith ‘One Time’ Thurman brings the best fights in the welterweight division. Fight me, baby. Fight me.”

Thurman was undefeated at 29-0 until he ran into a living legend in Pacquiao, who turned back the clock with a vintage performance.

The 30-year-old Thurman was knocked down in the opening round and was in a bloody mess as he wobbled his way to his corner at the end of the fifth then, survived a vicious body shot in the 10th.

Thurman promised he will be back and Pacquiao approved.