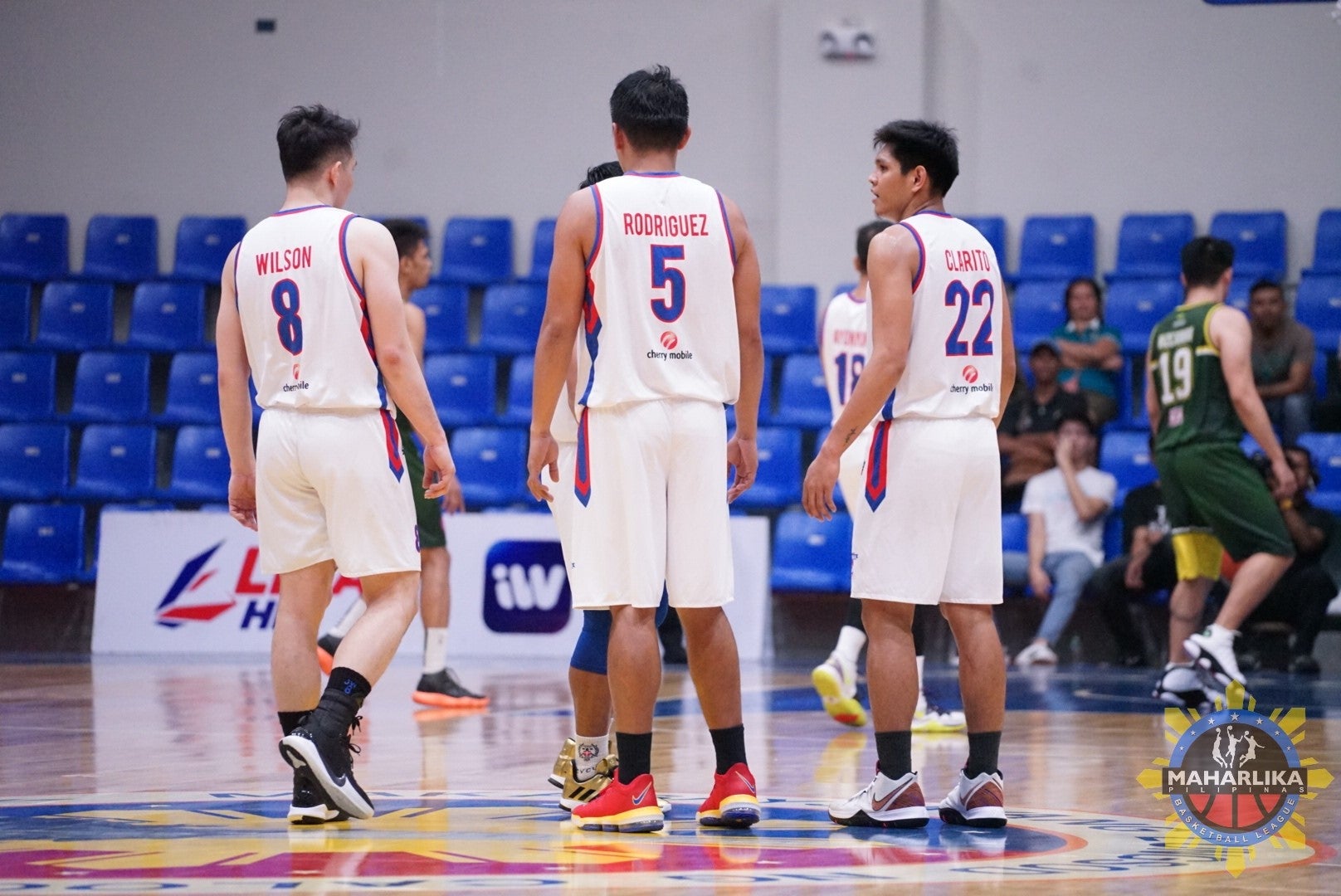 MANILA, Philippines–Reigning champion San Juan and powerhouse Bataan warmed up for their highly-anticipated duel with huge victories Tuesday night, while Caloocan finally showed a sense of urgency to end a string of heartbreaks on its home floor in the MPBL Lakan Season at Caloocan Sports Complex.

The Knights made light work of the Paranaque Patriots, 81-65, to improve to a franchise-best start of 6-0, while the Risers pummelled the Muntinlupa Cagers, 83-56, behind a breakout performance from Alvin Pasaol, who finished 20 points. San Juan and Bataan will square off on Saturday in Bicol.

Caloocan held off a resilient Pasay squad, 78-72, in the third game as the Supremos ended a two-game slide and improved to 2-5.

Almond Vosotros fired 22 points, including a crucial trey with 1:23 left as the Supremos sent the Voyagers crashing to their fourth straight loss. Pasay also suffered a huge blow with gunner Ron Lastimosa fracturing his left arm.

For the Supremos, the gutsy win was the kind of response expected by coach John Kallos who took his team to task at halftime for their poor play.

“I was already shouting inside the locker room, questioning their desire to play,” said Kallos, whose team has already suffered a couple of overtime losses at home this season. “We couldn’t afford another meltdown.”

The win allowed Bataan to bounce back from a defeat to Makati and coach Jong Uichico understands it will take some time for his team to finally show its potential. A nine-time champion in the PBA, Uichico even admitted he’s still adjusting with the frenetic pace of the MPBL.

“I’m still feeling the game out,” he admitted. “We should play, not the way the MPBL plays. It’s different. Playing the team my way. That’s what I’m trying to figure out and it’s taking some time.”

Uichico can only hope that his team’s stellar performance carries over to the clash against San Juan.

The Knights have looked every bit the champion team they are this early in the season, racking up another convincing win with veterans Mac Cardona and Larry Rodriguez and Mike Ayonayon leading the charge.