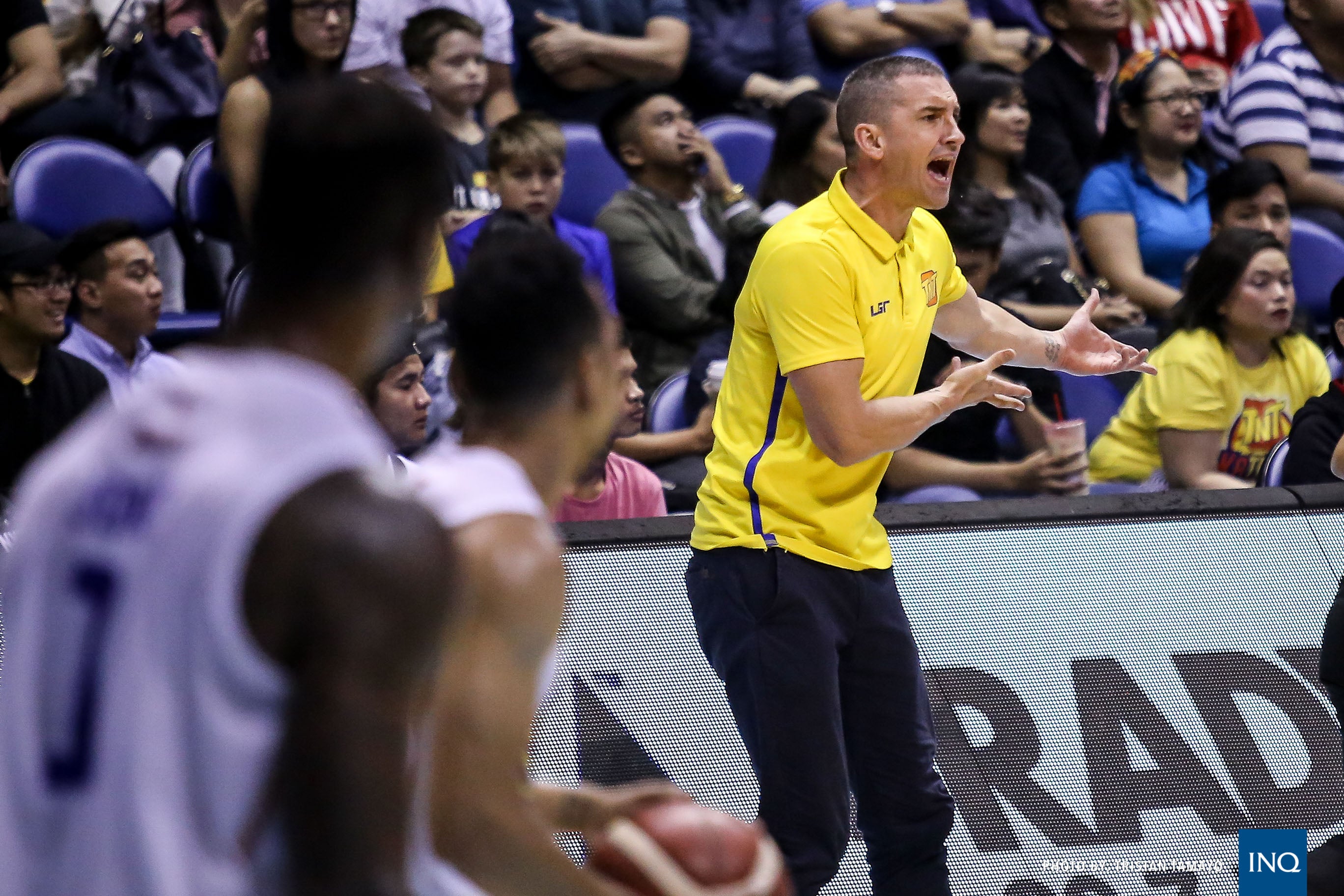 MANILA, Philippines–TNT’s Mark Dickel was bombarded with questions about the officiating shortly after TNT fell short of its comeback against San Miguel Beer in Game 2 of the PBA Commissioner’s Cup Finals won by the Beermen in double overtime Wednesday night.

But KaTropa’s active consultant, who calls the shots alongside coach Bong Ravena, would rather not wallow on missed calls.

“Look, it doesn’t do anything good worrying about that,” Dickel told reporters after the 127-125 loss at the fabled Big Dome in Cubao.

Dickel didn’t want to dwell on it but there were several controversial calls down the stretch that affected the outcome of the game. There was Terrence Jones’ goaltending violation on Terrence Romeo’s floater, the second motion call on Jones during a collision with Chris Ross and Troy Rosario’s crucial sixth foul in the second overtime.

But Dickel said pointing to those instances would only take the credit away from a Beermen side that fought hard and held steady down the stretch.

For Dickel, TNT wouldn’t have to worry and wonder about the what-ifs, had it made some crucial shots when it mattered most.

“We just have to make free throws at the end of the game. It doesn’t matter what the refs do, we’d still win the game,” he explained.

Up two, 114-112, in the first OT, TNT wasted a pair of golden opportunities to seal the game in two separate instances after Brian Heruela and Troy Rosario each muffed a couple of free throws inside the final 30 seconds.

The empty possessions at the charity stripe allowed San Miguel to force a second extra session on a layup by Alex Cabagnot.

Dickel, who helped steer TNT to an immaculate 10-1 record in the elimination round, would rather focus on what lies ahead which is Game 3 on Friday.

“When you win you don’t worry about the officiating. It’s only when you lose that that’s an issue. But I mean, if you got eyes, you’d see what’s going on,” he said.

“I’d rather focus on the stuff we could control. And what we can control is coming out and playing another good game,” Dickel closed.