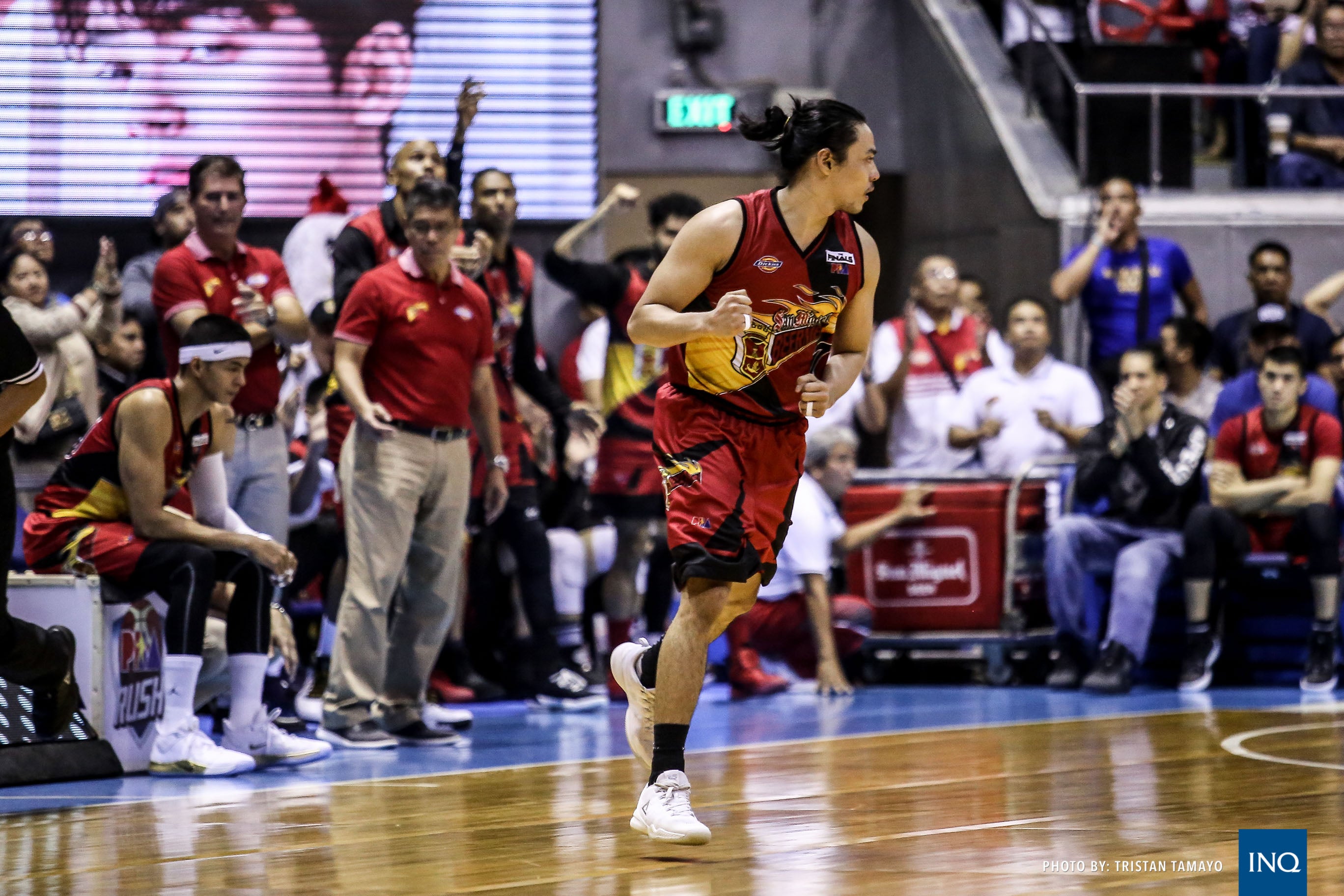 MANILA, Philippines—Terrence Romeo was a three-time Scoring Champion in the PBA but he readily accepted a bench role when he arrived at San Miguel at the start of the 2019 PBA season.

With all of San Miguel’s starters having featured in the Mythical Team selection at some point or another including MVPs June Mar Fajardo and Arwind Santos, Romeo didn’t have any qualms coming off the bench for arguably the league’s most talented core.

Romeo, though, still gets his chances and in Game 2 of the PBA Commissioner’s Cup Finals against TNT the spitfire guard had his best game in a San Miguel jersey with 29 points on 10-of-14 shooting from the field helping the Beermen win, 127-125, in second overtime.

The enigmatic guard said it was San Miguel Corporation sports director Alfrancis Chua that pushed him to once again find that scorer’s touch.

“The whole time that I was in San Miguel I never tried looking for my shot because there are so many scorers in this team and I’d shoot it whenever I get the chance,” said Romeo in Filipino Wednesday at Smart Araneta Coliseum.

“Most of the time I’m looking for my teammates but after Game 1, boss Alfrancis told me to find my scoring because the defense will collapse on me and that would help me find my teammates better.”

Romeo averaged just 8.9 points prior to his Game 2 explosion for the undermanned Beermen, who are without Marcio Lassiter who’s out with a leg injury he sustained in the quarterfinals.

San Miguel head coach Leo Austria said he wasn’t surprised with how Romeo played in Game 2 given his unquestioned talent.

“It’s not a surprise to me, we know that anytime he will go off,” said Austria in Filipino. “What we’re trying to do with him is play him according to our system and slowly he’s getting adopted into our way of basketball.”