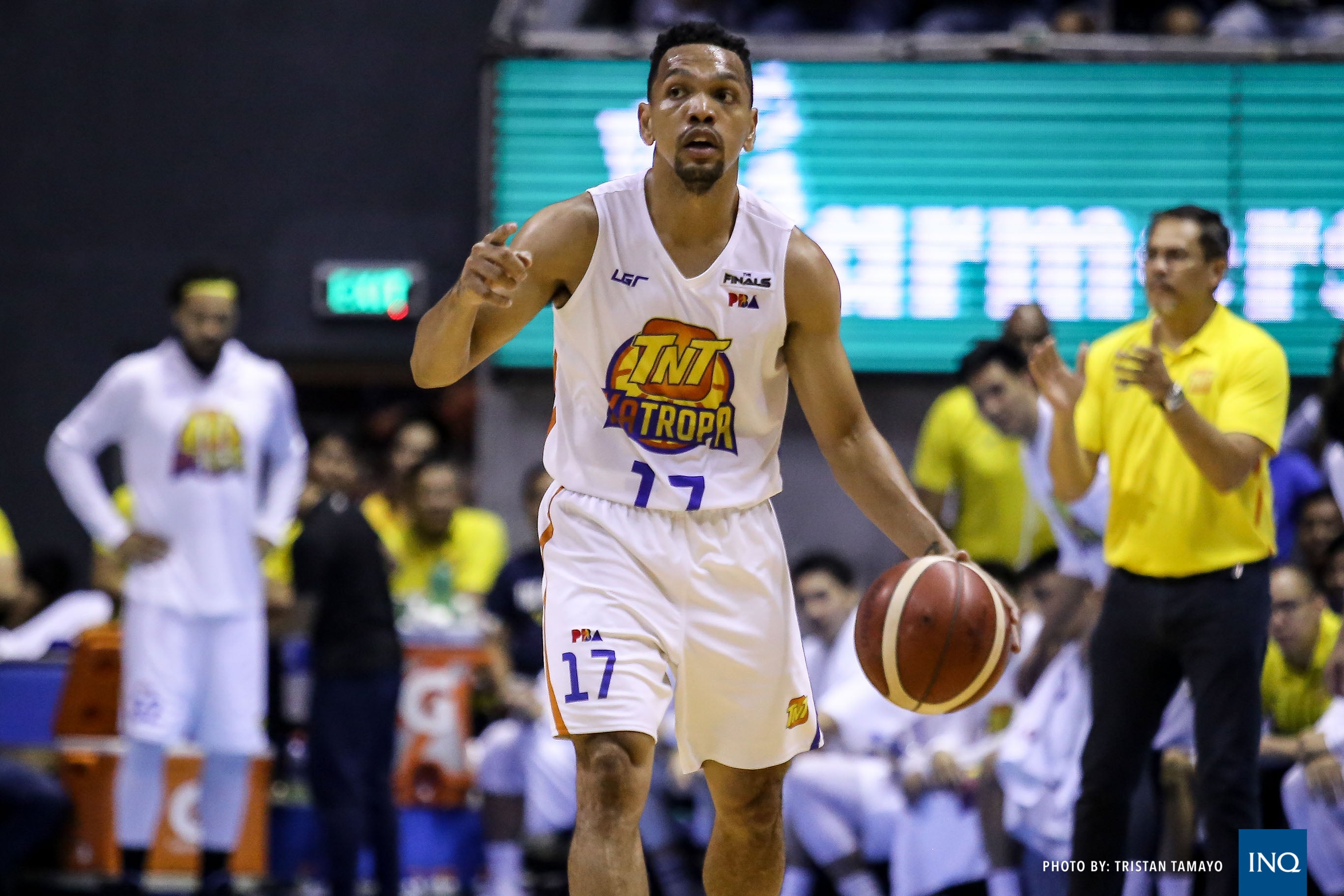 MANILA, Philippines—Jayson Castro could’ve given TNT a 2-0 series lead in the PBA Commissioner’s Cup Finals if only one of his last two three-point attempts found the bottom of the net.

Instead, San Miguel held on and took the 127-125 double overtime win in Game 2 to tie the best-of-seven duel Wednesday night.

“We had a chance to win at the last shot, it just didn’t go in,” said Castro in Filipino. “We’re okay, we’re very confident that we will win against them.”

“I just have to give credit to San Miguel because those guys played well. They adjusted well, and this is a series.”

Castro finished with 27 points, eight rebounds, and 12 assists but had a crucial turnover that led to a breakaway layup by Chris Ross for a 126-122 Beermen cushion with 15.6 seconds left.

But he was quick to atone for his mistakes after he hit hit a three-pointer just 3.9 seconds later cutting the Beermen’s lead to one, 126-125.

SMB import Chris McCullough split from the free throw line with 10.1 seconds remaining that left the door open for TNT to steal the game, but Castro just couldn’t sink a pair of potential game-winning treys as time ran out.

“This is a series and you really can’t control everything so for us players we have to learn from these kinds of situations,” said Castro. “We just have to move on from this.”