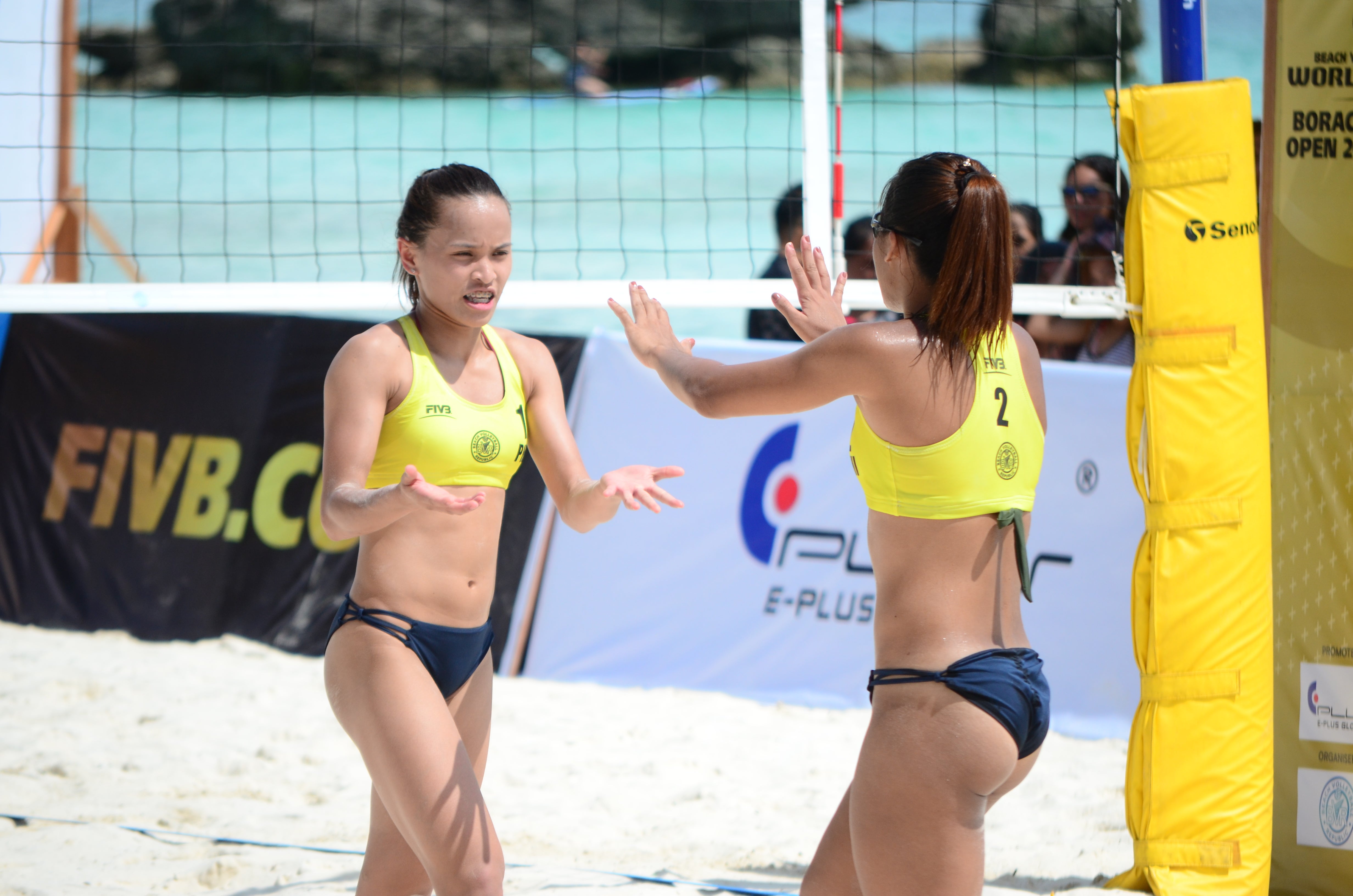 The Philippines’ Sisi Rondina and Bernadeth Pons made quick work of Japan’s Shinako Tanaka and Miyuki Matsumura, 21-14, 21-8, to barge into the Round of 12 Thursday in the FIVB Beach Volleyball World Tour Boracay Open presented by Globe in Boracay.

MANILA, Philippines—All eyes will be on the prolific duo of Cherry Rondina and Berndeth Pons as they renew their partnership at the Beach Volleyball Republic On Tour at Gran Ola, Lianga this weekend.

Petron’s mythical pairing of Rondina and Pons have won a multitude of gold medals across several tournaments and gave the Philippines a quarterfinal finish in the FIVB Beach Volleyball World Tour 1-Star Boracay Open in May.

The two take on another task at Gran Ola Eco Surf Camp as they banner the 10-team women division in the tournament.

American Olympian David McKienzie will partner with Raja Nazmi of Malaysia in the 12-team men’s division.

Meanwhile, Babylove Barbon, who partnered with Rondina in University of Santo Tomas’ third straight UAAP beach volleyball triumph in Season 82, pairs up with Gen Eslapor in the Tigresses’ first team.

Derie Virtusio and Mer Jauculan make up UST’s second team in the tiff.

Jaron Requinton, who paired up with Krung Arbasto put UST back in the king’s chair last year, reconnected with Efraem Dimaculangan for the Growling Tigers’ first team.

An exhibition match is also scheduled for the weekend event as well as a Sandroots clinic.