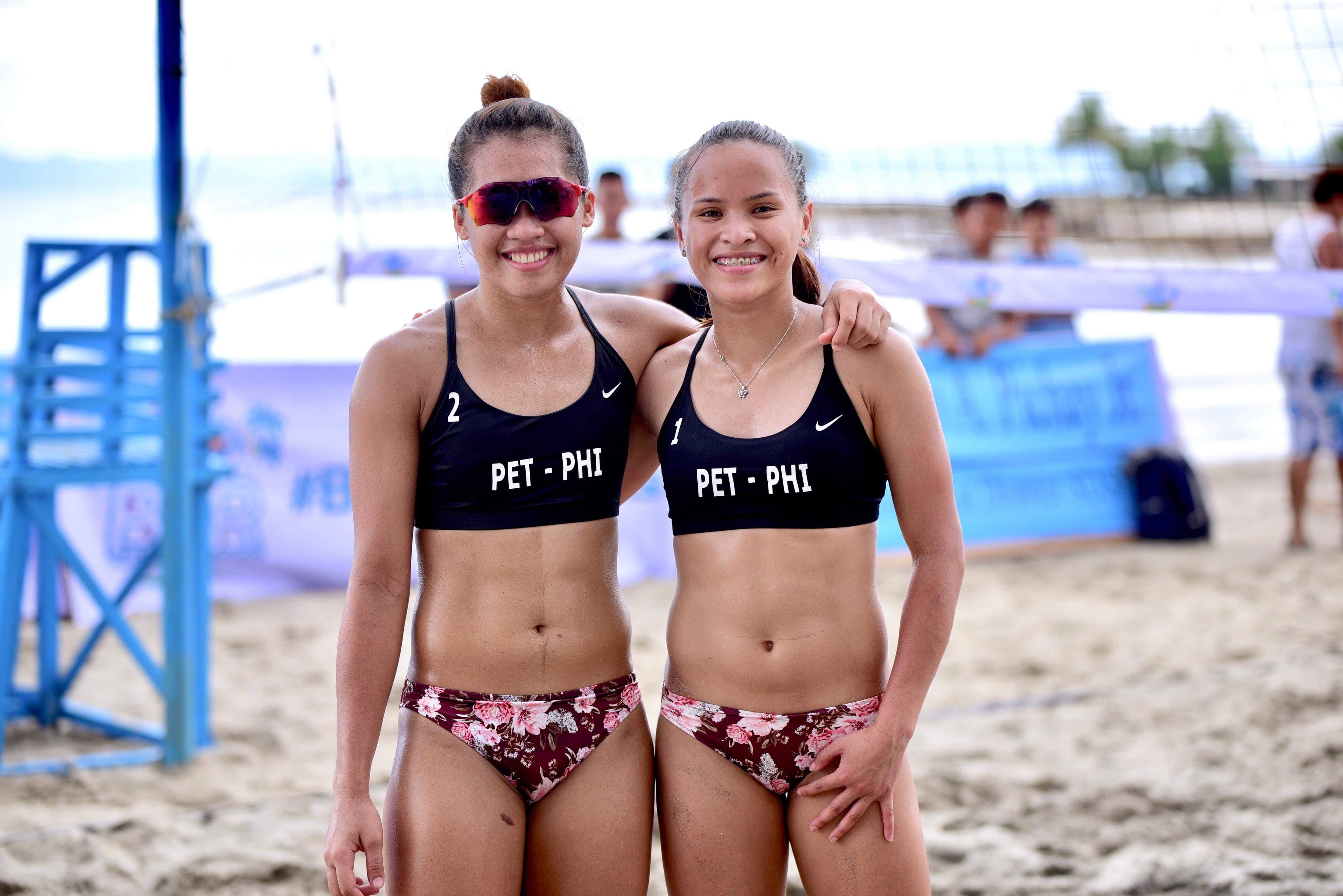 “It was always fun to play,” said McKienzie, a 2012 London Olympian who was more than glad to share his talents to Filipino sand court players.

Proving themselves as the country’s best in the sand court, Rondina was at her usual best in her attacks and defense while Pons produced several brillant smart plays.

McKienzie has good words for Rondina, a four-time UAAP beach volleyball champion who bagged her first BVR title since combining with Babylove Barbon for the Manila Open diadem last year.

“She is strong,” said McKienzie on the Compostela, Cebu native.

Rondina and Pons swept all of the six matches, but thry were tested by Gervacio and Rodriguez in the biggest stage played under rainy conditions that pushed both pairs’ abilities to the limit.

Tied at 7-7 in the second frame, Rondina and Pons pulled away and moved closer to championship point, 20-15.

Gervacio and Rodriguez saved four match points to cut the deficit to one, but Rondina and Pons dodged the bullet after Rodriguez’s hit went outside.

Barbon and Eslapor, bracing for the UAAP Season 82 wars this month, bested Virtusio and Jauculan, 21-12, 21-15, to capture third place.

McKienzie and Riazmi beat downed Davao’s Calvin Sarte and Edmar Flores, 21-18, 21-13, to force a men’s finals duel with Guzman and Arbasto, a 22-20, 21-12 winner over Far Eastern University 1’s Jude Garcia and Doy Barrica in the other semifinal.

Rondina and Pons won all of their Pool A matches, while Gervacio and Rodriguez also went 4-0 in Pool B, while the pairs of Virtusio and Jauculan, and Barbon and Eslapor finished second in their respective brackets with identical 3-1 cards.

Rondina and Pons bested MJ Ebro and Tricia Yap, 21-6, 21-7, to cap their pool play campaign in a smashing fashion, while Gervacio and Rodriguez topped Vertusio and Jauculan, 21-10, 21-14, to complete a perfect round.

Read Next
A coaching odyssey: Will Voigt goes from Vermont to Angola
EDITORS' PICK
Mobile COVID-19 vaccination for commuters, transport workers set at PITX
Gear up and get ready to play with Yamaha Mio Gear
Acer starts the year off strong with the Aspire Vero National Geographic Edition
Kalinga, Ifugao, Mt. Province, N. Samar will be under Alert Level 4 from Jan 21-31
PH to send 584 athletes, 161 officials to Vietnam SEA Games
SSS: Members on home quarantine due to COVID-19 can apply for sickness benefit
MOST READ
Mayor Vico counters vice mayor: ‘Did I say anything about his family?’
Imelda Marcos trends on Twitter after octogenarian jailed for allegedly stealing mangoes
Villar backs implementation of EDSA decongestion blueprint
PH 51st on list of world’s most powerful militaries
Don't miss out on the latest news and information.