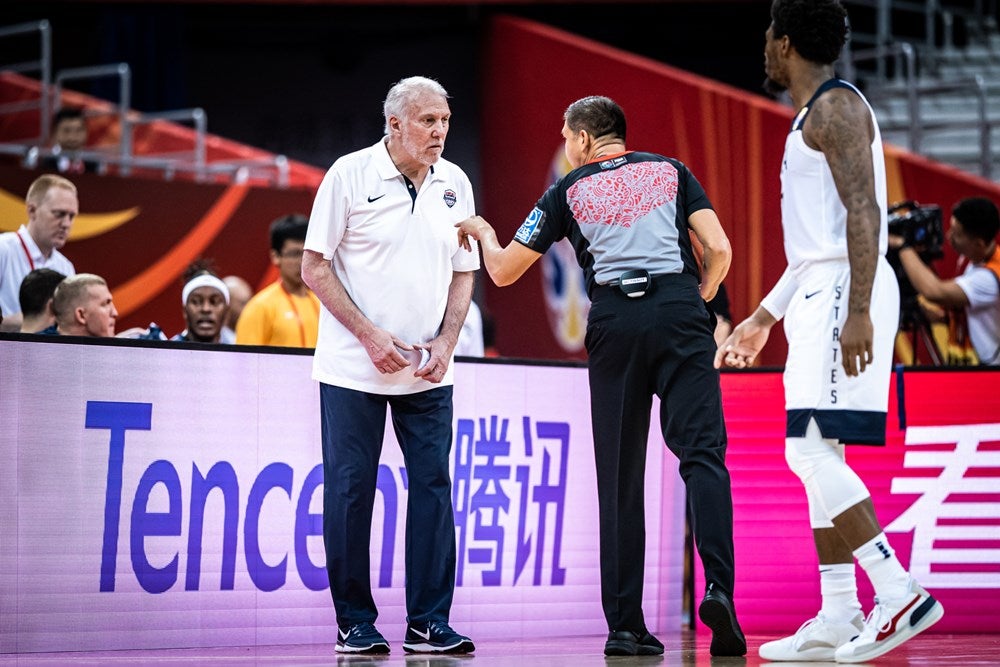 A Filipino referee is giving Filipinos somewhat a reason to feel good about in the 2019 Fiba World Cup in China.

Ferdinand “Bong” Pascual is one of 56 referees selected to officiate in the world meet and he happened to be in one of the most thrilling games in the tournament.

Pascual was in the middle of a pressure-packed game between Team USA and Turkey Tuesday night at Shanghai Oriental Sports Center in China.

It’s not the first time the 49-year-old Pascual refereed in a stage as big as the World Cup. He was also in Rio de Janeiro during the 2016 Olympics as well as the Basketball World Cup in Spain five years ago.

The Americans won, 93-92, in overtime but not after a big break when Turkey’s Dogus Balbay and Cedi Osman muffed four free throws inside the last 10 seconds.

With the door left wide open for the US to steal the game, Khris Middleton came through to lift the Americans after sinking a pair of free throws with 2.1 ticks left.