After 3 games, Gilas Pilipinas still left searching for outside touch 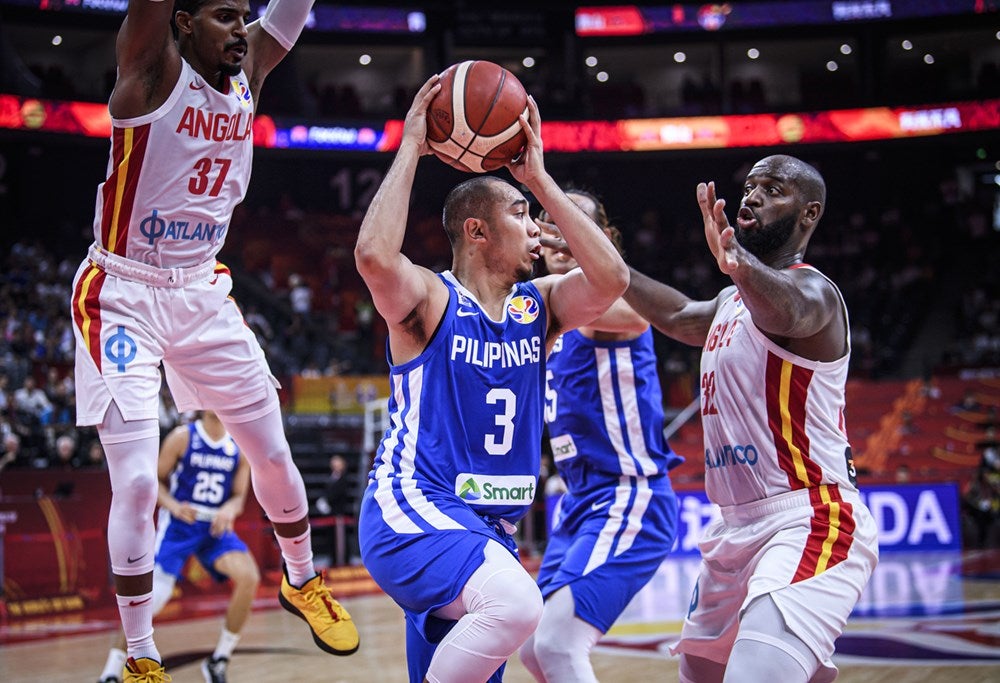 FOSHAN, China—The outside shots never fell at a consistent level for Gilas Pilipinas right to the very end of group play in the Fiba World Cup here, which ended with the most heartbreaking defeat Wednesday night for the Filipinos.

For a team that needed to hit the three-pointer at will to have a chance at decent results in this 32-nation tournament, Gilas never got it going, making just a total of 17 triples in three games.

“We’re still disappointed, but at the same time it’s a good feeling giving ourselves a chance to win in the endgame,” coach Yeng Guiao told reporters after an 84-81 overtime loss to Angola where the Filipinos shot a dismal 33% from the field.

“It’s still kind of frustrating because we still weren’t able to make our three-point shots,” he went on after his charges shot just 10-for-46 (14%) from that area, having five more attempts than two-pointers in an effort to free up the inside for Gilas’ big men.

“It still wasn’t enough for us to win the game—two or three more (conversions) would have been the difference in that game.”

Guiao was forced to leave behind the best pure shooters in the PBA in Marcio Lassiter and Matthew Wright, who are both nursing injuries.

No one really stepped up—or was able to—in taking their place.

“It has been another bad night for us, the three-point shots,” Guiao said. “That has been the story for us. We never found our range the last three games.”
Read Next
Despite stellar showing, CJ Perez blames self for Gilas’ botched chance
EDITORS' PICK
Mallorca City: Home of Cavite’s finest industrial hub
CHR urges Filipinos to ‘fight historical revisionism, recall martial law abuses’
Wilder says costume wore him down before Fury did
Novel coronavirus has infected over 80,000 people worldwide
Here’s How Protein and Calcium Deficiency Can Affect Your Kid’s Health
PH facing int’l scrutiny over rising attacks on lawyers
MOST READ
Dominguez: ABS-CBN account on unaired ads ‘does not tally’ with Duterte campaign experience
Kirk Douglas leaves most of $61 million fortune for charity, nothing for son Michael — report
‘Isipin mo kaligayahan ng anak mo’: Judy Ann Santos’ mom has advice amid Sarah G’s rift with parents
Jordan: ‘When Kobe Bryant died, a piece of me died’
Don't miss out on the latest news and information.