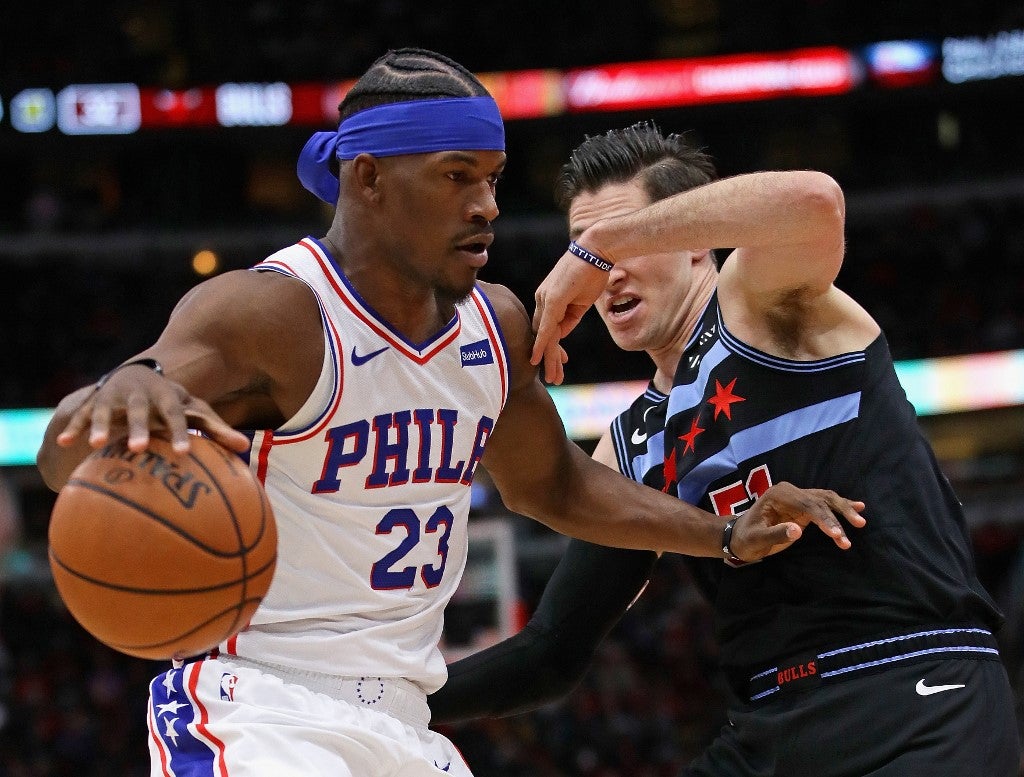 CHICAGO, ILLINOIS – MARCH 06: Jimmy Butler #23 of the Philadelphia 76ers moves against Ryan Arcidiacono #51 of the Chicago Bulls at the United Center on March 06, 2019 in Chicago, Illinois. NOTE TO USER: User expressly acknowledges and agrees that, by downloading and or using this photograph, User is consenting to the terms and conditions of the Getty Images License Agreement. Jonathan Daniel/Getty Images/AFP

The NBA will bar players from wearing “ninja-style” headbands next season amid safety concerns, ESPN reported on Monday.

Several players including All-Star Jimmy Butler sported the headgear last season, a band of fabric tied at the back of the head with the two ends flowing loose.

However the on-court fashion trend had never been formally approved by the NBA, and now the league has moved to outlaw the accessory.

“The ninja-style headwear is not part of the NBA uniform and hasn’t been through the league approval process,” NBA spokesman Mike Bass told ESPN in a statement.

“Teams have raised concerns regarding safety and consistency of size, length and how they are tied which requires a thorough review before consideration of any rule change.

“When some players began wearing them last season, we didn’t want to cause a disruption by intervening midseason, but we notified our teams in May that they would not be part of this season’s uniforms.”

Philadelphia 76ers player Mike Scott was critical of the decision while other players were bemused by the ruling.

“I love that someone at the NBA had to type the words ‘ninja-style (headwear)’ and ‘consistency of size and length’ as their job today,” wrote the Detroit Pistons’ Blake Griffin.