Gregg Popovich ‘thrilled’ as US qualify for 2020 Tokyo Olympics 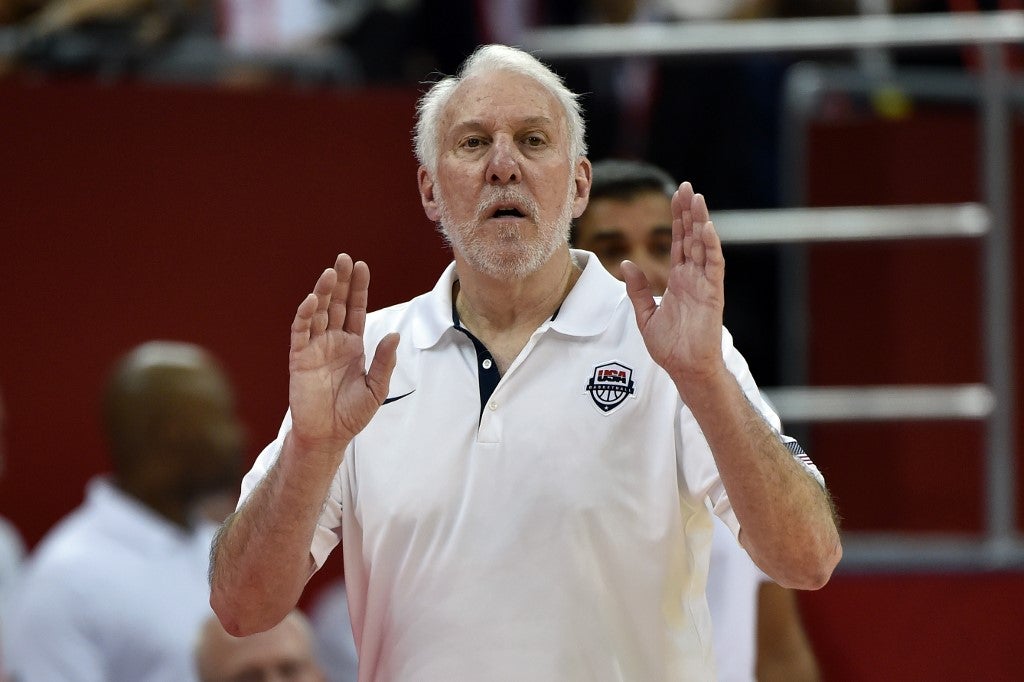 Gregg Popovich, coach of the US team, reacts during the Basketball World Cup Group E game between US and Turkey in Shanghai on September 3, 2019. (Photo by HECTOR RETAMAL / AFP)

Team USA coach Gregg Popovich spoke of his joy after the reigning Olympic basketball champions qualified for the Tokyo 2020 Games on Monday.

The United States, who will be chasing a fourth Games gold in a row, secured their berth for next summer after beating Brazil 89-73 at the World Cup.

“We’re thrilled that we qualified for the Olympics,” said San Antonio Spurs mastermind Popovich, whose team will now face France on Wednesday in the World Cup quarter-finals.

“With this new situation of qualifying, you don’t want to have to do that every year. So it’s a pretty big grind,” said the 70-year-old.

But first, the US have the small matter of winning a third world crown in a row and Popovich’s young team is building up a head of steam in China.

They were already assured of a place in the last eight but they still made it five wins in a row to top Group K in the southern Chinese city of Shenzhen.

Myles Turner of the Indiana Pacers led them against the Brazilians with 16 points and eight rebounds.

Brazil saw their coach Aco Petrovic ejected in the first half and they refused to attend the post-match press conference.

Having struggled to defeat Turkey in overtime in the first round, this Team USA missing its megastars seems to be warming to the task.

Sunday’s victory for Spain over Serbia, who had been title favourites after the Americans’ slow start, put Popovich’s men back as the team to beat.

There are seven Olympic places up for grabs at the World Cup.

Iran will return to the Games for the first time since Beijing 2008 after they grabbed one of them.