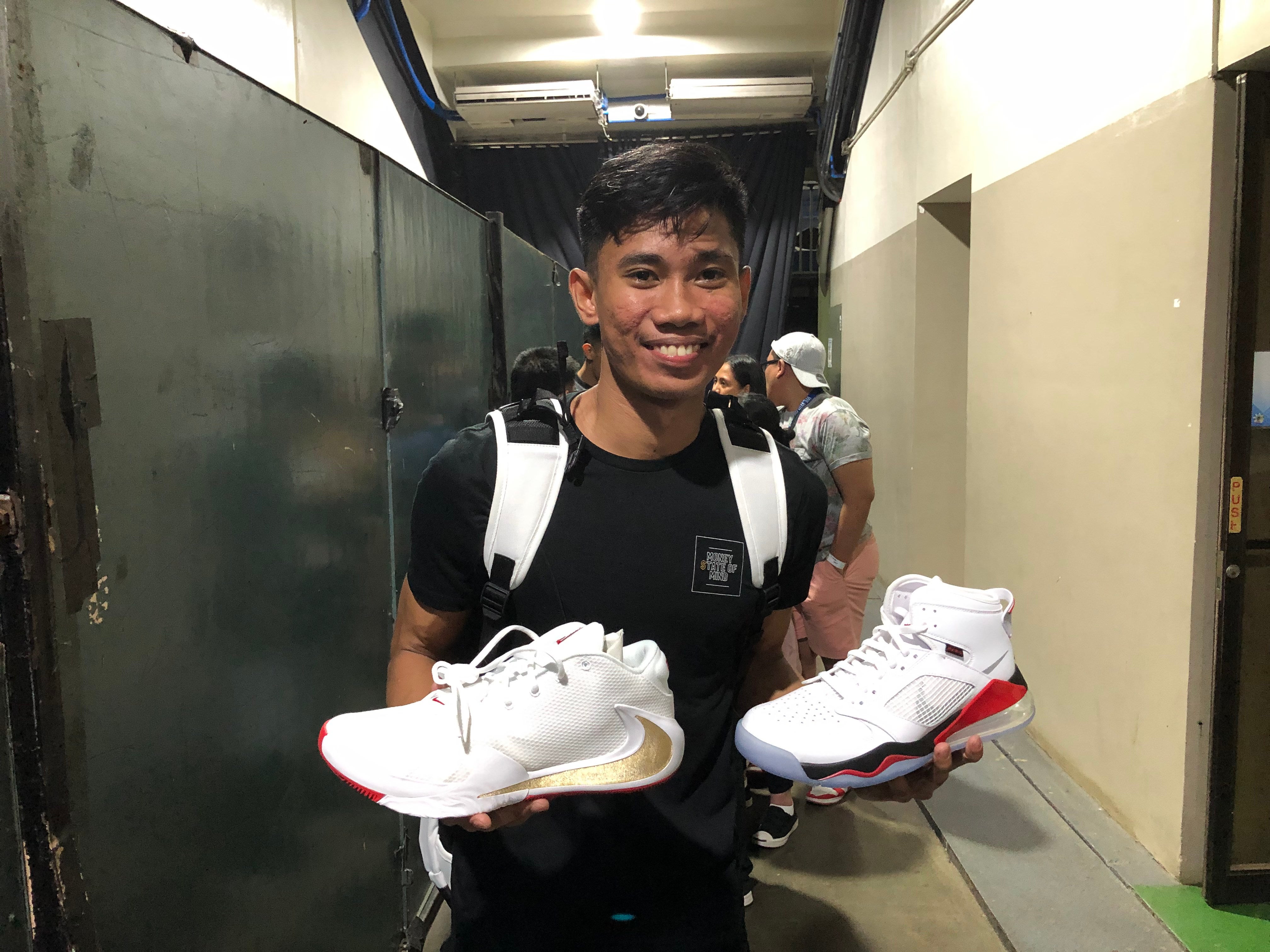 UST’s Rhenz Abando shows the sneakers given to him by Ateneo’s Thirdy Ravena after their game in the UAAP Season 82 men’s basketball tournament at Araneta Coliseum. Photo by Bong Lozada/INQUIRER.net

Abando, a hidden gem from La Union, instantly became one of University of Santo Tomas’ most important pieces this season taking home the first Player of the Week plum after leading the Growling Tigers to two straight wins to open the tournament.

Ateneo star Thirdy Ravena, however, was among the few who already saw the potential of Abando even before the UAAP season began after the two shared the court in the PBA D-League months back.

The brief moment in the developmental league started a professional relationship between the two and it proved to be more than an interaction when they met again on the court on Wednesday this time, in the UAAP.

“After our game against Cignal-Ateneo, Thirdy asked my shoe size and I only got it now, maybe he was busy,” Abando said in Filipino laughing.

Ravena, though, is a size 13 feet while Abando is a size 12 but that little disparity won’t be much of a problem.

Abando said the gesture just shows what kind of person Ravena is.

“It’s really inspiring playing against him because before you’re just watching him on TV and I want to really match up well with him,” said Abando. “Now I know that he’s a really nice person.”