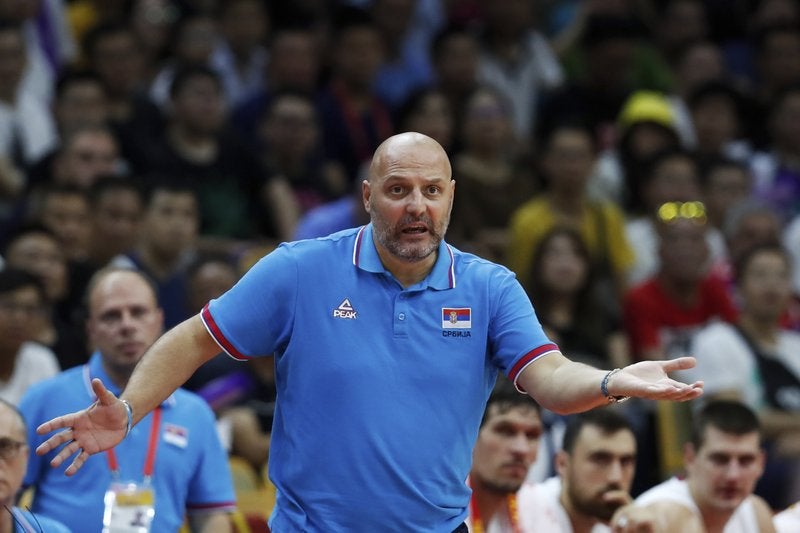 Djordjevic broke the news after Serbia beat the Czech Republic 90-81 to win the game that decided fifth and sixth place.

“I’ve already told the players I think it’s time to leave,” Djordjevic said through an interpreter. “That’s it. I want to resign now. … I’m leaving in a moment when we unfortunately didn’t manage our goal.”

Djordjevic said he decided to resign before the World Cup opened just over two weeks ago, suggesting he was not pushed by the poor outcome.

“Life goes in some other direction for me,” he added. “I wanted to be with my family this summer. It wasn’t easy. Everything was very tough; the preparation, the qualification and the competition.”

There was no immediate indication who will take over one of Europe’s — and international basketball’s — most respected teams.

Djordjevic, a former player, took over in 2013 and built success from the start.

Serbia had won silver medals in the last three major international tournaments under Djordjevic, including the Rio de Janeiro Olympics three years ago. Serbia also won silver in the 2014 World Championship (now called the World Cup), and in the 2017 EuroBasket (the European championship).

The losses in the final of the Olympics and the 2014 World Championship were against the United States. The EuroBasket defeat was against Slovenia.

Serbia failed in this World Cup, not only to win enough, but to book a place in next year’s Tokyo Olympics. Serbia will have to win an Olympic qualifying tournament next summer to advance.

“It will be tough, definitely,” said Bogdan Bogdanovic, the Sacramento Kings shooting guard who led Serbia on Saturday with 31 points. “There were many good teams upset at this tournament and I know they’ll be pretty motivated for the Olympics.”

Serbia and the United States were probably the two favorites going into China — perhaps Serbia even more than the under-strength Americans whose seventh-place finish was the lowest ever by a U.S. team at a major international tournament.

The Serbs were undone in the World Cup by back-to-back losses to Spain — in a second-round match — and Argentina in the quarterfinals.

Spain and Argentina will play for the championship on Sunday.

The United States had a disappointing World Cup, but still managed to reach Tokyo as one of the two best teams from the Americas at the World Cup.

Four spots remain for the 12-team Olympic tournament. They will come from four six-team qualifying tournaments next summer. The venue and draws for each venue are not finalized.