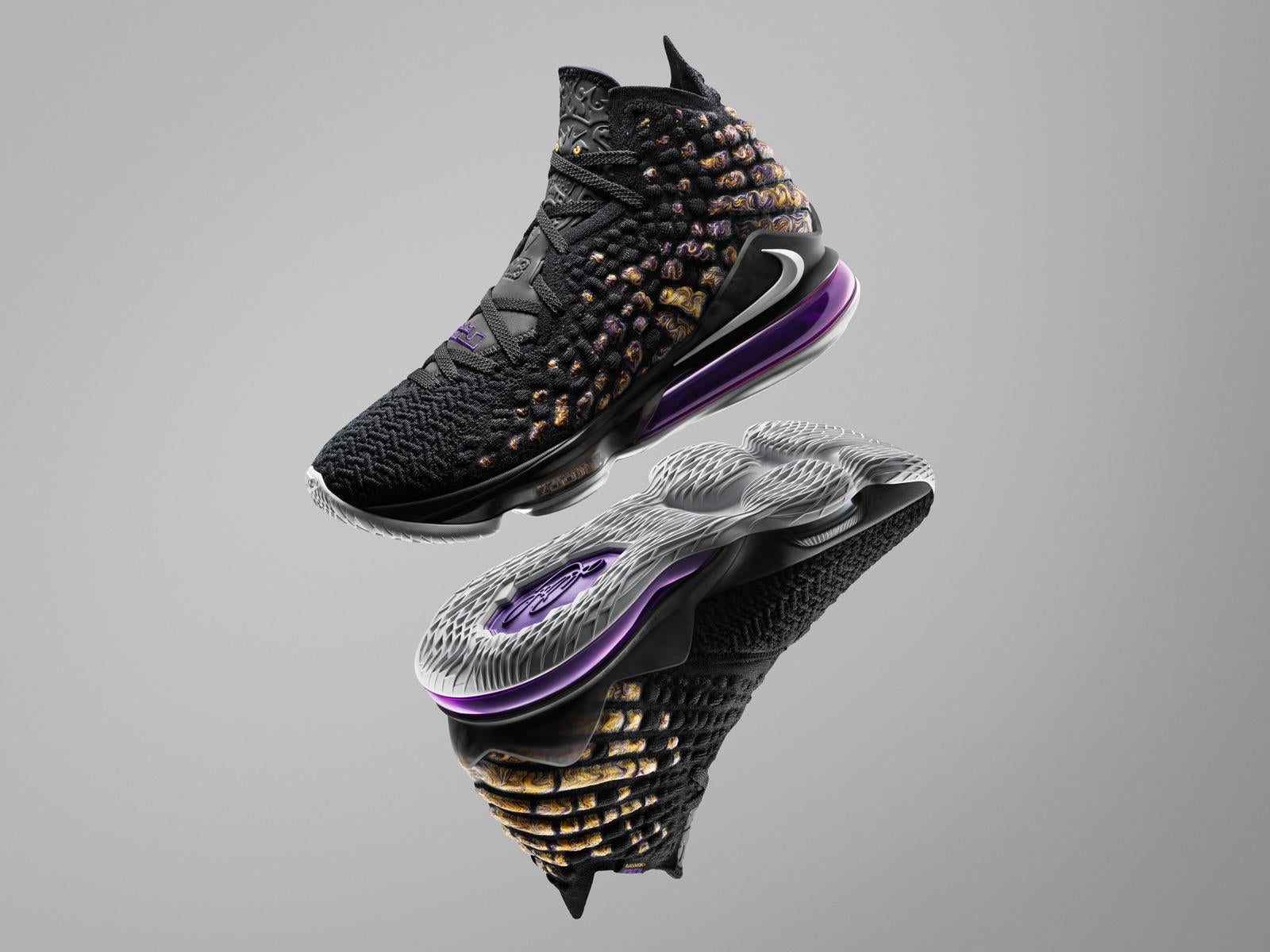 The Nike LeBron 17 dressed in purple and gold. Photo from Nike

It’s been nearly two decades since LeBron James first stepped foot on an NBA court but the four-time MVP is still considered as the best in the sport due to his combination of speed and strength.

At 6-foot-8 and 250 pounds, James is built like a power forward but has the quickness of point guard and allowing him to maintain a level of fitness for nearly 17 years are his signature shoes that have constantly evolved with him throughout his career.

With James entering his 17th NBA season, his signature line will also debut a 17th shoe designed to purposely give the generational talent optimum performance and comfort.

“We had ‘the blueprint’ in mind for the XVII, and we started from the ground up on everything, whether that was the construction of the knit or the way we could protect his underfoot with Air bags,” said Nike’s Jason Petrie, the designer of the LeBron XVII.

The first colorway that would hit Nike and Titan stores here in the country starting October 10 is the “Purple and Gold,” which is an homage to the Los Angeles Lakers, worth P9,895. “The silhouette was a way to reset the mark for LeBron, and futuristically explore how we would help his game with the best that Nike offers.”

“If you look at the evolution of LeBron’s line, you’ll see how he loves Max Air and we felt like the volume of Air in the XVII was the next solution in providing the stabilization and support he needs,” said Petrie.

Complementing the Max Air unit are two Air Zoom units in the forefoot, giving James better security when he lands.

The last performance feature in the shoe is the Knitposite upper that evolved from the Battleknit 2.0 that was used in the LeBron XVI.

“We wanted to blend the knit on the XV and the strength of the Battleknit on the XVI, the result is amazing,” said Petrie. “Once the heat is applied to the knitting process, you get this jewel-like armored exoskeleton that’s stuffed with these yarns. It’s both structural and soft in the areas it needs to be.”

The second colorway releasing is “In the Arena” that features an Oreo theme with the pair releasing on October 20. 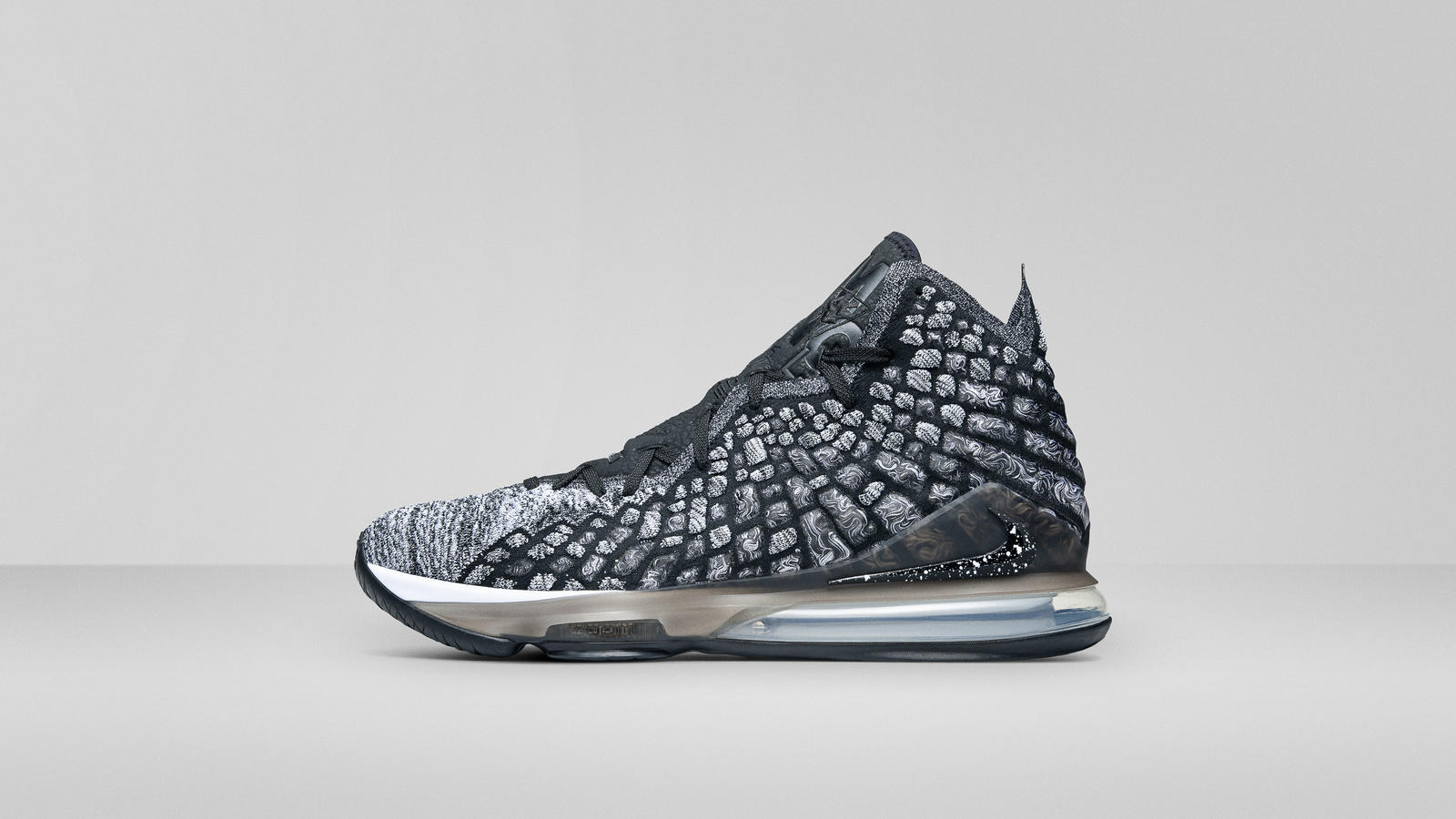 “Air Innovation,” which is a white-light grey colorway, will be sold on October 29.