FEU blows lead, recovers to beat UP in OT 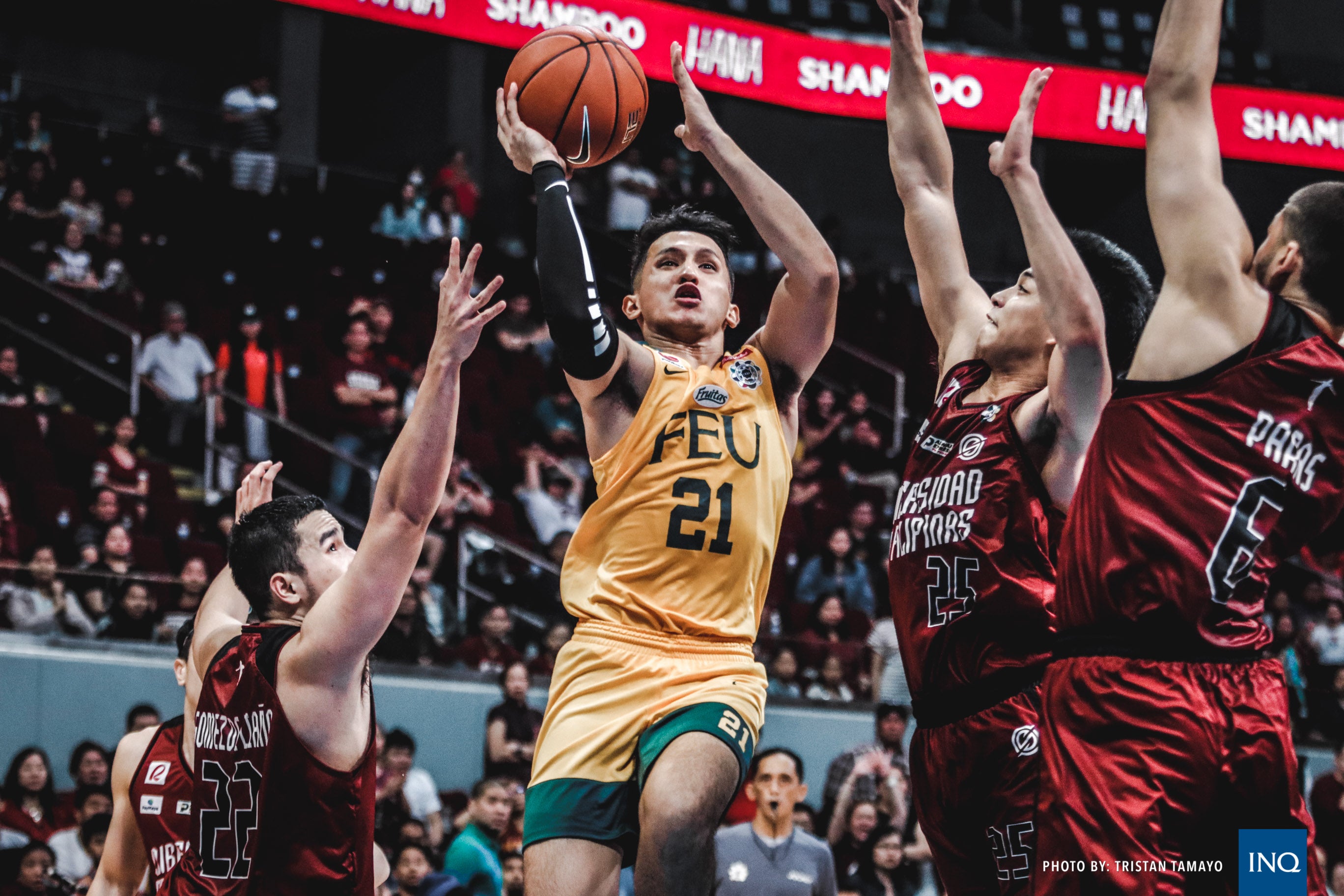 MANILA, Philippines—Ken Tuffin and Wendell Comboy delivered the biggest shots in overtime as Far Eastern University outlasted University of the Philippines, 82-79, Sunday night to climb into a share of third spot in UAAP Season 82 at MOA Arena.

Finally breaking out of his slump, Tuffin shot a terrific 5-of-6 from beyond the arc and finished with 18 points, while Comboy scored half of his 10 points in the extra period as the Tamaraws pulled level with La Salle and University of Santo Tomas with 4-4 records.

“That’s what you expect every game in the UAAP. We have to focus on what’s in front of us and that was UP. We kept our focus. We started out well, we didn’t end well in regulation but we came back in overtime.”

Much of the pre game hype centred on the absence of UP coach Bo Perasol, who was serving the first of a three-game suspension.

But the Tamaraws immediately set the tone with LJ Gonzales anchoring their strong start that saw them build a double-digit lead in the first period.

FEU nearly wasted a 19-point lead in the second half as the Fighting Maroons ended regulations with a 16-0 run capped by Javi Gomez De Liano’s lay-up with 24.7 seconds remaining.

Comboy missed a potential game-winning triple at the buzzer, but came out strong in the extra period, hitting a triple to extend the lead, 77-72, with 2:11 remaining in overtime.

Juan Gomez De Liano made three foul shots in the next possession, and Bright Akhuetie tied the game at 77-all with 1:04 remaining.

But Tuffin hit a three for the go-ahead basket and after UP came up empty on the next play, Comboy nailed a baseline jumper to help seal the win.

“He’s been putting in the work,” said Racela, referring to Tuffin, who entered the game averaging just under 4 points an outing. “He struggled in the past games, but all players go through that and what matters is what you do when that happens. He just stayed the course.”