Worth the trip for Racela after FEU win over UP 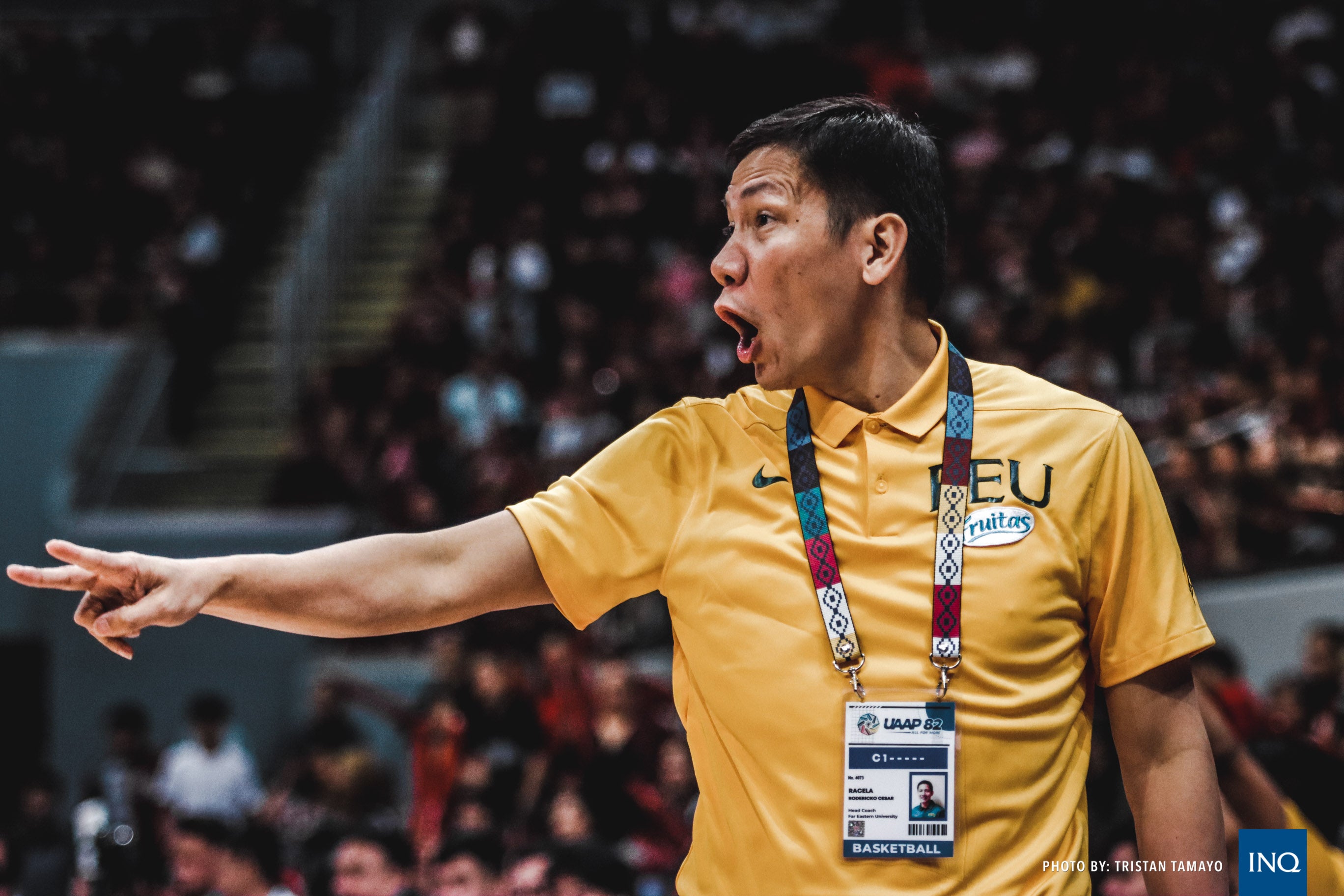 MANILA, Philippines—To say that Olsen Racela had an eventful weekend would be an understatement.

Racela, the Far Eastern University head coach, was in another time zone just hours before FEU took on University of the Philippines in the UAAP Season 82 men’s basketball tournament as he served his duties as Barangay Ginebra’s assistant coach in the PBA Governors’ Cup.

The Gin Kings played at Coca-Cola Arena in Dubai, losing to NLEX, 113-111, in overtime and that extra frame compounded Racela’s worries as he had to rush to Dubai International Airport and arriving at the gates less than two hours before his 9:40 p.m. flight on Saturday in Dubai (1:45 am Sunday in the Philippines).

Racela’s exhausting journey from Dubai to Manila, however, had one sweet reward with the Tamaraws winning in overtime, 82-79, over the Fighting Maroons at Mall of Asia Arena.

“Actually with the way we played, the result was a bonus. My journey was worth it.”

Racela arrived at Ninoy Aquino International Airport at 12:30 p.m. and he arrived at MOA Arena 30 minutes later, giving him three hours to prepare for the game against UP.

Arriving at the venue, however, wasn’t the end of Racela’s worries after the Tamaraws squandered a 17-point lead, 60-43, after going scoreless in the final six minutes of regulation.

The Fighting Maroons outscored the Tams, 26-9, in the fourth to head into overtime tied at 69-all.

Big shots from Ken Tuffin and a Wendell Comboy pull-up jumper with 18.3 seconds won it for FEU (4-4), which grabbed a share for the third spot with University of Santo Tomas and De La Salle.

UP, meanwhile, stayed in the second spot with a 5-3 record.

“Beating the No. 2 team shows that we can compete but you have to show that kind of game for that to happen,” said Racela. “Everyone has to contribute. We’re hoping we could sustain that.”