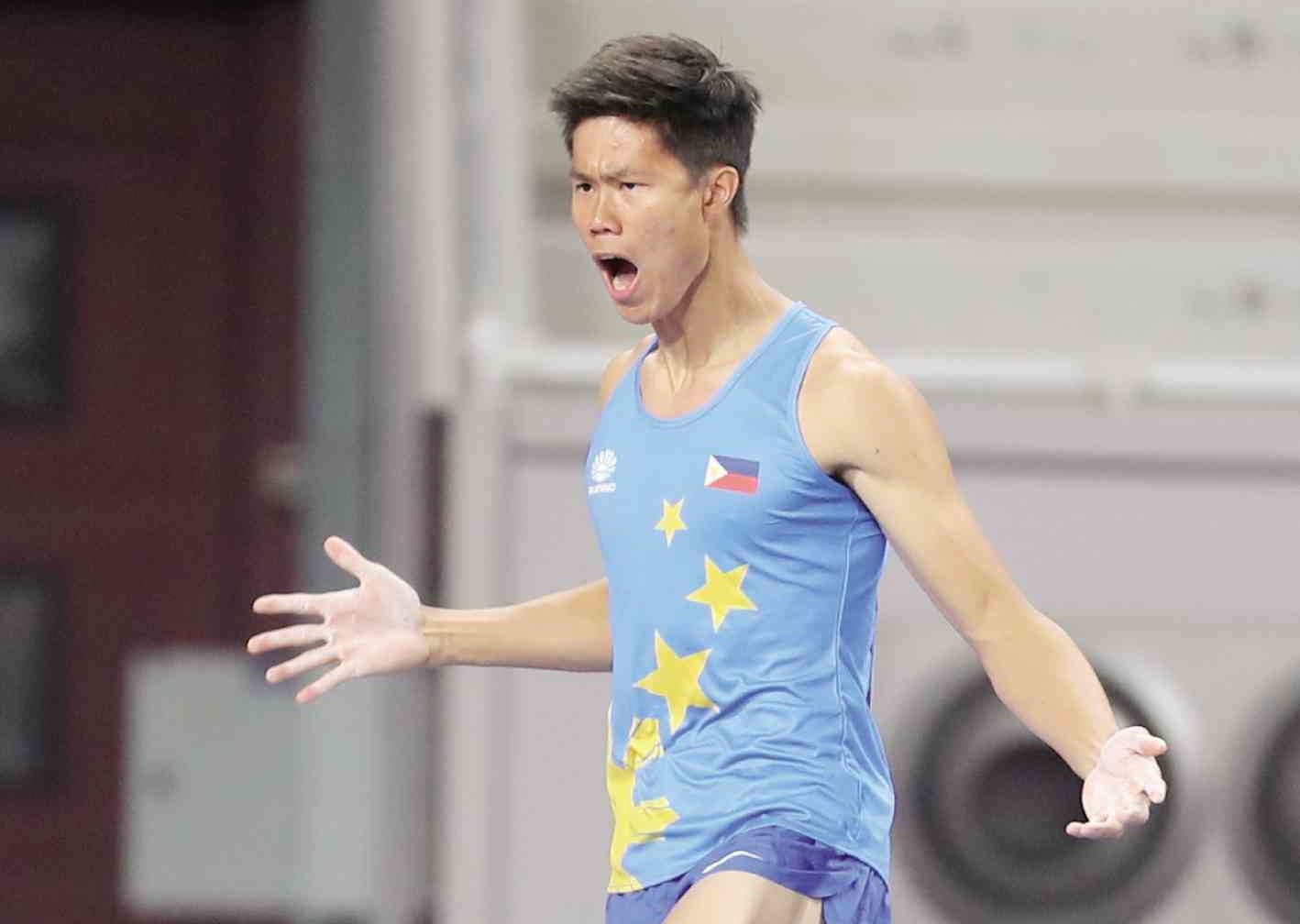 FILE – Obiena exults after clearing 5.71 meters for the championship and the new meet record. —AFP

MANILA, Philippines—Filipino Olympian EJ Obiena looms as one of the favorites to win the gold in pole vaulting in the Southeast Asian Games here later this year.

Obiena has a personal best 5.81 meters, a distance which ranks 10th in the world and is .46 meters than Thailand’s Porranot Purahon’s mark that won the gold in the 2017 SEA Games held in Kuala Lumpur Malaysia.

The 23-year-old Obiena, however, doesn’t want any hint of overconfidence as he sees his competition on equal footing heading into the regional meet.

“I may have the slight edge but it’s a competition. Anything can happen. Hopefully, I can be the one standing on top of the podium holding the Philippine flag,” said Obiena during the PSA Forum Tuesday at Amelie Hotel Manila.

The 6-foot-2 Obiena is fully aware that the stakes are high given that he will be competing before a hometown crowd expecting nothing less than for him to finish on top.

“I will do my best to win the SEA Games gold. It’s our home country. It’s going to be a shame if I lose and I know that,” said Obiena, fully recovered from an ACL injury he sustained just days before the 2017 edition.

The pole vault competition is set Dec. 7 at New Clark City in Capas, Tarlac, which is the main hub of the biennial event.