Stepping back for good of team, Zach Huang unleashes offensive potential for UST 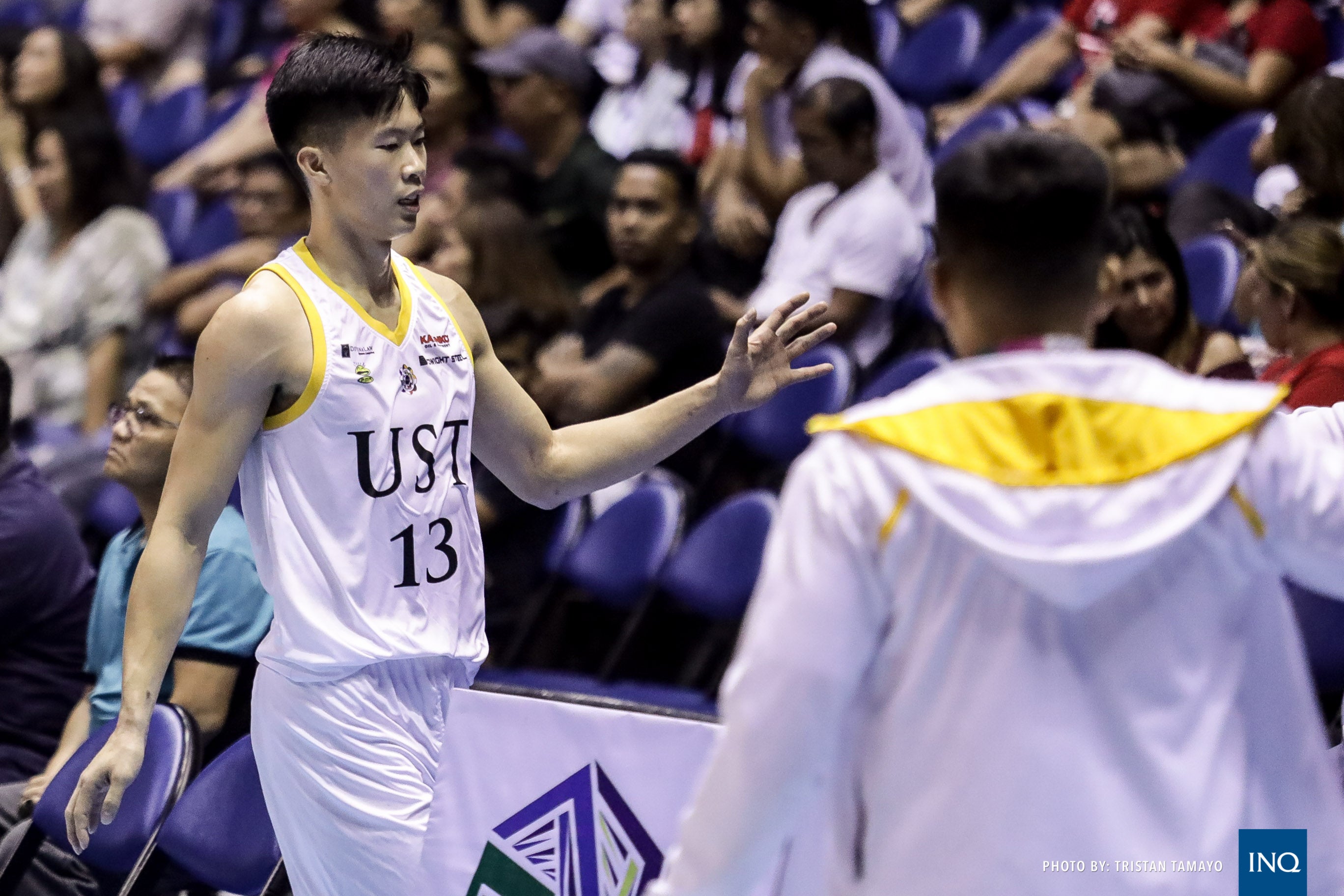 MANILA, Philippines—University of Santo Tomas needed to break out of its slump when it faced  University of the East Wednesday in the UAAP Season 82 men’s basketball tournament.

With the Tigers determined for a victory after two straight losses, Zach Huang rose to the occasion and led the Growling Tigers to the 101-73 demolition of the Red Warriors.

“I’m happy to get my numbers but I have to give credit to my teammates because they were looking for me early in the game and they were playing unselfish basketball,” said Huang, who had a season-high 22 points, on 8-of-12 shooting, with five rebounds.

Huang was largely a wallflower in UST’s offense in the previous eight games, putting up just 4.1 points and 3.4 rebounds.

His offensive outburst against the Red Warriors marked the first time he reached double digits in points and his six three-pointers already exceeded the four conversions combined from Season 81 and and in his past eight games.

“I’m willing to take a step back if that’s what the team needs and if my teammates are more talented than me,” said Huang, who led the Growling Tigers to the third seed with a 5-4 card. “I’m willing to step down as long as we get the win.”

Huang usually operates in the mid-range and in the paint but his hot shooting this game was a testament to his continuous drive to improve.

“I always want my game to be complete because last year I barely took threes,” said Huang, who went 1-of-9 from deep in Season 81. “Coach [Aldin Ayo] is always telling us and preaching to us to not limit ourselves and there’s always room for improvement.”