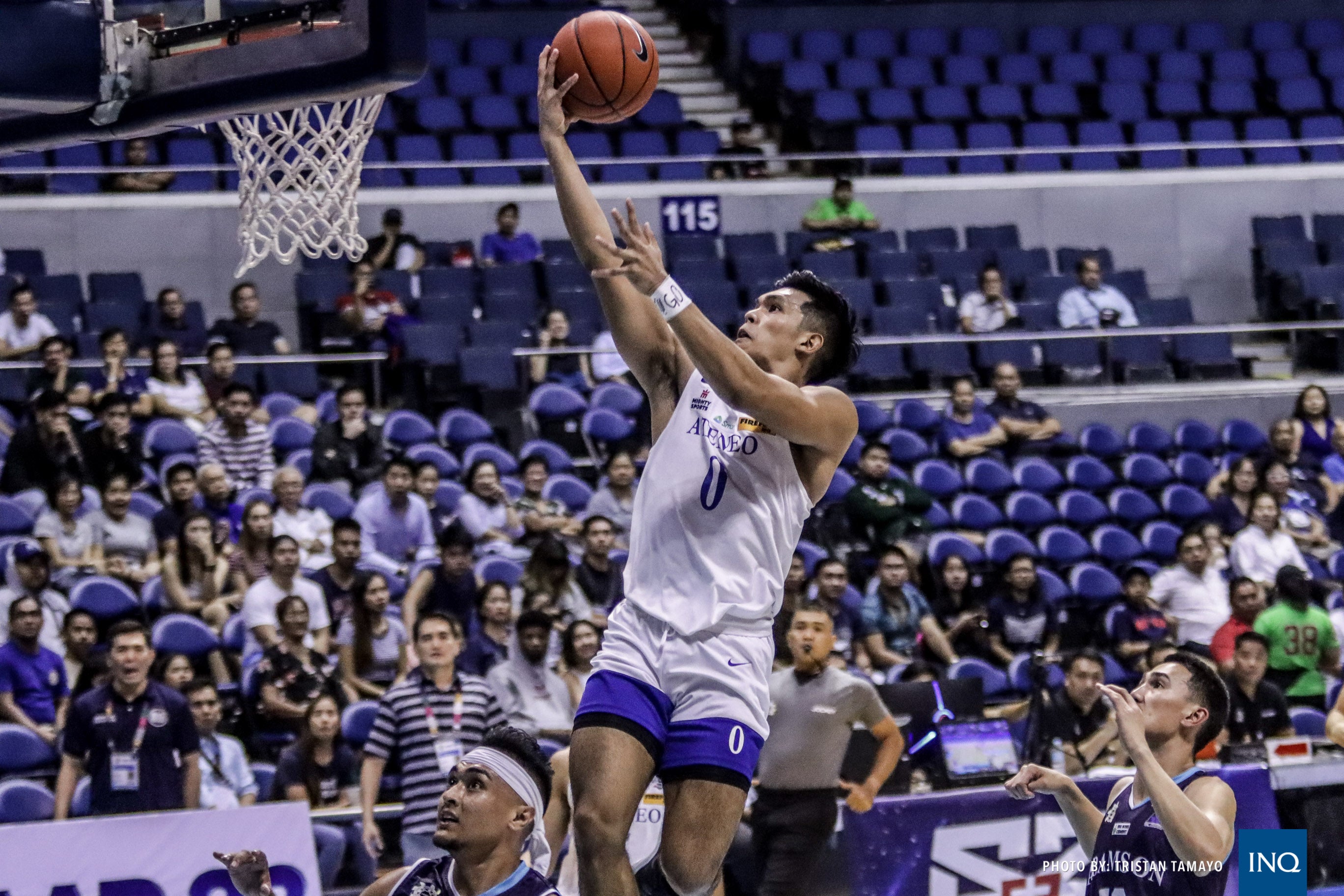 MANILA, Philippines–Thirdy Ravena notched a season-high output, while forward Will Navarro sparkled on both ends of the floor as Ateneo overcame Adamson, 80-74, last Wednesday to stretch its unbeaten start to nine games in UAAP Season 82 at Araneta Coliseum.

Ravena became the first Blue Eagle to score over 20 points this season, finishing with 23, while Navarro tallied 11 points, eight rebounds and four blocks for an Ateneo squad that came up with an answer to every Adamson uprising in the second half.

“Adamson came out with a real fire and a great game plan and they 40 minutes of great basketball,” said Ateneo coach Tab Baldwin. “We were patchy. In the first half, we were ordinary and the third quarter we played with purpose.”

The Eagles improved to 9-0 for the season and also secured a 19th straight win in a run that dates back to the second round last season.

It was a nip-and-tuck affair in the first half before the Eagles gained separation in the third period when Navarro and Ravena nailed back-to-back treys to extend the lead, 56-48.

Ateneo didn’t relinquish control from there even with Jerrick Ahanmisi and Val Chauca hitting their stride from beyond the arc. Ateneo outscored Adamson, 29-13, in the third period.

The Falcons’ fourth straight defeat put a dent on their Final Four hopes. With University of the East losing to UST, 73-101, earlier in the day, the Falcons remained in a tie for sixth spot with the Warriors with 3-6 records.