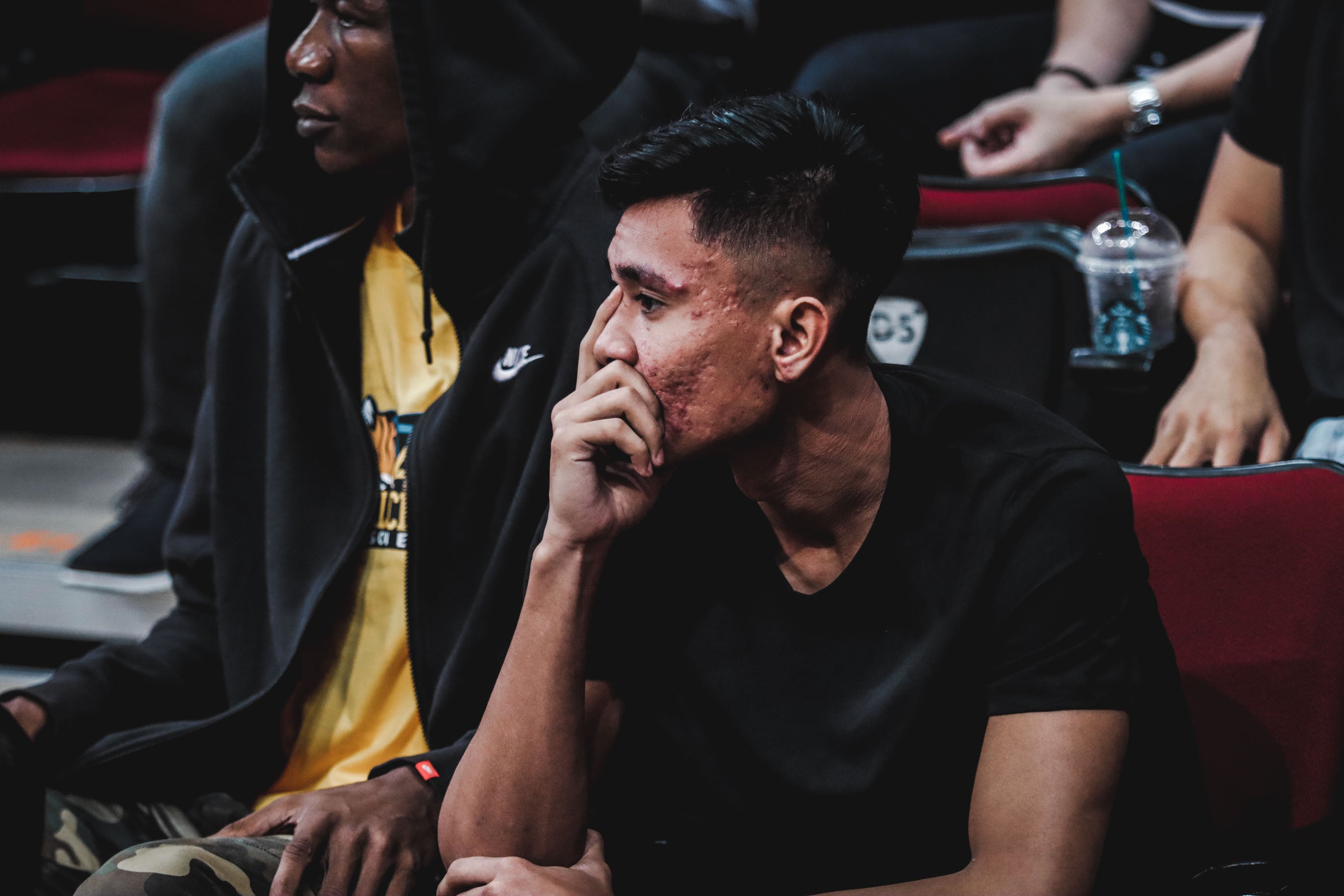 MANILA, Philippines—Rhenz Abando has been a constant presence for University of Santo Tomas so far in UAAP Season 82 but the athletic forward was curiously left off the roster against University of the Philippines on Wednesday.

The Growling Tigers were in a must-win situation to get sole possession of the third seed but the rising star missed the action and was seen sitting behind UST’s bench in street clothes.

UST escaped 84-78 win to improve to a 6-5 record, moved just half a game behind the Fighting Maroons who hold a 6-4 card at the second seed.

“Right now, I’m not going to comment regarding that,” said Ayo after the hardfought win.

Abando has been UST’s breakout star of the season putting up 11.8 points, 5.0 rebounds, 1.1 assists, and 1.3 blocks including several dunks that has left the Growling Tigers’ faithful on awe.

Team insiders, however, said Abando was still in practice and there was nothing outside the norm about his actions.