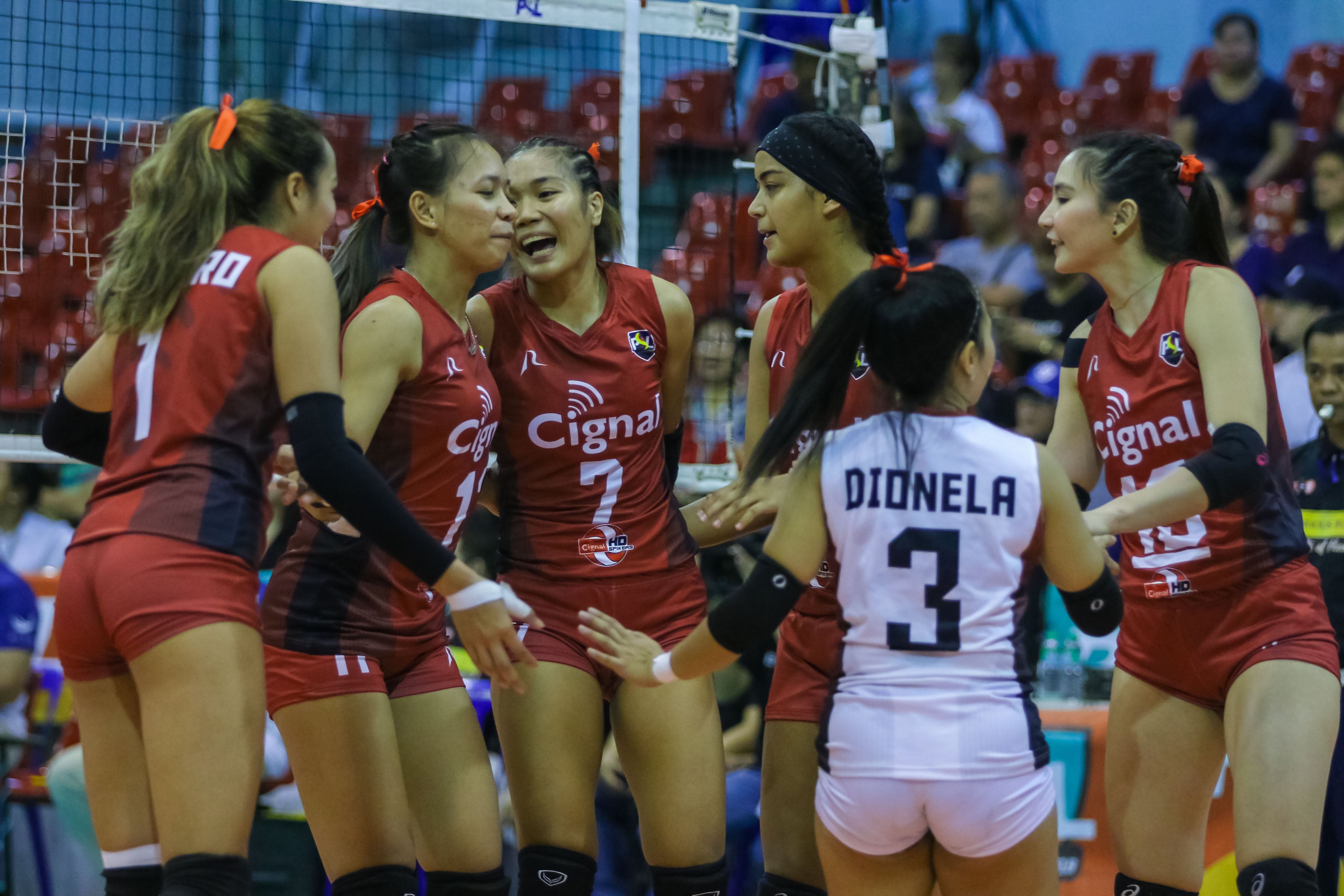 MANILA, Philippines–Cignal came out too strong against an undermanned Foton to prevail, 25-22, 25-15, 25-17, Thursday and claim bronze medal in the Philippine Superliga Invitationals at Ynares Sports Center in Pasig City.

The HD Spikers needed just a late-set surge to come back from 19-14 and steal the opening frame, setting the rout in place.

The Tornadoes failed to get their rhythm after that and even their feisty rookie Eya Laure could not get through the HD Spikers’ well-placed defenses.

CJ Rosario, Foton’s middle blocker, hurt her left knee early in the third and had to be wheeled away from the court.

That practically broke the back of Foton which had already missed Japan-based sisters Jaja Santiago and Dindin Manabat this conference.

The HD Spikers thus finished in the podium twice this year after placing second in the All Filipino.

“It was awesome playing with this girls, we stick together always as team,” said Robins-Hardy, who was acquired by Cignal midway in the season.