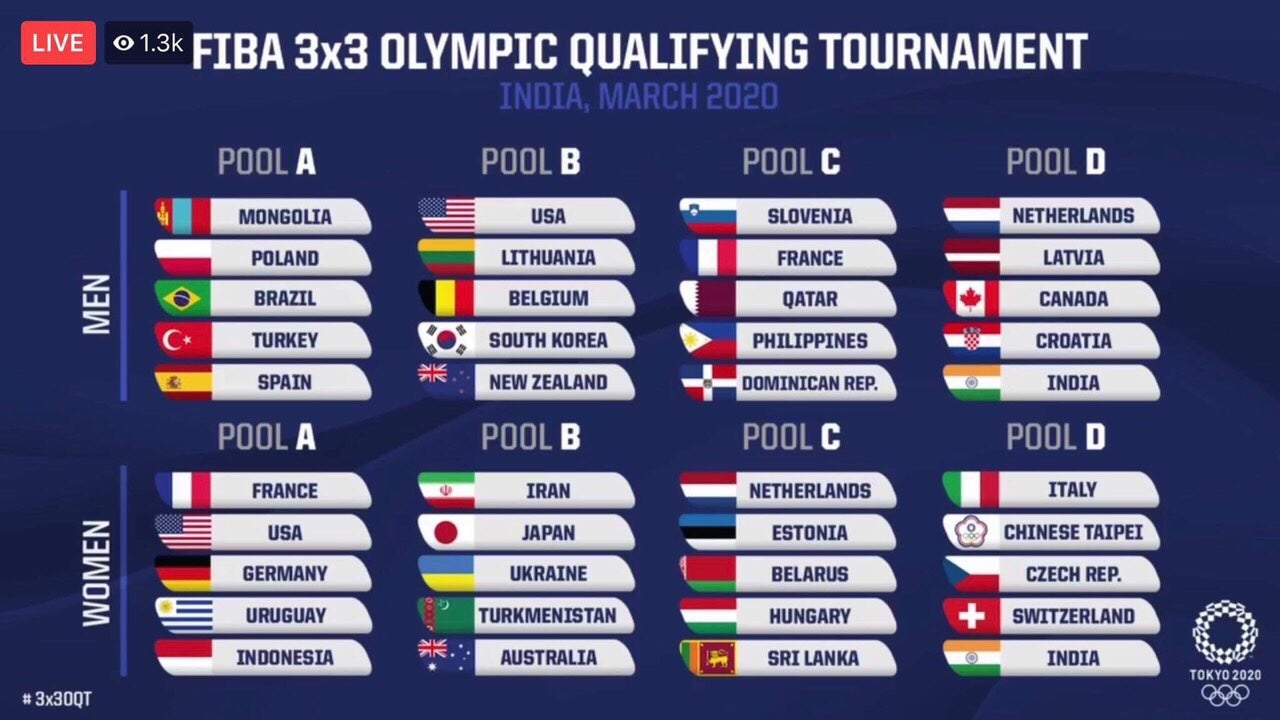 MANILA, Philippines—The Philippines took a step closer into the Tokyo Summer Games after it was named as one of the 20 nations that will compete in the 2019 Fiba 3X3 Men’s Olympic Qualifying Tournament.

The announcement was made in a ceremony Friday in Utsunomiya in Japan where Fiba President Hamane Niang and Fiba Secretary General Andreas Zagklis were in attendance.

The Philippines was grouped with Slovenia, France, Qatar, and the Dominican Republic in Pool C.

Serbia, Russia, China, and host nation Japan are all qualified for the 2020 Tokyo Olympics while the 20 teams participating in the OQT will play in India in March 2020.

The Philippines accumulated enough points to be considered as one of the top 3X3 countries in the world after Chooks to Go launched Fiba-sanctioned 3X3 tournaments since Feb. 16.

Mongolia, Poland, Brazil, Turkey, and Spain are in Pool A while the United States, Lithuania, Belgium, South Korea, and New Zealand are in Pool B.

The Netherlands, Latvia, Canada, Croatia, and OQT host India are in Pool D.

The Philippine national team would be composed of two players from the top 10 in the country rankings and a couple more within the top 50.