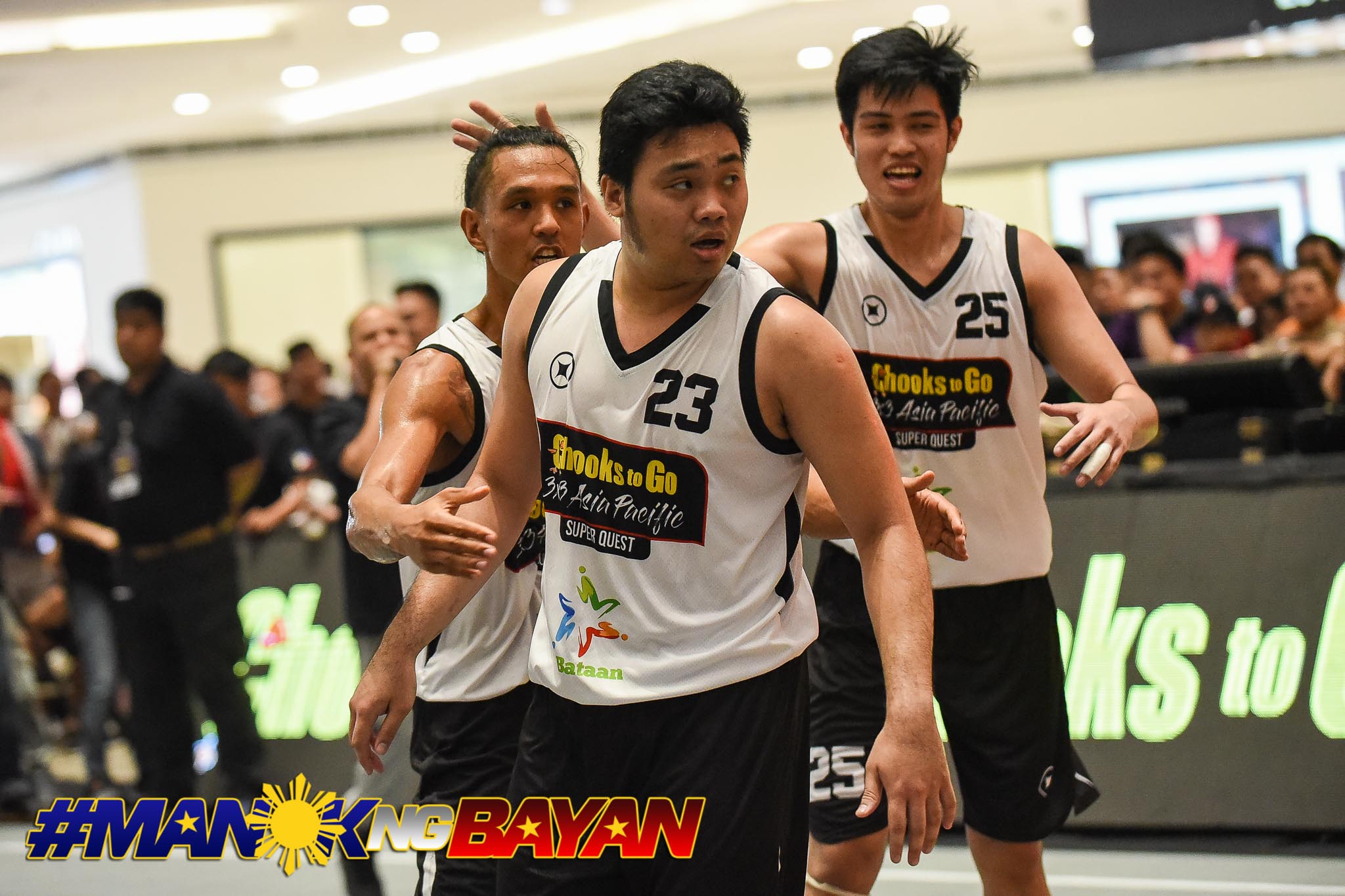 MANILA, Philippines—Philippine basketball officials showed their euphoria and support after the country was named as one of the 20 nations that will compete in the Fiba 3X3 Men’s Olympic Qualifying Tournament.

The Philippines can book its slot in the 2020 Tokyo Olympics if it places in the top three of the OQT that will be played in India in March of 2020.

“We’re very happy that the Philippines will be competing in the upcoming Olympic Qualifying Tournament for a shot at making it to the 2020 Tokyo Olympics,” said Samahang Basketbol ng Pilipinas president Al Panlilio.

The Philippines is grouped with Slovenia, France, Qatar, and the Dominican Republic in Pool C of the OQT.

Getting into the OQT wouldn’t have been possible, however, if not for the efforts of food-slash-sports company Chooks to Go after it started a 3X3 league in the country.

Chooks to Go Pilipinas 3X3 started its Fiba-sanctioned season in Feb.16 and immediately had three conferences—the President’s Cup, the Patriot’s Cup, and the Magiting Cup—which had level-seven tournament ratings with level-10 as the highest.

These tournaments allowed the Philippines to accumulate enough points to rise from its humble no.59 ranking and get a spot in the OQT.

“We are extremely happy with this development, but we could not have done it without the combined efforts of everyone,” said Chooks to Go Pilipinas 3X3 league owner Ronald Mascariñas.

“We would like to thank the Samahang Basketbol ng Pilipinas headed by chairman emeritus Manny V. Pangilinan and president Al, the numerous private promoters, all the players from Chooks to Go Pilipinas 3X3, and, of course, the Filipino people who supported us for the last nine months,” added Mascariñas.

Mongolia, Poland, Brazil, Turkey, and Spain are in Pool A while the United States, Lithuania, Belgium, South Korea, and New Zealand are in Pool B.

The Netherlands, Latvia, Canada, Croatia, and OQT host India are in Pool D.

The Philippine national team would be composed of two players from the top 10 in the country rankings and a couple more within the top 50.