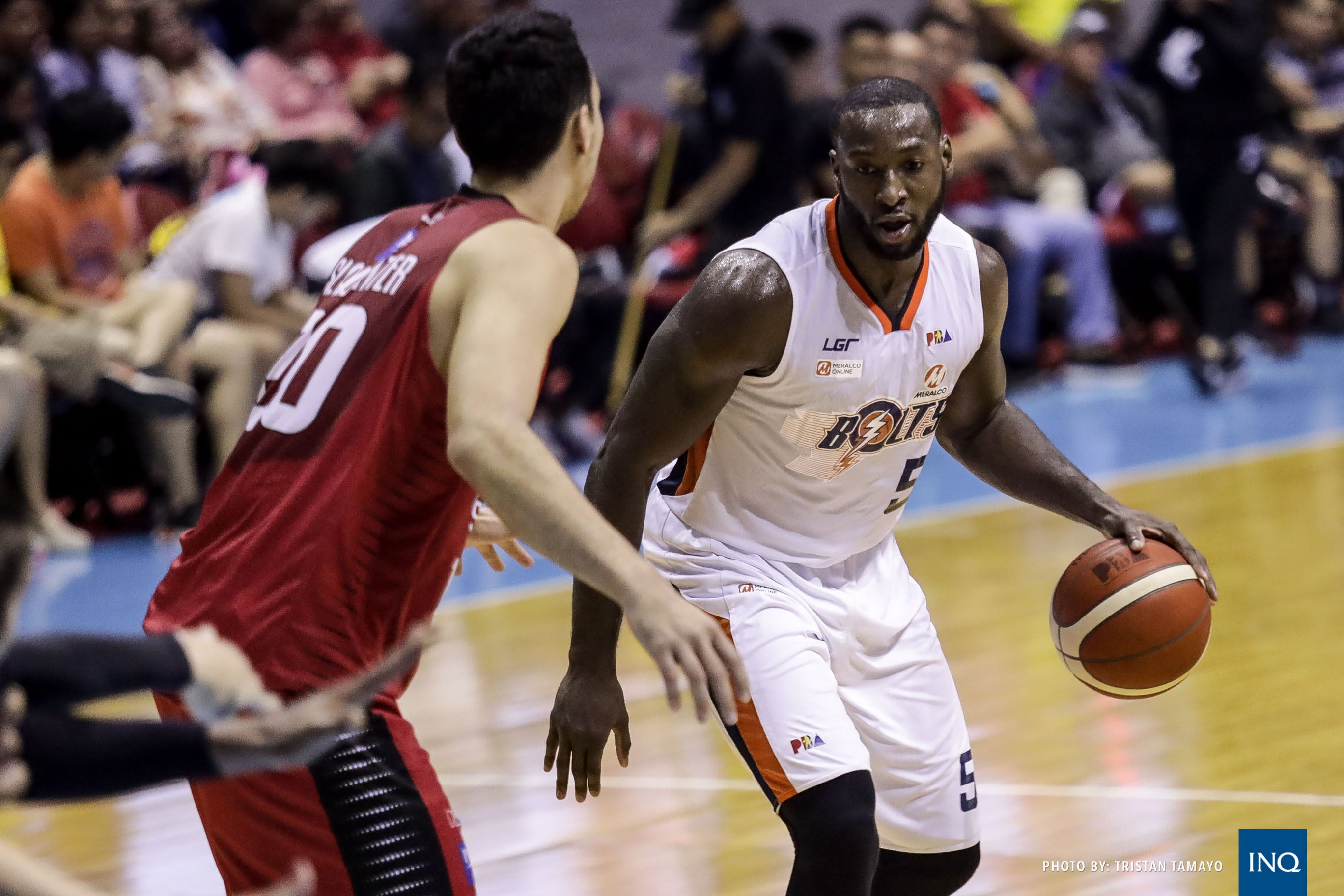 “He was hitting his triples, scoring inside. He was just setting the tone for this team,” he said of his old reliable, who was also the Bolts’ pacesetter in last week’s rout of Triple Crown-seeking San Miguel Beer.

Durham ended up with 39 points, 12 rebounds and seven assists, while Raymond Almazan, Bong Quinto and Chris Newsome also finished in twin digits as the Bolts tightened their grip of the third spot at 6-2.

Quinto had 13 points and five rebounds, Newsome shot 11 while grabbing nine boards while Almazan also flirted with a double-double with 10 points and nine rebounds.

The Gin Kings drew only two double-digit scorers from its cast. Import Justin Brownlee fired 18 points on 8-of-19 shooting from the field while LA Tenorio chipped in 12 in the loss that snapped a four-game run.

“Offensively and defensively, we really played well,” said Black, who, in the same breath warned about complacency amid his team’s streak.

“The goal is to not think that this is the best basketball [we could play],” said the Grand Slam mentor, whose squad faces teams in the bottom half of the standings in Columbian, NorthPort and Rain or Shine.