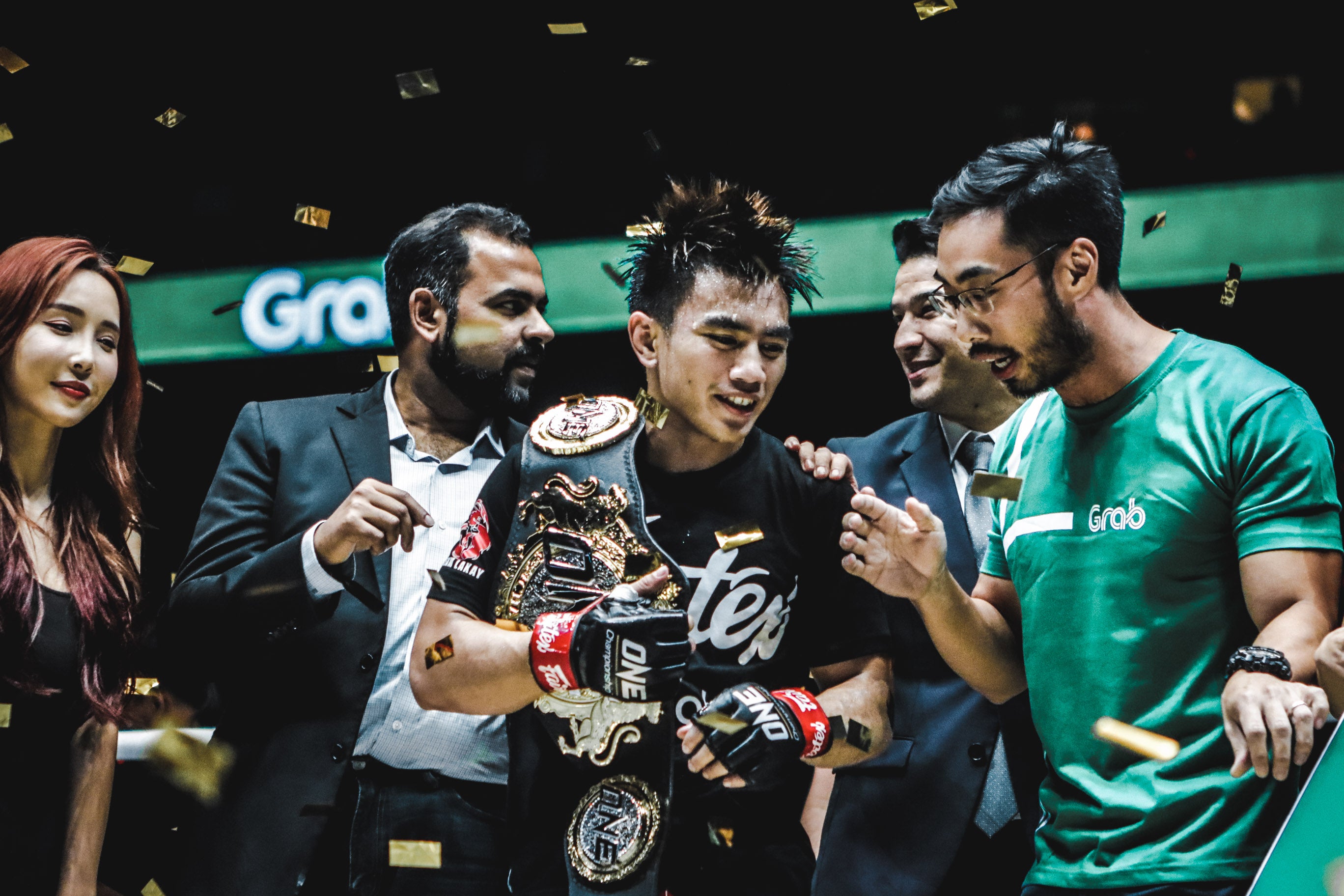 MANILA, Philippines—Joshua Pacio retained his ONE World strawweight championship after submitting fellow Filipino Rene Catalan midway through the second round in the main event of ONE: Masters of Fate.

The 23-year-old Pacio had side control then transitioned to successfully lock the arm triangle choke and prompt Catalan to tap out 2:29 into the second round.

The bout started off hot with Pacio tagging Catalan with a spinning heel kick and following it up with a takedown.

Catalan (6-3) had his moment in the first round when he tried to lock up Pacio’s right ankle but the young champion, who’s 17 years the junior of the challenger, managed to break free and continue the match standing up.

This was Pacio’s second title defense and his first successful one after he lost his first championship to Yosuke Saruta in January.

Pacio regained the belt in April knocking out Saruta with a knee strike to the head 2:43 into the fourth round of their bout in April.

The loss snapped Catalan’s six-fight winning streak that began in 2016 when he scored a unanimous decision win over Zhang You Liang.