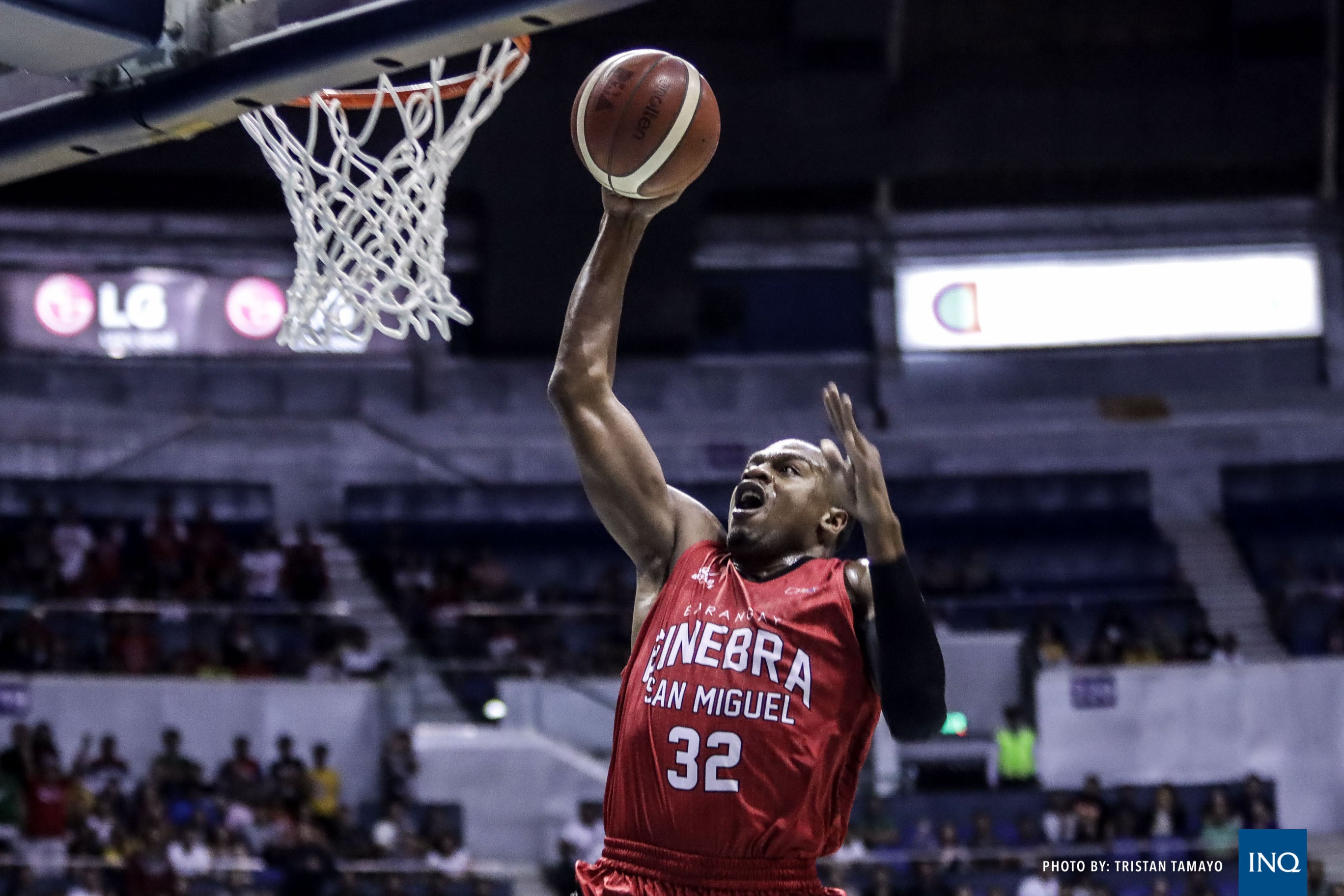 MANILA, Philippines—Barangay Ginebra held on to deny San Miguel Beer’s bid for a Grand Slam, 100-97,  Sunday night and book a ticket to the 2019 PBA Governors’ Cup semifinals at Smart Araneta Coliseum in Cubao.

“That team is so great—so great for so long. You just know that they’re gonna find a big [defensive] moment,” said Ginebra coach Tim Cone, who had to gather himself and heaved a sigh of relief following a thriller.

“We need to grind it out and we did,” he added.

The Gin Kings pulled out the necessary stops in the final minute, including an emphatic swat by Justin Brownlee on Terrence Romeo’s potential game-tying triple in the closing seconds of the game.

Brownlee finished with 41 points, 11 rebounds to go with three blocks and a pair of steals.

Stanley Pringle tossed in 24 points, while LA Tenorio chipped in 12 as Ginebra waits for the winner between top team NLEX and No. 8 NorthPort.

The Beermen, who played without star forward Arwind Santos, turned to June Mar Fajardo, who registered with 24 points and 18 rebounds.

SMB import John Holland contributed 20 points and eight rebounds and was unable to deliver when it mattered most.

“Certainly Arwind would’ve changed the game,” said Cone. “He has been a thorn to my side for a long time.”