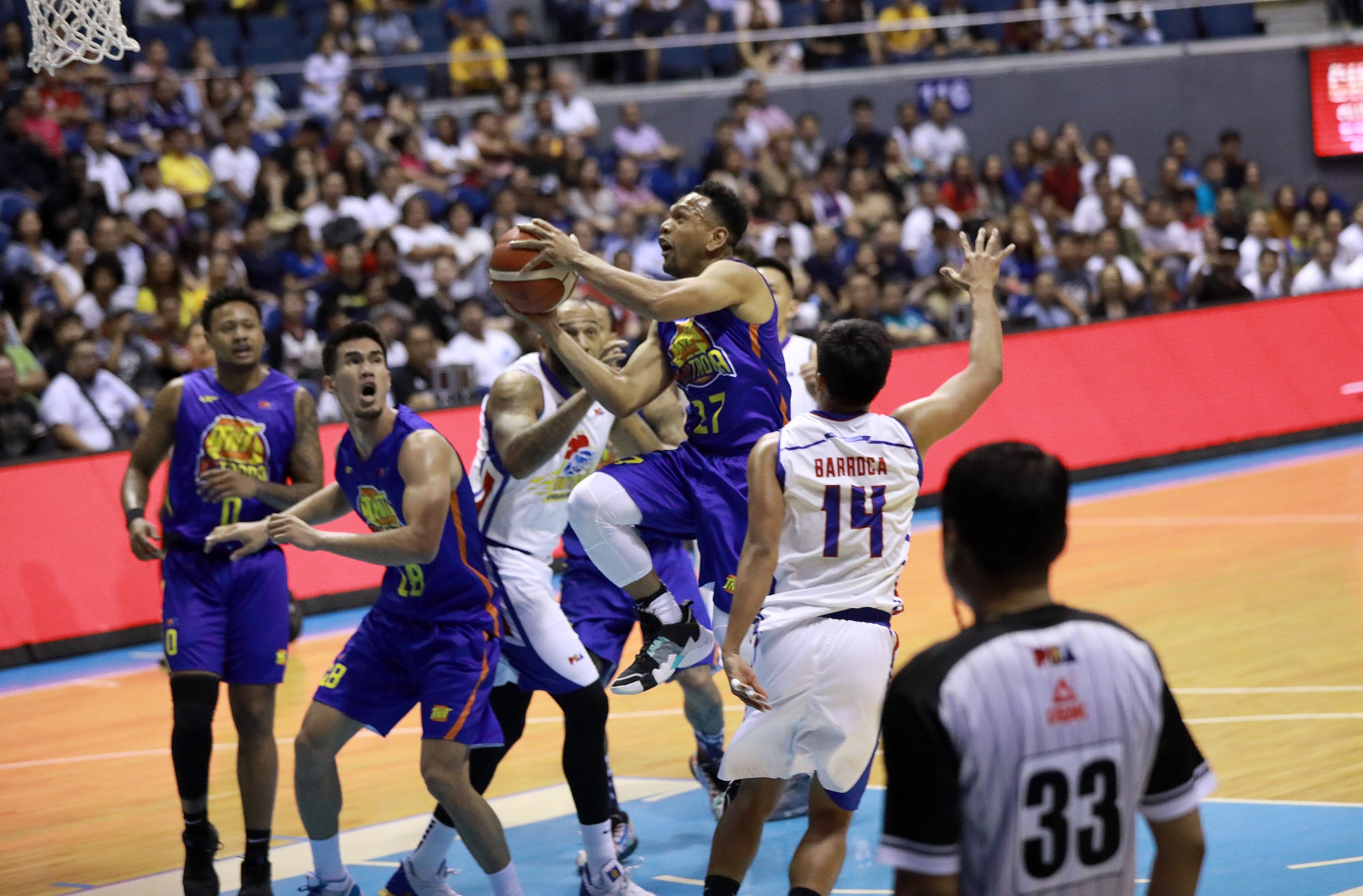 Ray Parks hit two pressure-packed free throws in the final six seconds of the contest while Jayson Castro delivered a team-best 30 points on top of seven assists as the KaTropa booked a trip to the semifinals.

KJ McDaniels, who collected 25 points and 17 rebounds, also came up big down the stretch as he emphatically erased Romeo Travis’ shot that ended the Hotshots’ title-retention bid.

“We’re really a totally different team with him around,” Ravena said of his playmaker Castro, who just made his second game back from a calf injury.

TNT faces sister team Meralco in the semifinals, which will tipoff after the Southeast Asian Games.

“They’re at their peak, they on a roll, so we have to take care of business and be ready (come game time),” said Ravena of Meralco.

Travis led all scorers with 32 points while Rome dela Rosa had 13 for the Hotshots.