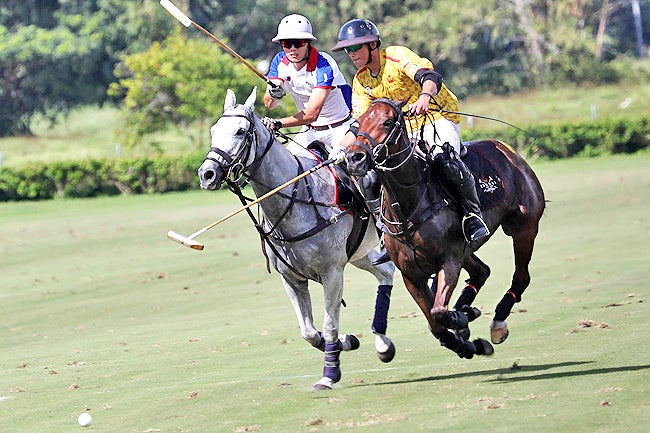 Prince Abdul Mateen of Brunei in action against the Philippines during the polo competition of the 2019 Southeast Asian Games. Photo from Borneo Bulletin

“They are a very tough team (Philippines). Individually, they are very good players,” said His Royal Highness Prince Abdul Mateen in an interview with the Philippine media.

His Royal Highness Prince Abdul Mateen also shared that the team have played numerous games under their belt since their last participation at the SEA Games in Kuala Lumpur two years ago.

“Hopefully we can do much better than last time,” added His Royal Highness, whose side grabbed bronze in Malaysia.

His Royal Highness is no stranger to polo games in Manila but the outing against the SEA Games hosts was his first time playing in Calatagan.

The national team will continue their qualifying campaign in Division ‘A’ against Indonesia on November 26 before concluding the 4-6 high goal event with an encounter against Malaysia on November 28.

The top two countries from Division ‘A’ will proceed to the gold medal match while the third and fourth placed team will battle it out for bronze.

The medal playoffs for the 4-6 high goal event is expected to be held on December 1.

The polo event is the first sport to be contested in the SEA Games with the opening ceremony slated on November 30.