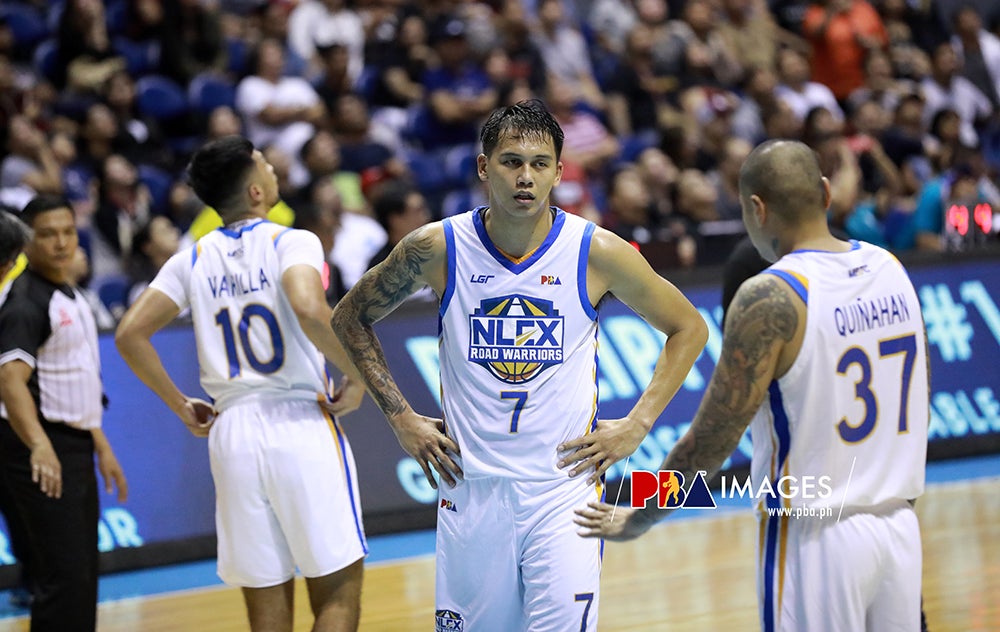 MANILA, Philippines—Challenged all-conference long, No. 1 NLEX will be tested yet again when it takes on eighth seed NorthPort in a do-or-die for the last semifinals berth in the 2019 PBA Governors’ Cup.

After getting walloped by the Batang Pier in the first game of their quarterfinals matchup, the Road Warriors will head into the rubber match without their star big man Poy Erram and reserve guard Paul Varilla due to a one-game suspension.

The PBA on Tuesday suspended both Erram and Varilla for their hit on NorthPort import Michael Qualls during the fourth quarter of the Batang Pier’s 115-90 win at Araneta Coliseum.

Erram and Varilla, who got tossed after being called for a flagrant foul penalty 2, were also fined P50,000 and P40,000, respectively for the incident.

Qualls took the brunt after getting struck on the back of the head by an Erram elbow after seemingly unintentionally stepping on Varilla’s stomach. Varilla also went after Qualls and threw a punch at him.

With a shorthanded roster, NLEX can’t afford to draw another subpar outing from reinforcement Manny Harris, who scored just 12 points on 5-of-18 shooting from the field after averaging 32 points per game in the elimination round.

Qualls dominated the Road Warriors with 39 points, 16 rebounds and two blocks while Christian Standhardinger also finished with a double-double of 24 points and 13 rebounds.

The league also handed out a P5,000 fine on Standhardinger for his flagrant 1 against Kiefer Ravena following a review.

NLEX’s Philip Paniamogan was also fined P5,000 for his flagrant 1 on Standhardinger while Ravena was fined P1,000 for incurring a technical foul.