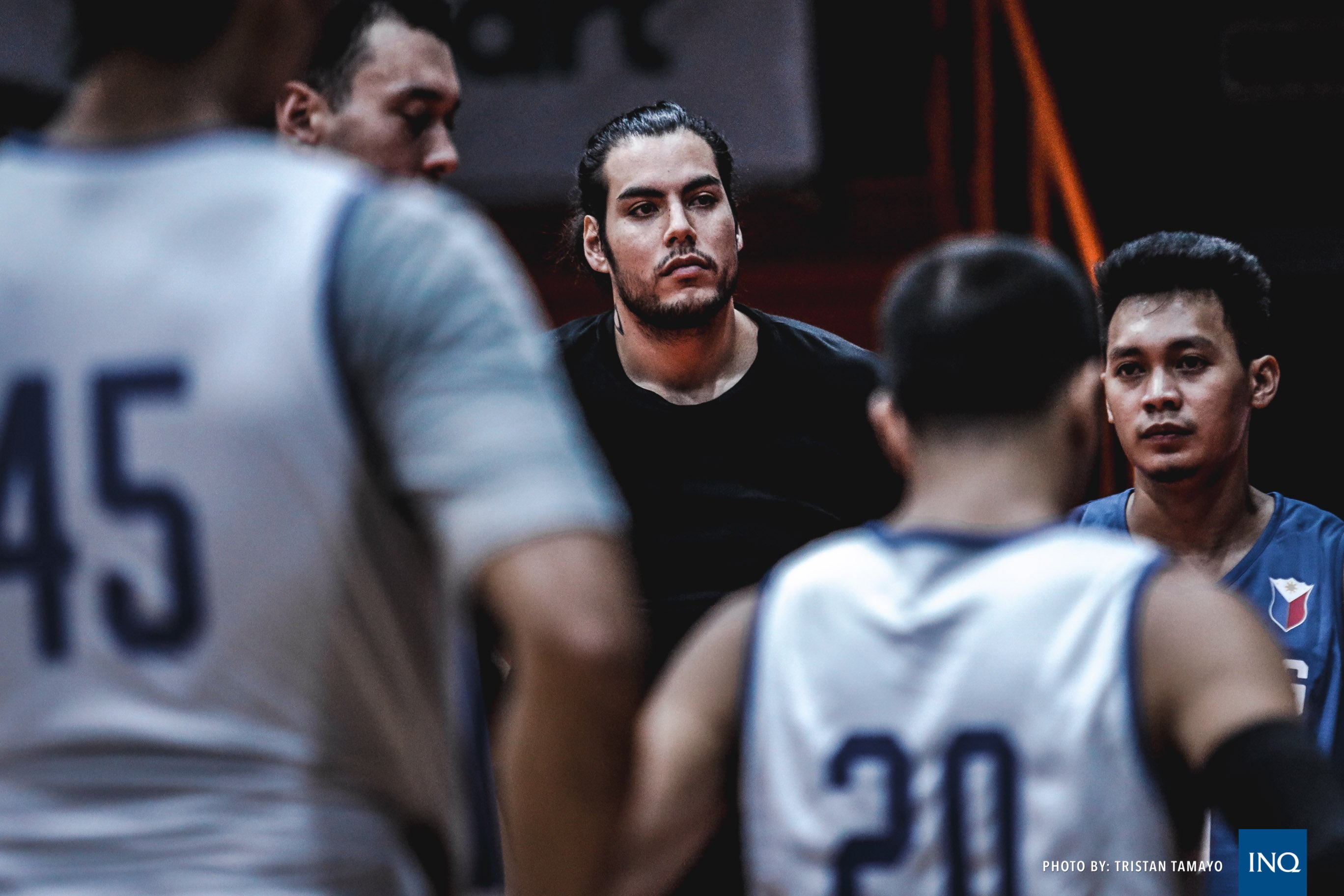 MANILA, Philippines—Christian Standhardinger will perform his national duty no matter what.

Standhardinger was one of the early attendees of Gilas Pilipinas’ training on Thursday, just mere hours after he helped NorthPort overcome NLEX, 126-123, in a classic triple-overtime game in the quarterfinals of the PBA Governors’ Cup.

Despite playing a record 61 minutes the night before, Standhardinger showed up and immediately ran drills even before the 10 am practice began that even head coach Tim Cone was surprised that the big man arrived before him.

Standhardinger said being tired is not an excuse, especially with their matches in the 2019 Southeast Asian Games are less than a week away.

“Of course I’m tired. Coach mentioned that we only have a little amount of time to really prepare for the SEA Games,” said Standhardinger at Upper Deck. “We have six or seven practices left so I’m just trying to take advantage with the team.”

“We only have one shot. Of course, I’m tired but there needs to be sacrifice and I’m willing to take it.”

Standhardinger said he arrived with forward Japeth Aguilar and that June Mar Fajardo and Troy Rosario were already at the practice facility when they arrived.

“When I got here, he [Standhardinger] already had the band around him and he was doing cone work I was like ‘are you kidding me?’ so I put him on a team so that he could take a break once in a while,” said Cone.

“I told the team that Christian can be a role model for all of us in terms of work ethic… He’s an amazing person at this point. His work ethic is so good he embarrasses me,” said Cone with a chuckle.

As for Standhardinger, who had 33 points, 23 rebounds, and seven assists in the Batang Pier win, dutifully performing his duties for the national team is his own way of giving back to Filipinos.

“Since I enjoy pushing myself and embracing the role, I will do it and obviously sacrificing for the country makes everything a lot easier,” said Standhardinger. “There are a lot of hardworking Filipinos out there and if we can play hard and win then it would bring a little bit of joy and entertainment to their lives.”

“We can affect so many lives just by playing hard.”