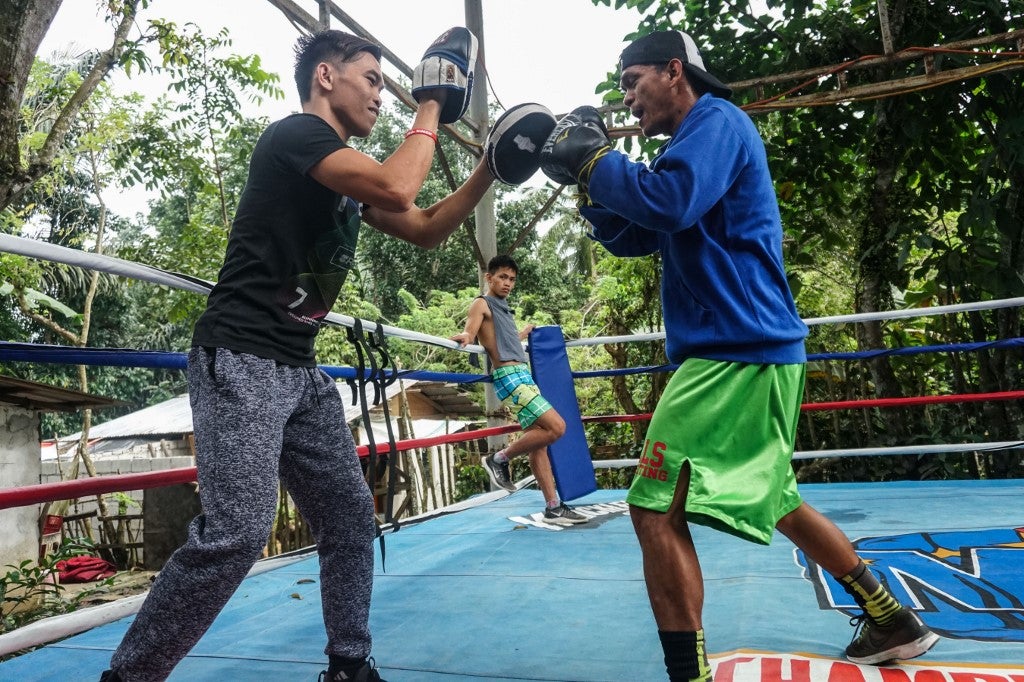 In this photo taken on November 14, 2019, Filipino boxers train at an open boxing ring in Magallanes, Cavite province. In boxing-obsessed Philippines, scores of young would-be fighters dream of becoming the nation’s next Manny Pacquiao, but it takes a sharp eye and practiced hand to forge these raw strivers into champions. (Photo by DANTE DIOSINA JR / AFP) /

In the boxing-obsessed Philippines, scores of young fighters dream of becoming the next Manny Pacquiao, but it takes a sharp eye and vast experience to pick out a potential world champion.

That expertise comes from the scouts and trainers who scour amateur matches at dusty town “fiestas”, rely on spotters’ referrals or size up hopefuls as young as eight training in well-worn gyms.

They are the lesser-known but vital cogs in the Philippines’ boxing machine, which has produced dozens of world champion fighters, many of whom were born into poverty.

It’s a risky way to make a living — some coaches have faced ruin when the fighters they have backed, pouring money into their training and upkeep, didn’t win.

But when victory comes, the pay-off can be big, or at least enough to keep going in the sport they love.

The shining example is, of course, Pacquiao. Born into a poor family, he quit school at 14 and ended up on the street. Pacquiao, now also a Philippine senator, declared assets worth some $59 million in 2018.

His career, including an unparalleled eight world championships in different weight divisions, is a tempting incitement to boys born into similarly bleak circumstances.

While in real life they may be impoverished and ignored, in the boxing world they are a precious element to be forged into winners.

“We, the coaches, are looking for boxers who would become the next Manny Pacquiao so we teach them everything, including discipline and humility,” said Anthony Ornopia, a former boxer who is now a trainer.

Spotting them is more art than science, but the scouts are looking for more than just the ability to pummel opponents with their fists.

“The number one trait I look for in a boxer is the attitude,” trainer Joven Jimenez told AFP, saying his fighters need to be “determined, obedient and disciplined”.

“It’s a bonus if the boxer looks good, too,” he quipped, saying it helps in the promotion of a match. 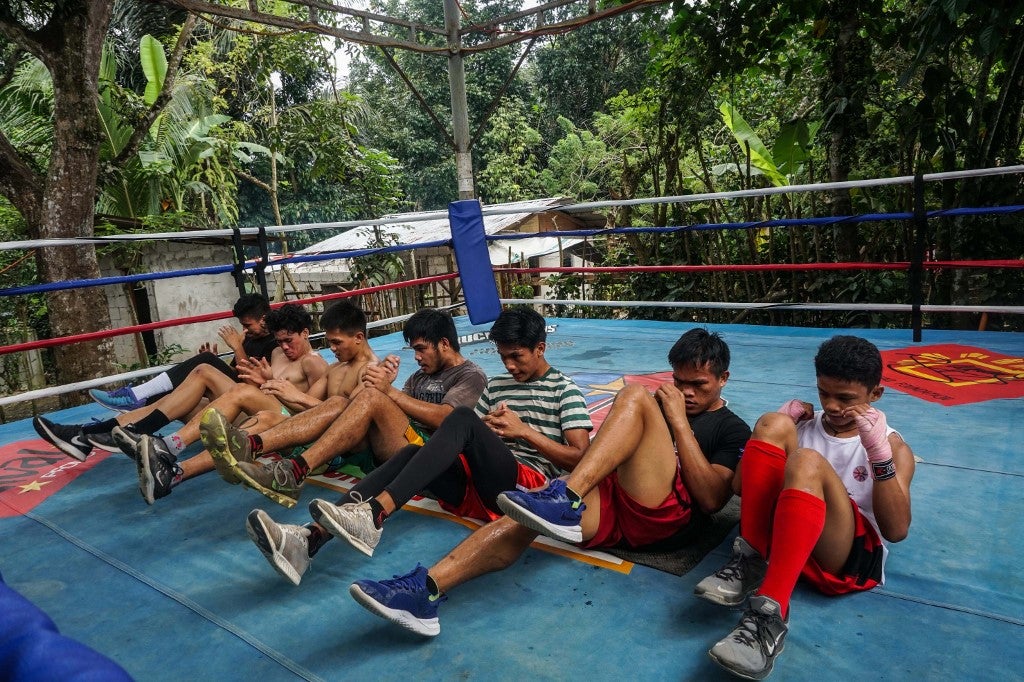 In this photo taken on November 14, 2019, Filipino boxers train at an open boxing ring in Magallanes, Cavite province. – In boxing-obsessed Philippines, scores of young would-be fighters dream of becoming the nation’s next Manny Pacquiao, but it takes a sharp eye and practiced hand to forge these raw strivers into champions. (Photo by DANTE DIOSINA JR / AFP) / TO GO WITH: SEAGames 2019 PHI boxing, FOCUS by Ron LOPEZ

A dozen fighters train under his guidance in a rough outdoor camp south of the capital Manila, spending hours a day sparring and lifting weights.

Jimenez’s star, and partner in the gym, is 27-year-old Jerwin Ancajas, who is set for an IBF junior bantamweight title defense in December.

The boxers are a significant investment — and gamble — as they are fed, housed and given a modest allowance.

Years of training expenses and no wins drained Jimenez’s savings, and by 2013 he was forced to sell his properties to stay afloat.

But exercising the same determination they demand of their fighters, Jimenez and Ancajas kept going — even if they had to train in vacant lots and in the street.

Then in 2016 came what they had hoped and prayed for: Ancajas’s IBF junior bantamweight belt. A defense of the title a year later netted enough cash to invest in their own gym.

The enormous popularity of the sweet science in the Philippines means scores of children gravitate to gyms, but just a handful stick it out.

“Out of 10 children, there will only be one or two of them who really wants to pursue boxing,” said trainer and coach Edito Villamor.

“I hope just one of two of them will (succeed),” he added. “Just one or two of them and we’re good.”

One of the hotspots of boxing in the Philippines is Pacquiao’s hometown, General Santos City in the nation’s south.

Regular tournaments put plenty of contenders on display, and serve as a magnet for fighters from other areas.

“We look for the potential of the boxer whether he wins or loses in a fight,” said promoter JC Manangquil of Sanman Promotions, which has 40 fighters including 12 who have won international titles.

Once they take on a boxer, the real work of training and shaping begins. It can take years, and many fighters don’t make the grade.

“People always think that what we do is very simple — one fighter gets big and famous and gets money,” he said. “But they don’t know how we reach that after many boxers who failed.”