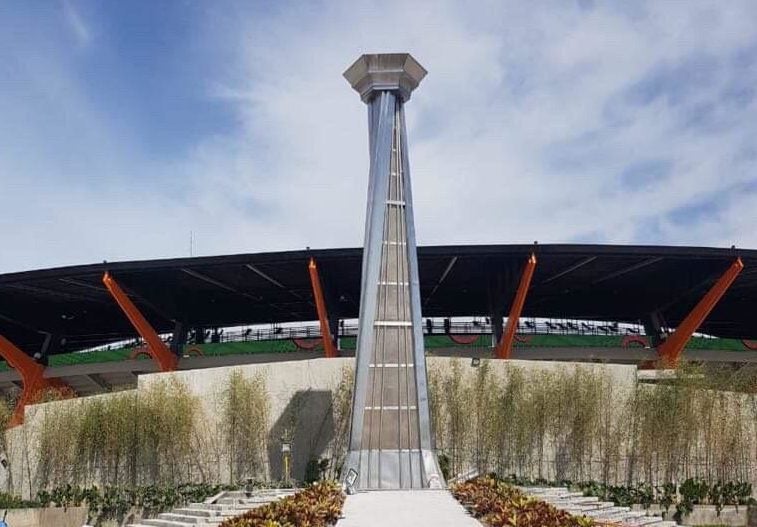 New Clark City, one of the main venues for the 30th Southeast Asian Games, was placed on lockdown Saturday afternoon, just hours before the biennial meet’s grand opening at Philippine Arena in Bocaue, Bulacan.

The cauldron that is going to be used in the opening ceremonies is at NCC in Capas, Tarlac.

Erwin Aguilon, Radyo Inquirer’s reporter on the ground, said that spectators and members of the media were denied access and were told to just return on Sunday, a day after the opening ceremonies.

Some spectators have come from as far as Laguna, Isabela, and even Butuan, said Aguilon.

“Venue guards said that ’orders’ were given by the NCC administration,” said Aguilon. “Only employees and volunteers were allowed access.”

A person closely monitoring the situation told Aguilon that the lighting of the much-talked-about cauldron at NCC had been pre-taped. The festivities at the cavernous venue in Bulacan is set to commence at 7 p.m.

Incidentally, a video of a pyrotechnic display from the NCC Sports Complex made rounds on social media on Saturday, Nov. 26.

TEST RUN of Cauldron at the New Clark City.👏👏

On Nov. 20, Phisgoc COO Ramon Suzara told the Inquirer that they “want it to be exciting.”

“It’s a surprise,” he when asked about how exactly the cauldron is going to be lit, given its roughly 90-kilometer distance from Bocaue.