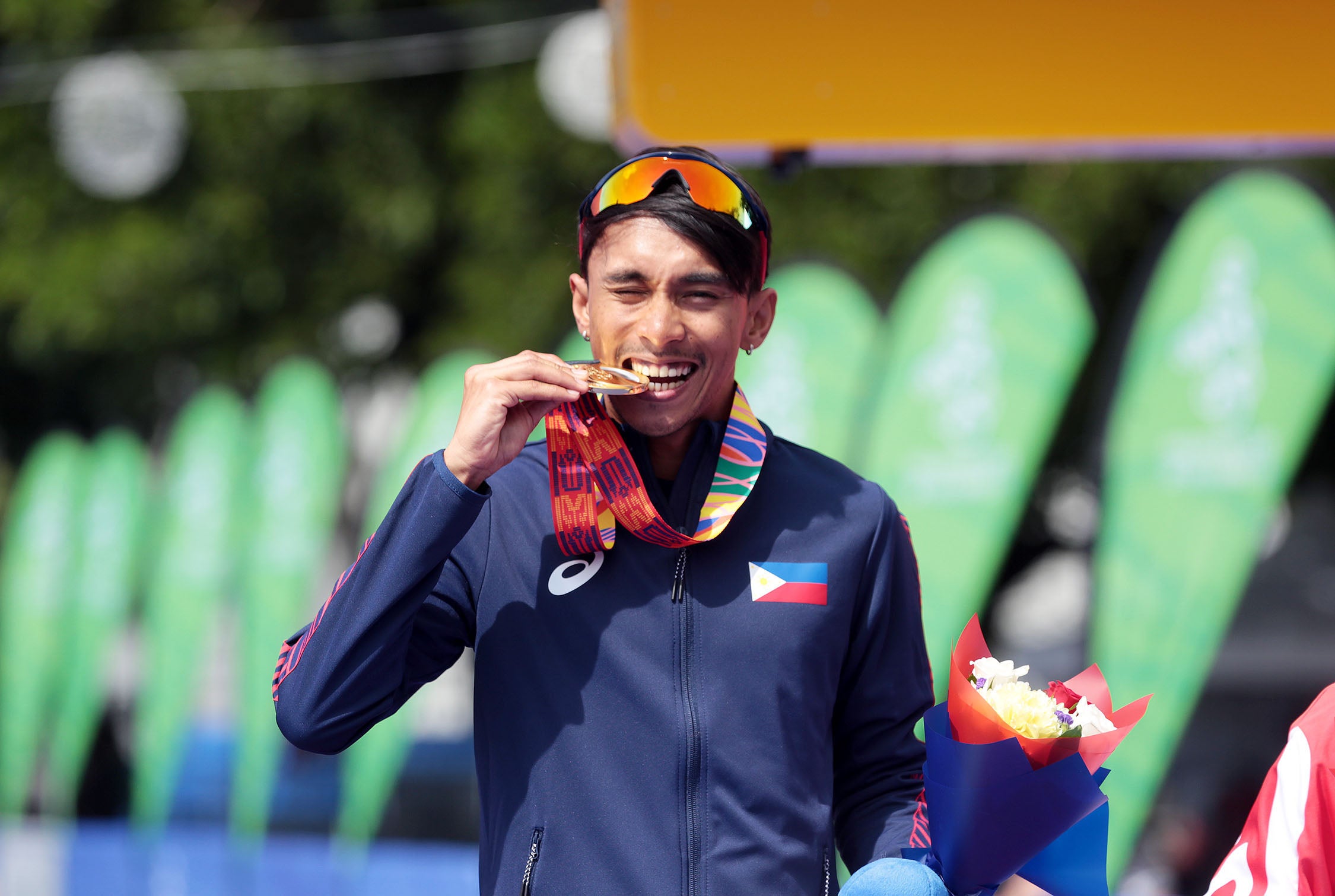 SUBIC BAY FREEFPORT—John Leerams Chicano, popularly known as Rambo in the triathlon community, was a promising cyclist competing in the junior ranks when he suddenly became a father in 2007.

He needed a job to support his baby girl, so his father took him to a regular customer’s bike shop to work as a janitor and helper. The bike shop’s owner turned out to be Melvyn Fausto, coach of the national triathlon team.

“First we trained him as a bike mechanic,’’ said Fausto. Because he was already a cyclist, Fausto decided to turn him into a triathlete. He taught him how to swim from zero. In three months, Chicano became a triathlete.

Within one year, Chicano was good enough to compete in the Subic International Triathlon and he started to win races. In 2009, Chicano became a member of the national team.

In 2017, Chicano competed for the first time in the Southeast Asian Games. As the No. 2 Filipino triathlete, he served as back up for Nikko Huelgas, who was trying to defend his 2015 title. But Huelgas was in trouble in the bike leg of the competition. Instead of pulling away, Chicano stayed with Huelgas and towed him throughout the bike leg.

Huelgas managed to recover while drafting behind Chicano, but the latter was so wasted from the effort that he fell back in the run leg. With fresher legs, Huelgas went on to win the gold. Chicano settled for the silver, but his sacrifice did not go unnoticed. Huelgas himself acknowledged the help he got from Chicano.

On Sunday, it was Chicano’s time to shine – with a Southeast Asian Games record to boot — as he and teenage sensation Kim Remolino pulled off another 1-2 finish by Filipinos in men’s triathlon.

He crossed the finish line in Subic Bay’s Boardwalk, a stone’s throw from the bike shop where he was once a janitor. And he savored the victory with his 10-year old daughter Lira, the baby who forced him to land the job that would later vault him to fame.