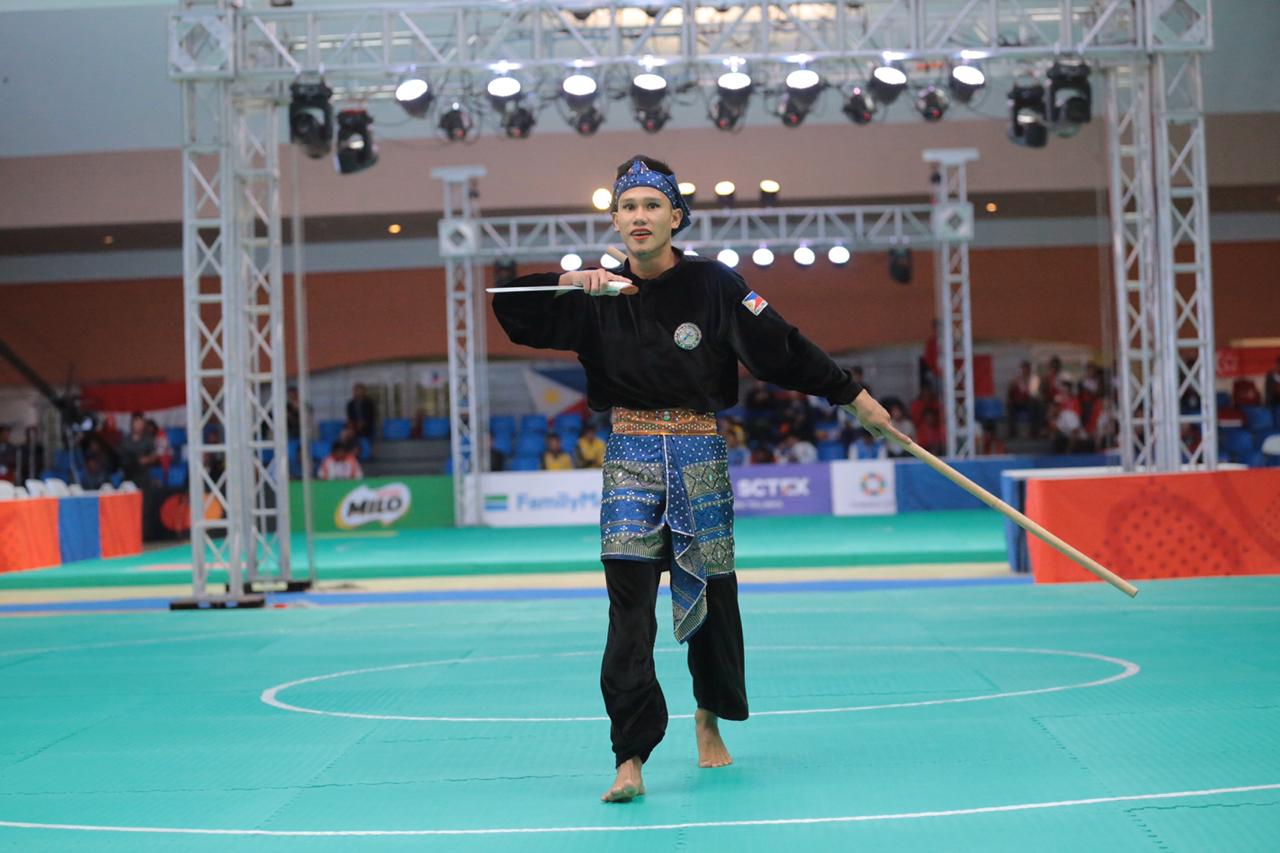 Tacuel, a prized find from Tubongan, Iloilo, got the nod of the judges to compile 470 points in his first stint in the 11-nation biennial meet.

“This is the happiest day of my life. I thank my family, coaches, teammates and the government (Philippine Sports Commission) for helping me achieve my dream,” said an emotional Tacuel, a son of a farmer and sixth among a brood of seven children.

Tacuel used to compete in arnis before a friend asked him to try his luck at pencak silat.

He got a spot in the national team in April and joined the squad in a pair of training camps in Singapore and Thailand.