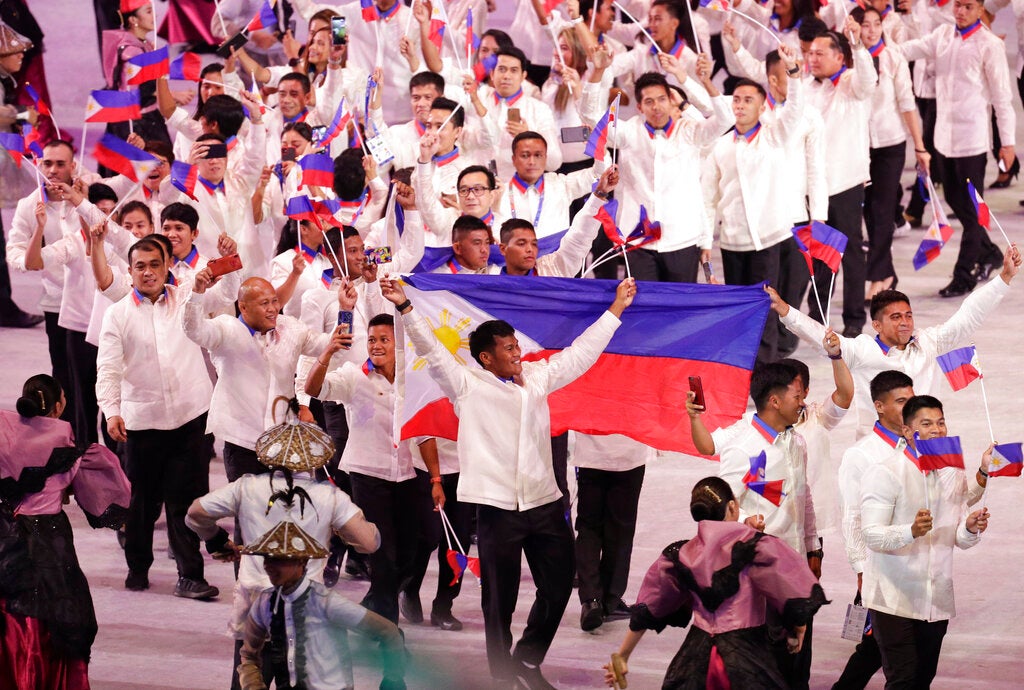 MANILA, Philippines–Hitting 25 golds in just the second day of the 30th Southeast Asian Games, the Philippines has surpassed its gold medal output from the 2017 edition of the regional sports meet.

Based on the SEA Games official medal tally as of 12:18 pm, the Philippines also has 15 silver and nine bronze medals.

But the Philippine delegation is just scratching the surface of its potential with more golds expected in the coming days as more events kick off. The biennial sportsfest ends on December 11.

Dancesport has so far produced the largest number of golds with 10 after a spectacular showing in the one-day event on Sunday. Arnis also produced five on the first day of festivities.