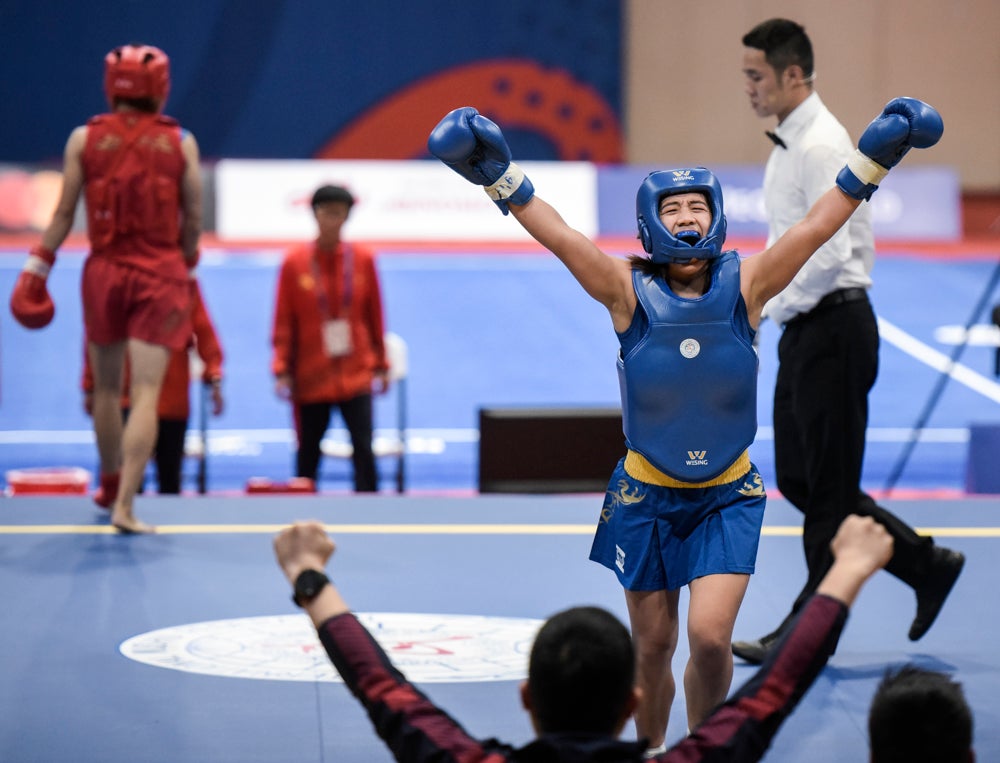 Divine Wally started off the onslaught when she dominated Thi Chinh Nguyen of Vietnam for the gold medal in the women’s 48-kilogram division.

Wally relied mostly on her takedowns to get the approval of the judges as she continuously sent Nguyen to the mat.

Another Filipino bet Jessie Aligaga followed it up with an equally superb victory over Ade Permana of Indonesia for the men’s 48-kg gold medal.

Relying more on his striking, Aligaga kept the judges’ favor by his side throughout the match.

Arnel Mandal made it a hat trick of gold medals for the Philippines after a master class against Indonesia’s Pandu Laksamana in the men’s 52-kg division.

Solis shrugged off a slow start as he repeatedly threw Widiyantu to the mat en route to the gold medal in the men’s 56-kg division.

Clemente Tabugara came out firing in the third round and earned the judges’ nod to claim the country’s fifth gold medal in the event, beating out Thailand’s Kittisak Suksanguan in the 65-kg division.

Gideon Padua, meanwhile, settled for the silver medal after losing to Truong Giang Bui in the men’s 60-kg division final.

Bui got into his offense early and that was enough momentum for the Vietnamese to hold off Padua’s efforts.